Celebrating its 10th anniversary, the Tribeca All Access (TAA) will reward $150,000 in grants and year-round support to 11 new projects—6 narratives and 5 documentaries. 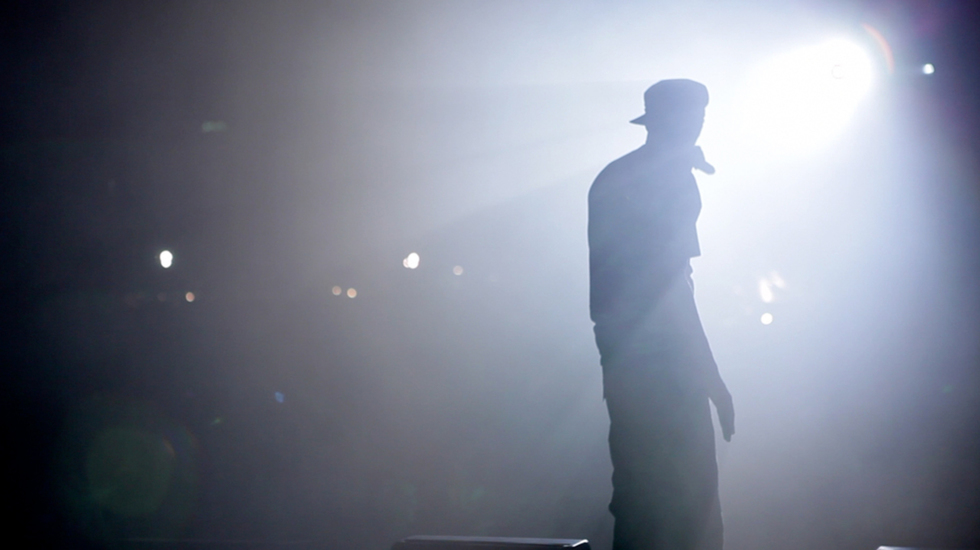 The Tribeca Film Institute (TFI) is happy to announce the 11 new films chosen for the 10th Annual Tribeca All Access (TAA) program, continuing its mission of discovering, nurturing and celebrating the next generation of storytellers. Since its founding in 2003, TAA has championed 227 films and over 500 filmmakers from under-represented communities. In addition to an initial $15,000 grant, TAA provides year round guidance, support and resources to help these filmmakers finish their projects. This year’s recipients, which include emerging talents and established filmmakers, are busy on a wide array of works-in-progress.

Out of 560 submissions, 10 filmmakers with unfinished projects from across the country were chosen to participate in this year’s program. In conjunction with TAA’s six-year partnership with the Canadian Film Centre, one additional project was chosen to bring the number of recipients up to 11—6 narratives and 5 documentaries. To kick things off, TAA will sponsor a three-day career-development program from April 22-24, during the 2013 Tribeca Film Festival (TFF), presented by American Express®. Additionally, two projects will be selected as recipients of the juried Tribeca All Access Creative Promise Awards, presented by the Time Warner Foundation and celebrated at a ceremony on April 24.

TFI will also launch the TFI Professional Partnership with the goal of continuing its commitment to support the careers and projects of its grantees, including those involved with TAA. The initiative will partner leading companies with a pool of talented filmmakers who are seeking ways to translate their skills into other areas such as television, the web, marketing, and education. To initiate this exciting project, the TFI Professional Partnership will conduct a professional development panel during the Festival.  After the panel, each partnering company, including NBC Universal and Warner Bros, will select at least two TFI grantees to consider further one-on-one development opportunities.

5 grants will be awarded to documentary projects in various stages:

An icy vault in the Arctic Circle safely stores seeds from around the world, but there is no such vault for humans or nations. Long Year Begin offers a poetic meditation on humanity’s perpetual quest for self-preservation.

Amid the bustling frontier world of Oregon’s matsutake mushroom camps, an unexpected father-son pair endures a tumultuous mushroom-hunting season. They grapple with wounds from Southeast Asian wars, attempting to find the high-priced mushroom before snowfall. An odyssey into the woods, into the memory of war and survival, Roots & Webs tells a story of family from enigmatic woodland realm.

(T)Error captures the spectacular unraveling of an active FBI counterterrorism sting operation, and the dramatic aftermath that occurs when the target of the investigation realizes that a government informant is setting him up.

A feature length documentary film told through the lens of rapper Nas and his bluesman father Olu Dara, Time Is Illmatic deconstructs Nas' indelible rap album Illmatic and the socio-economic and cultural conditions that inspired the landmark work and gave voice to a generation.

A feature length documentary film about the artist and filmmaker Shirin Neshat that takes us inside Shirin’s world and explores her life and work. It is the story of her life and challenges as a female Iranian artist living in exile.

5 grants will be awarded to narrative projects in various stages:

If You Stay
Written, Directed, and Produced by Roja Gashtilli; Written and Directed by Julia Lerman

Iranian-born, American-bred Elham "Ellie" Amiri runs out of patience with her All-American lover and America when neither seems to want to commit to her.  Coming of age meets coming to America in this moving and imaginative comedy about youth, identity and sexual politics in NYC.

After the death of his adopted mother, a Canadian man travels to rural India desperately searching for the birth family he’s never known and seeking to unravel the mystery surrounding his adoption.

A conman with no past and a former CIA agent join forces to “lobby” politicians by blackmailing them into voting for progressive legislation.

In this subversive romantic comedy about growing up without regret, 27 year-old emerging comic Donna Stern (Jenny Slate) gets dumped, fired, pregnant, and has the best worst Valentine's Day of her life.

Under the watchful eye of his vain, ‘Modern Christian’ uncle, a shy young boy forges an unlikely partnership with a foul-mouthed, down and out playboy.

The narrative project selected to participate from the Canadian Film Centre (CFC) is:

A union organizer in Mexico loses his job and joins a band of corrupt detectives planning to kidnap the company’s owner.

Two projects will be selected as recipients of the juried Tribeca All Access Creative Promise Awards, presented by the Time Warner Foundation and recognized at a ceremony on April 24. Selected by a jury of industry professionals based on the strength of the filmmakers’ visions, the two awards will each provide an additional $10,000 grant to one documentary and one feature project. The program will culminate with the TAA 10th Anniversary Celebration on April 26.

Packages and passes are on sale now for American Express® cardholders and will go on sale to the general public on Monday, March 11 at 11am:  Learn more about TFF 2013 Ticket Packages.

Follow Tribeca Film and Future of Film on Tumblr