Ava DuVernay will follow up SELMA with a pair of science fiction movies. Here's why that's such great news for genre fans. 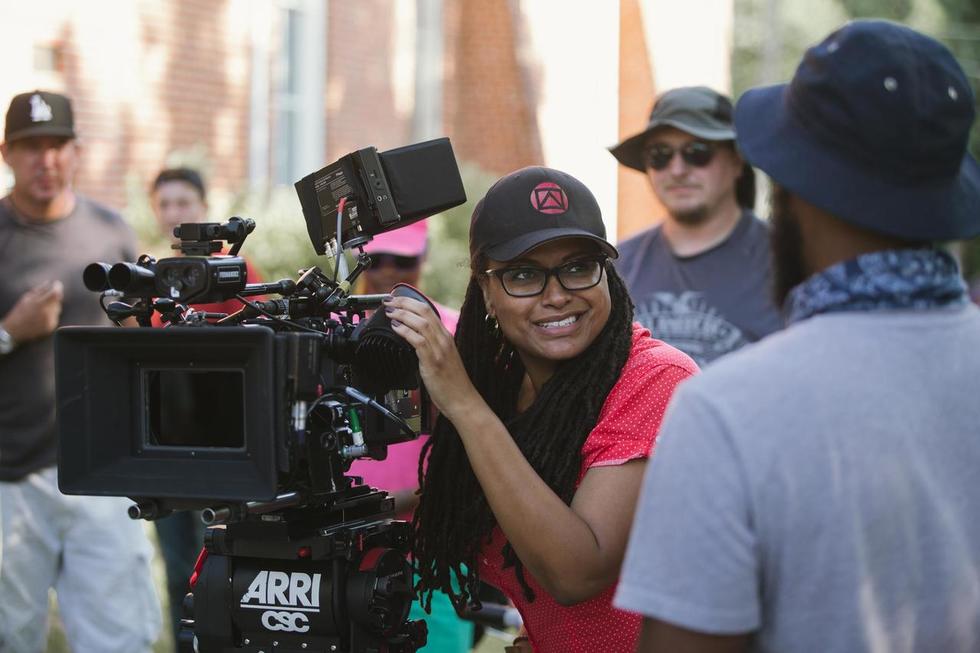 Reality check: While it's definitely #OscarsSoWhite, it's also, on a more granular level, #GenreCinemaSoWhite.

Last February, I wrote a piece for the now-defunct film site The Dissolve (R.I.P.) about the horror genre’s sad lack of black filmmaking voices. By “lack,” think an absolute dearth from top to bottom. One of the directors I spoke to for that piece was Ernest Dickerson, the rare black filmmaker who’s successfully worked in horror; he directed 1995's underrated Tales from the Crypt Presents: Demon Knight and has shot many of AMC’s The Walking Dead’s best episodes. During our chat, Dickerson mentioned that he's long been trying to get various science-fiction projects off the ground but hasn’t been able to due to the film industry’s diversity-related issues. His frustrations had been amplified by a 2013 visit to Howard University, where he spoke during a seminar in front of a room full of aspiring filmmakers, many of whom had expressed their interest in making sci-fi movies.

Dickerson knows something that Hollywood’s close-minded elite have regularly ignored, or just refused to accept and embrace: Black filmmakers love genres like science fiction and horror. So why aren’t they given the opportunities to indulge in those genres, especially when both horror and science fiction continue to be hugely lucrative at the box office.

Last September, a ray of hope shined for horror when Key & Peele's Jordan Peele announced that his directorial debut, Get Out, will be a horror movie produced by Jason Blum and midas Blumhouse touch (see: the Paranormal Activity and Insidious franchises). And rather than make a generic scare flick, Peele has crafted a racially charged and socially relevant genre narrative. "Like comedy, horror has an ability to provoke thought and further the conversation on real social issues in a very powerful way," said Peele in an official statement. "Get Out takes on the task of exploring race in America, something that hasn’t really been done within the genre since Night of the Living Dead 47 years ago. It's long overdue."

Amen to that. Whenever Get Out is released (most likely in 2017), expect it to be a success—if the response to the Keanu trailer is a proper indication, the Key & Peele fellas are about to crush Hollywood. But let’s also hope that it sparks a new wave of behind-the-camera diversity in horror. Because if change is going to happen, it’ll need to start with an undeniable box office bang.

The kind of bang that Disney intends to achieve with its recently announced adaptation of Madeleine L’Engle's classic 1963 sci-fi/fantasy novel A Wrinkle in Time. To bring the project to life, Disney has hired Ava DuVernay to direct the film, which follows a young girl's efforts to locate her missing scientist father, who’s created a top-secret object called a "tesseract" that enables users to visit other planets and dimensions. The script will be written by Oscar winner Jennifer Lee, who wrote and co-directed Disney’s 2013 juggernaut Frozen.

A Wrinkle in Time will mark a gigantic leap forward in scope for DuVernay, following her big-studio-backed yet still intimate and small-scale Selma and her independently made character studies before it. But DuVernay is clearly ready for the progression—in addition to A Wrinkle in Time, she's also attached to direct the sci-fi thriller Intelligent Life, about a United Nations worker whose investigations into the existence of earthbound aliens coincides with his falling in love with an actual extra-terrestrial. (Intelligent Life is already set to star Lupita Nyong'o.)

Post-Selma, DuVernay has enthusiastically led the charge against the film industry’s longstanding discriminations and scarcity of non-white-guy voices. If there’s anyone who can spark a genre-specific revolution, it’s her. The ideal scenario: Both Jordan Peele's Get Out and Ava DuVernay's A Wrinkle in Time end up being enormous financial triumphs that motivate producers and studio executives alike to start bankrolling genre films for a more diversified group of screenwriters and directors.

Imagine how exciting DuVernay’s upcoming slate must be for those aforementioned Howard University students. Thanks to her, as well as Jordan Peele, their dreams of telling the kinds of genre stories traditionally reserved for white people finally have the chance to become realities.