Where do we stand on the top docs of 2013 so far? We've ranked the ten best in terms of box-office, critical acclaim, and general buzz. 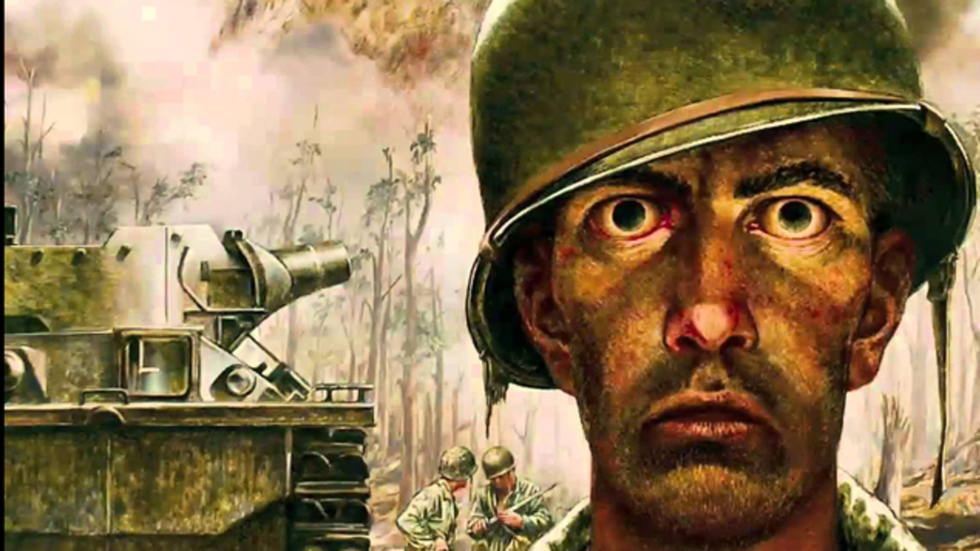 New this week to the doc marketplace is Salinger, a look at, surprise surprise, the life of legendarily reclusive author J.D. Salinger, whose time in World War II, his novel The Catcher in the Rye, and his largely hidden private life come under the microscope. We'll see if it's able to get a good enough recepton to crack our Top 10 going forward.

Documentaries have been remarkably strong for the year. In an effort to keep up the chatter on this stellar crop of docs, we're ranking the year's top documentaries every week, based on a super-secret algorithm that reflects box-office success, critical praise, and overall buzziness (that's what makes it super-secret!). This week, we added per-screen averages (that is, how big are the crowds in theaters that are actually showing docs) and to-date awards success. How did things shake up?

1. 20 Feet From Stardom: This supreme crowd-pleaser about backup singers has climbed to the top box-office slot among docs for the year. Here's hoping it opens across the country, because there is absolutely no reason this couldn't be a hit in every market. Previous Rank: 1

2. The Act of Killing: Another triumph of taking the documentary genre to new and creative places. Previousl Rank: 3

3. Blackfish: The case against Sea World, and indeed against keeping killer whales in captivity at all, is made with an impressively voluminous array of former trainers, handlers, and employees. An "issue" doc that makes an impressive prosecutorial case. Previous Rank: 2

4. Cutie and the Boxer: A husband-and-wife tale about art, age, companionship, and identity, this debuted to great reviews and strong per-screen averages. A Tribeca Film Festival and Sundance award-winner, it's one of the year's top docs. Previous Rank: 4

6. Sound City: The story of the famed music studio is the second rock-themed winner of the 2013 documentary slate. It remains the only 2013 movie in any genre with a 100% score on Rotten Tomatoes. Previous Rank: 7

7. Call Me Kuchu: This heartbreaking story of gays in Uganda has struggled to find placement in theaters, but those who do see it have raved about it. Previous Rank: 6

8. Our Nixon: Uncovered Super 8 reels of Nixon and his inner circle during the Watergate days characterizes Penny Lane's documentary, which reveals a paranoid administration hunkering down together. Previous Rank: n/a

9. Room 237: The Shining fandom comes into the foreground. Another doc that succeeds despite being an "issue" movie. Previous Rank: 10

10. Terms and Conditions May Apply: Have you ever actually read the fine print when signing up with Facebook/Google/Amazon/iTunes? This doc purports to tell you all about what you're giving away. Coming at a time when this kind of thing could not be more timely, expect this one to snowball attention as the year goes on. Previous Rank: 9