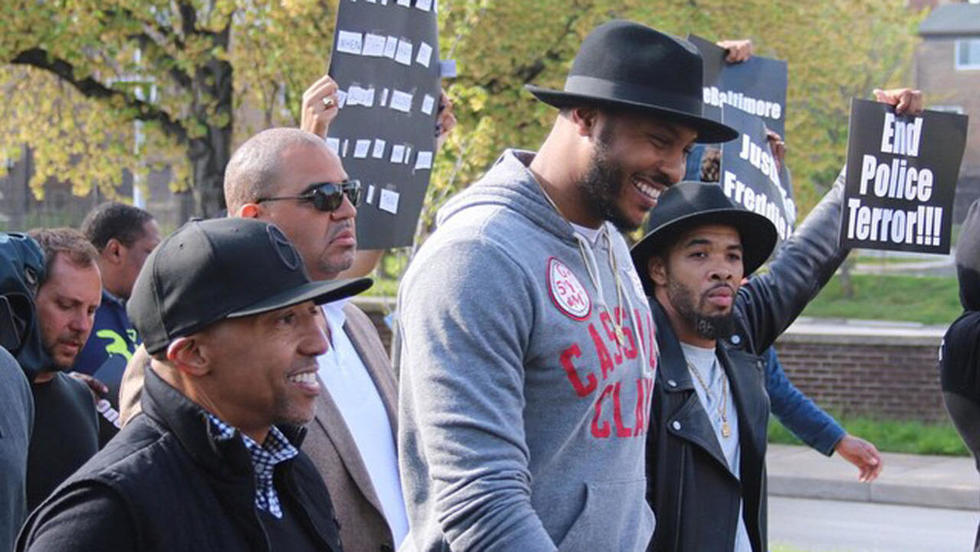 The New York Knicks didn’t exactly have a season to remember—actually, the Knickerbockers and all of their fans are most likely trying to forget that the 2014-2015 NBA season ever happened. But with the Knicks absent from the league’s current playoffs, there’s plenty of time for the players to handle all kinds of other business. And for superstar Carmelo Anthony, that means doing the right thing.

Having lived in Baltimore in the past, Anthony has admirably taken it upon himself to help the city out n the wake of Freddie Gray's tragic passing on April 19, a week after the 25-year-old suffered “significant spinal injury” at the hands of a police officer. Three days ago, Anthony posted pics on his Instagram showing him marching down the streets of Baltimore, and CNN’s Ryan Young was there to get the hoops star’s thoughts on B-More’s current unrest.

Check out Anthony’s photos and the CNN footage on Yahoo.