A new AR initiative makes storytelling possible for anyone, anywhere. 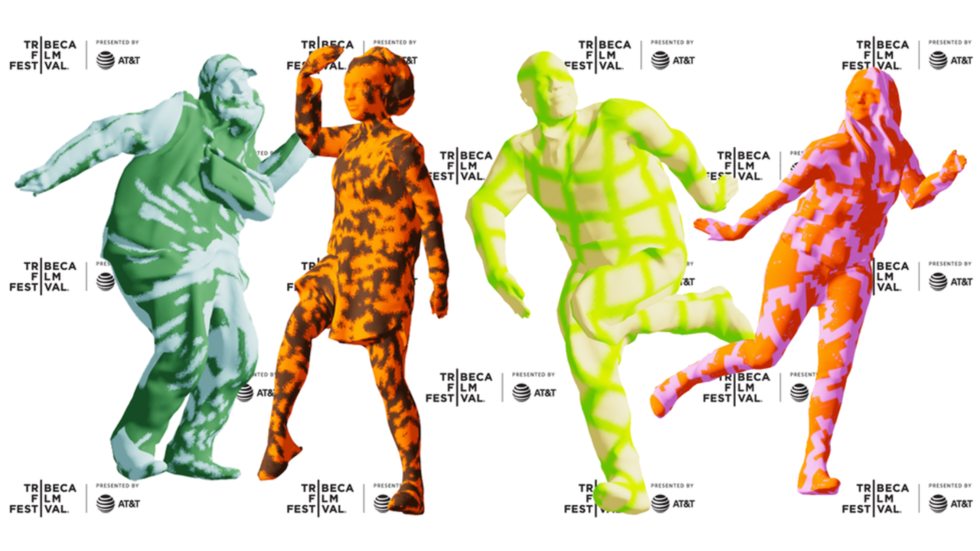 We asked you to keep writing, animating, and filming — and showing the world your work! Our new augmented reality tool, developed by design and experience agency Jam3, connects our community even when we can’t be together in real life. Though we had expected to be gathered together in person for the 2020 Tribeca Film Festival, this new experience gave audiences an opportunity to engage with one another and celebrate storytelling from their homes.

In early March 2020, Tribeca deployed a cast of 3-D avatars in print and digital ads from the Festival’s “Discover Your Tribeca” 2020 creative ad campaign, concepted by New York-based artists Tin & Ed. Since the Festival’s postponement, these avatars have been repurposed to celebrate the digital Festival, which kicked off on April 15th.

The campaign features a community of Tribeca staff, audience members, artists, and actors, as well as emerging and notable filmmakers. 3-D scanning technology company Lenscloud used photogrammetry technology to turn participants into their avatars, then Jam3 stepped in to bring them to life.

Jam3 transformed the campaign — which initially rolled out in media print and out-of-home advertising — into an AR and digital takeover to engage with audiences throughout Tribeca’s digital version of the Film Festival.

The agency turned some of New York’s coolest creatives into dancing AR avatars that can add a little pizazz to your everyday life. With their tool, you can make NYC’s legendary Radioman dance across your desk or let Hedwig and the Angry Inch’s John Cameron Mitchell shimmy over your sourdough starter. We asked you to take our festival’s avatars and imagine their story in AR — the more creative, the better.

First up: creative director and producer Carol Liu, whose VR short film "Tale of the Tibetan Nomad” was featured in this year’s Cinema360 immersive program, invited her dog to join the fun. (Who doesn’t love a dog video, right?)

Then there’s “Tiptoe Through the Pea Shoots,” which shows what happens when many of our avatars have the time of their lives on one desk. If only working from home was always this exciting:

For those who could use a music break, here’s a little something to entertain your ears:

And, of course, we have to end with a standing ovation for all the people finding new ways to connect and create:

Want to make your own? Try it out here and see for yourself.

Thank you to everyone who shared their work with us using the hashtag #TribecaMakesMeWanna. Every single one of you had the same AR tool in your hands, but the magic is in how you used it and brought your ideas to life. Even when we’re apart, our community continues to impress us with their ingenuity and resiliency.

See more #TribecaMakesMeWanna clips in our Instagram Highlights, and learn more about Jam3 here. Plus, see the winners of our 2020 Juried Awards — a one-of-kind awards show we also collaborated with Jam3 for!