Announcing the Lineup of DailyCandy and Tribeca's 'Fashion in Film' Event

This one-of-a-kind free event will take over Tribeca Cinemas September 19th and 20th with two original short films, an Instagram contest (that you can enter today), a 'Great Gatsby' costume display and much more in celebration of fashion in film, presented by DailyCandy and Tribeca. 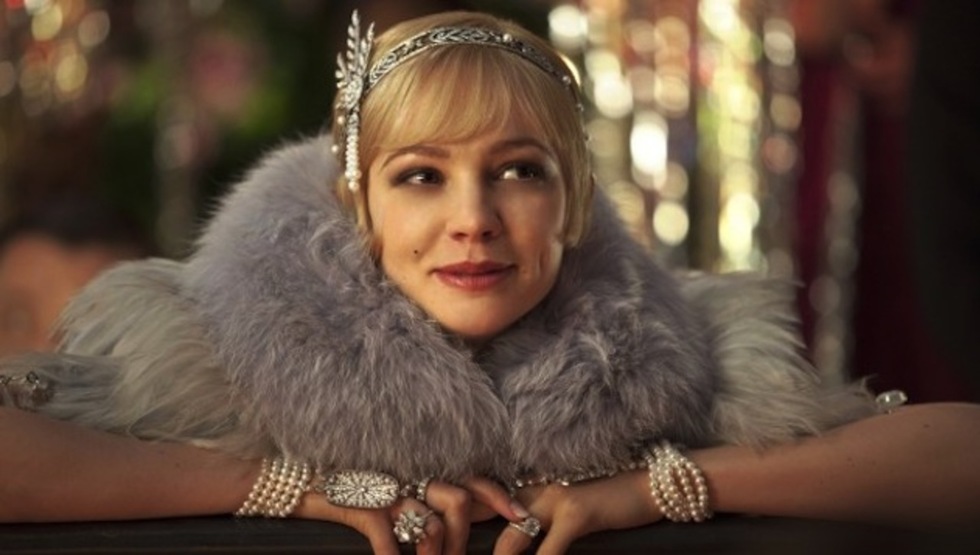 Today we're pleased to announce the lineup of an exciting, open to the public "Fashion in Film" event. We've partnered with DailyCandy, the premier online women’s content destination for fashion, food, and entertainment for a first-of-its-kind multi-day, multi-platform event.

“Fashion in Film,” which is free and open to the public, will take place September 19 and 20. In addition to the films and panels, a free exhibition of Catherine Martin’s exclusive costume designs from The Great Gatsby will be on display at Tribeca Cinemas in New York City, where all events will be located.  In addition, as part of DailyCandy’s recent redesign, the two original films and panels will be available for all consumers to view on DailyCandy’s online and mobile platforms as an element of the digital brand’s renewed focus on video initiatives.

The multi-day event will feature two original short films, one documentary and one narrative. Filmmaker Christina Voros, who premiered two new films this year – Kink at the Sundance Film Festival and The Director at the Tribeca Film Festival – is shooting a documentary featuring influential fashion blogger and photographer Tommy Ton of the blog “Jak & Jil.”

The narrative film, a mockumentary titled Ivy Holland, featuring Alex Butler, will be helmed by Matt Lenski, who is known for his short film Meaning of Robots featured in the Sundance Film Festival.

Complementing these original film commissions will be live panel discussions. The first will feature Martin in dialogue with Parson’s Dean of Fashion Simon Collins. The second features a conversation between Iris Apfel and Albert Maysles, who is making a documentary on Apfel. As part of the two-day showcase, special tributes will be made to both Catherine Martin and Iris Apfel to honor their contribution to film and fashion.

Parallel to the “Fashion in Film” event, DailyCandy and Instagram are teaming up for a fan-driven social contest inviting consumers to use video to showcase how fashion influences their lives. From August 20 - September 2, fashion fans can upload their 15-second shorts to Instagram using the hashtag #fashioninfilm. A jury of fashion and film influencers, including DailyCandy editors and DailyCandy’s Chief Correspondent SuChin Pak; the Parsons Dean of Fashion, Simon Collins; Fandango’s Chief Correspondent, Dave Karger; the two filmmakers commissioned for ‘Fashion in Film’, Christina Voros and Matt Lenski; and Sara Gore, co-host of New York Live, NBC 4 New York’s weekday lifestyle show, will select the ten finalists’ films to be featured on DailyCandy.com. Audience voting will be open online September 10 – 14 at DailyCandy.com, after which a final jury will select the three winners. The three winners’ films will be screened both online and at the “Fashion in Film” event. Each winner will also receive a $1000 prize.

Programming for DailyCandy’s and Tribeca’s “Fashion in Film” will be rounded out by a slate of acclaimed films connected to fashion and the event’s panelists. The full line-up of films screened at the event will include:

Untitled Christina Voros Documentary (2013) Dir. Christina Voros – The rise of fashion bloggers has changed the landscape of fashion photography and marked what some call the democratization of the fashion world. Photographer Tommy Ton began his career on the forefront of this revolution. A self-made artist and now trendsetter, Ton’s love for texture, detail, and the essence of personal style continue to set him apart from the multitudes. This intimate portrait takes a glimpse through Ton’s lens onto the world of street style and the art of capturing a moment in time.

Ivy Holland (2013) Dir. Matt Lenski –When colorful fashion stylist Ivy Holland needs an escape from her hectic life, her exodus to her special place in the country exposes the seams of her complicated little soul. A mockumentary look at the creative process seen through the eyes of stylist Ivy Holland, a character created and played by writer Alex Butler.

The Director (2013) Dir. Christina Voros – How do you make one of the world's most revered fashion brands your own? That is the task facing creative director Frida Giannini in this authoritative look at the past, present, and future of The House of Gucci, directed by director/cinematographer Christina Voros (Kink) and co-produced by James Franco. Taking advantage of rare, behind-the-scenes access, Voros shows how the Florentine trendsetter has been reimagined in the past few years.

The Great Gatsby in 3D (2013) Dir. Baz Luhrmann – Would-be writer Nick Carraway (Tobey Maguire) comes to New York City in the spring of 1922, an era of loosening morals, glittering jazz, bootleg kings, and sky-rocketing stocks. Chasing his own American Dream, Nick lands next door to a mysterious, party-giving millionaire, Jay Gatsby (Leonardo DiCaprio), and is drawn into the captivating world of the super-rich, their illusions, loves, and deceits. A Warner Bros. Film.

Grey Gardens (1975) Dir. Albert Maysles, David Maysles, & Ellen Hovde – Meet Big and Little Edie Beale – high society dropouts, mother and daughter, reclusive cousins of Jackie O. – thriving together amid the decay and disorder of their ramshackle East Hampton mansion. Five years after Gimme Shelter, the Maysles unveiled this impossibly intimate portrait of the unexpected, an eerie echo of the Kennedy Camelot, which has since become a cult classic and established Little Edie as fashion icon and philosopher queen. A Criterion Collection Film.

Valentino The Last Emperor (2008) Dir. Matt Tyrnauer – An intimate fly-on-the-wall exploration of the singular world of one of Italy's most famous men, Valentino The Last Emperor provides a first-time glimpse into Valentino's world of bygone glamour. Filmed over the course of two years, the crew shot over 250 hours of footage with exclusive, unprecedented access to Valentino and his longtime partner, Giancarlo Giammetti. The resulting non-fiction film is a portrait of an extraordinary partnership - the longest running in fashion - and is a story about a master confronting the final act of his celebrated career. An Acolyte Films release.

Seating is limited, but tickets are free and available on a first-come, first-served basis at www.dailycandy.com/fashioninfilm starting the week of September 3. Blocks of seats will also be reserved for fashion students from Parsons.