More than 100 documentaries are set to take over Lower Manhattan for eight days straight. Get ready for the real-life-based madness with this easily digestible guide to the fest's highlights. 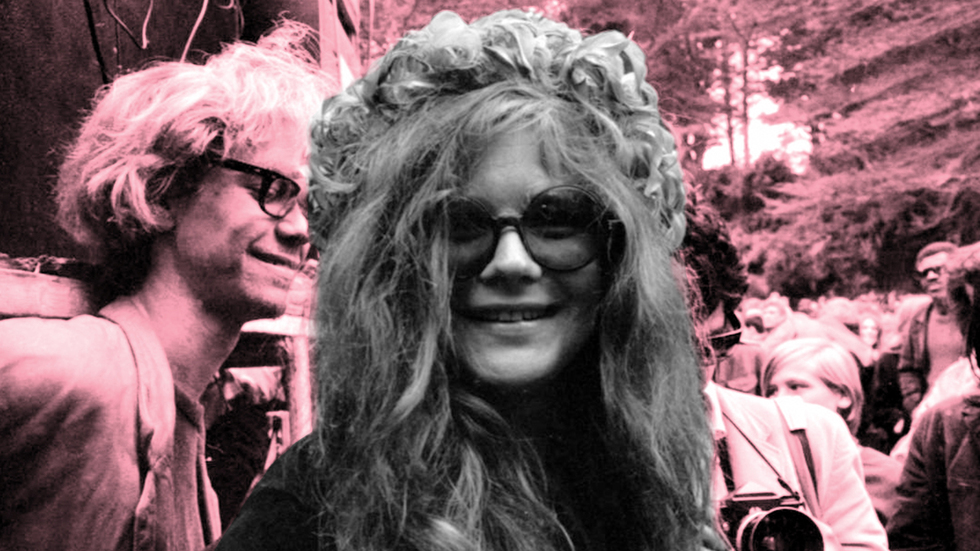 Just when you thought the New York Film Festival had signaled the end of 2015's movie fest season, and that your next round of binge-watching movies in theaters wouldn't be until April 2016's edition of the Tribeca Film Festival (*wink wink*), here comes one of the city's biggest and all-around best series. And its lineup is pure dynamite.

Come Thursday, November 19, DOC NYC will have screened 104 feature-length documentaries, which both impressively stacked and somewhat daunting. Among the beastly lineup are a few of 2015's best already-released docs, the ones currently targeting Academy Awards nominations: Amy, the excellent Amy Winehouse tribute; The Hunting Ground, a startling expose about sexual assaults on college campuses; and He Named Me Malala, a powerful story about a Palestinian teenager who's been honored as the youngest-ever Nobel Peace Prize Laureate. Inevitably, some of the fest's smaller, less-starry-eyed gems will go overlooked in favor of splashier films like Hitchcock/Truffaut, film historian Kent Jones' look at the seminal 1962 sit-down chat between Alfred Hitchcock and Francois Truffaut, and Miss Sharon Jones!, two-time Oscar winner Barbara Kopple's vibrant bio-doc about the beloved soul music icon.

To help you avoid missing out on DOC NYC's potential sleepers, we've compiled the following list of must-catch films, assembled in chronological order according to their screening dates, paired with a few bigger-in-scope productions that demand your attention.

For DOC NYC's full lineup and schedule, and to buy tickets, head over to the fest's official website.

The stereotype has long been in place: young men in inner cities are, for the most part, deadbeat dads, either abandoning their baby mamas altogether or popping in and out of their wedlock children's lives at their own leisure. But as with all stereotypes, it's not the whole story. For two years, filmmaker Emily Abt documented the lives of four men struggling through lower-income NYC lives while also raising their kids wholeheartedly and against common perceptions. Daddy Don't Go challenges skeptics and gives otherwise marginalized men the chance to be appreciated for loving, not forgetting about, their seeds.

Hustlers Convention is the most important hip-hop album you've probably never heard of, released back in 1973 by the equally enigmatic Lightnin' Rod. More fusion that straightforward rap, it's a vibrant blast of gritty funk, spoken-word poetry, and primitive yet formative DJing, but it has also evolved into a big question mark in the decades since its debut. Lightnin' Rod, born Jala Mansur Nuriddin, has been M.I.A. Filmmaker Mike Todd’s Hustlers Convention follows the lead of the Oscar-nominated Searching for Sugar Man and functions as investigative journalism by way of cinema. Todd goes on the hunt for Nuriddin while sitting down with Ice-T, George Clinton, and Fab 5 Freddy to contextualize the album's importance.

These days, video games are big business, but the millions of youngsters who buy them like console fiends lock themselves up indoors at home—the days of playing alongside others in public are long gone. Old-school arcades are as difficult to find as mom-and-pop video stores or music CD shops. In NYC, though, Chinatown Fair has endured as a gamer's haven since 1944. Kurt Vincent's The Lost Arcade is a love letter to the resilient venue, which continues to retain its vintage gaming experience in the face of gentrification and the antagonistic Xbox and Playstation.

Fan films are everywhere nowadays, including in the video game space, but how many DIY filmmakers can say they've been working on theirs since 1982? In Raiders!, co-directors Jeremy Coon and Tim Skousen chronicle the tireless and somewhat obsessive efforts of three Mississippi friends whose shared love for Steven Spielberg’s Raiders of the Lost Ark has powered them through over three decades' worth of no-budget Indiana Jones homage. Attempting to produce a shot-for-shot remake of Spielberg's action-heavy and location-varied 1981 spectacle is a far cry from, say, redoing My Dinner with Andre in your parents' kitchen. Raiders! shows how a bunch of average Joes can be on Steven Spielberg and George Lucas' levels if they put their unhinged minds to it.

Until now, the most entertaining race car movie has been Talladega Nights, which benefits from Will Ferrell at the height of his comedic powers. But Ferrell's "ballad of Ricky Bobby" is, of course, a goof. Speed Sisters, the new documentary from filmmaker Amber Fares, is anything but a goof, yet it's similarly entertaining. It'd actually blow Ferrell's fictional character's most likely wouldn't know what to make of the film, since, you know, he's a close-minded Red State conservative. Speed Sisters follows the Middle East's first all-women racing team as they make their marks in Palestine and navigate around the Palestinian/Israeli conflict. They're the polar opposite of Ricky Bobby's stay-in-the-kitchen philosophy towards the fairer sex.

If you're a dog lover, The Champions will make you cry harder than Brie Larson in Room. Darcy Dennett's film is a hopeful dose of optimism in the wake of NFL star Michael Vick's dog fighting scandal, through which Vick's despicable hobby of hosting and betting on pit bull combat was exposed. The Champions follows the pits that survived Vick's reign of canine terror and shows how, rather than being subjected to proposed euthanasia plans, the pooches have found love in homes owned by people who aren't Vick-level sadistic.

Janis: Little Girl Blue would make for a great double feature alongside this year's Amy, the emotionally devastating documentary about the late Amy Winehouse. Amy Berg, one of the game's most accomplished and respected documentarians, gives Janis Joplin a comparably intimate examination in Little Girl Blue, removing the rock goddess' enigmatic sheen to detail Joplin’s battles with addiction and solace through music.

Now that we're four months removed from the ESPY telecast, let's all admit the truth: Caitlyn Jenner’s coming-out efforts have been hugely inspirational, but giving her the Arthur Ashe Courage Award was a ratings ploy on ESPN's part. Jenner hasn't even broken a sweat sporting wise since the 1980s—she should be on Barbara Walters' year-end TV special, not in possession of that trophy. Hopefully, though, Jenner's story will bring light to Michiel Thomas' Game Face, in which two closeted LGBT athletes—a transgender mixed martial arts fighter and a college basketball player—courageously reveal their personal truths in a sports landscape that's still slow to widely embrace their lifestyles.

Two months ago, acclaimed documentarian Stanley Nelson's The Black Panthers: Vanguard of a Revolution capitalized on its release’s impeccable timing in the midst of Black Lives Matter to educate folks about Huey Newton's radical and seminal Civil Rights movement. But the Panthers weren't alone back in the late '60s. Below the radar, a group of proactive and angry black college students, Vietnam War veterans, and musicians formed The Invaders, a quietly militant outfit that managed to gain Dr. Martin Luther King’s support without receiving much attention from the mainstream media. Prichard Smith's The Invaders recounts how the Memphis-based group mirrored the Black Panthers on their own terms.

Fans of ESPN’s 30 for 30 series should definitely put this one on their radars. Anyone who's caught a hoops game or two at any of NYC's streetball parks knows that the talent found in those games often rivals, if not bests, what’s seen in the NBA—unfortunately, inner city basketball prodigies aren't always able to stay on paths straight enough to ensure professional careers. Which is what happened with Lloyd Swee' Pea Daniels, a New York City urban legend whose on-the-court dominance in the 1980s and future as a UNLV starter were jettisoned by his involvement in the drug game. Benjamin May's film puts the spotlight on one of New York's great what-could-have-been sports stories.

Here's your chance to see the woman who could very well be the next POTUS live, in the flesh, but with an added bonus: You’ll also be schooled about one of her illustrious career's unsung high-points. Twenty years ago, First Lady Hillary Rodham Clinton attended the United Nations' Fourth World Conference on Women, in Beijing, China, where she gave a rousing speech and asserted her feminist beliefs. Once and For All travels back in time to show the conference's stressful beginnings, its historic events, and its subsequent impact, and to show her support for co-directors Michael Epstein and Dyllan McGee's film, Secretary Clinton will be at this week's DOC NYC world premiere for the post-screening Q&A.