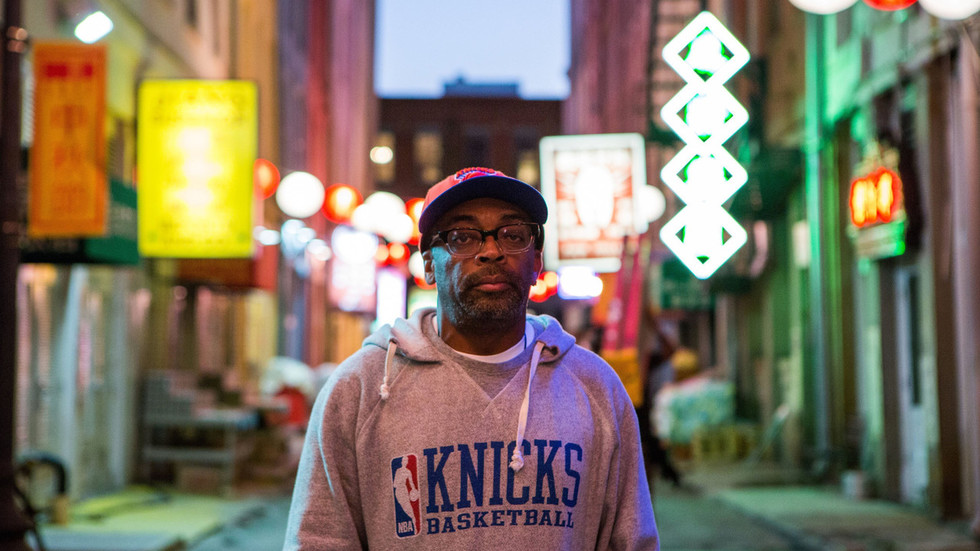 Are we finally about to see the next great Spike Lee joint?

Da Sweet Blood of Jesus, the iconic filmmaker's first 2015 release, and a misguided remake of the criminally underrated 1973 horror movie Ganja & Hess, certainly wasn't it. Neither were 2013's equally unnecessary Oldboy remake or the well-intentioned but woefully uneven Red Hook Summer. Frankly, there hasn't been a great Spike Lee joint, narrative feature wise, since 2006's Inside Man, and that film's greatness is even up for debate.

The first trailer for the already-controversial Chiraq, though, suggests that it could be Lee's most exciting new non-documentary film since, well, the nine-year-old Inside Man. A modernized version of Greek playwright Aristophanes' Lysistrata, Chiraq puts the Brooklyn-born director squarely back into his Do the Right Thing zone, but with more laughs. Teyonah Parris (Mad Men, Dear White People) plays Lysistrata, a beautiful and confident young woman who organizes her fellow women to boycott having sex with Chicago's men—including Nick Cannon as a thug and Dave Chappelle as a guy who loves strippers, apparently—in hopes of putting an end to the Windy City’s overwhelmingly large amount of gun violence.

The high-energy trailer is quintessential Spike, with Samuel L. Jackson's playing a kind of flamboyant, pimp-minded commentator, an oddly cast John Cusack as some kind of aggressive preacher, Wesley Snipes wearing an eye-patch and looking like a drug kingpin, and its satirical wit pitched at the level of School Daze. Its 150 seconds alone look and feel stronger and more focused than any of the director's recent efforts. Lee's clearly enthused by the project, having completed Chiraq and readied it for an awards-season-friendly early December theatrical release in merely six months. And because he's Spike Lee, he's been met with polarized feelings, stemming from how the film’s title, a popular, Iraq-derived nickname for the Illinois city within its borders, casts a negative mainstream light on Chicago.

If you thought Quentin Tarantino's The Hateful Eight press run would be contentiously vibrant, just wait until Lee starts his Chiraq push. In the meantime, check out the film's trailer here in anticipation of Chiraq's limited release on December 4.