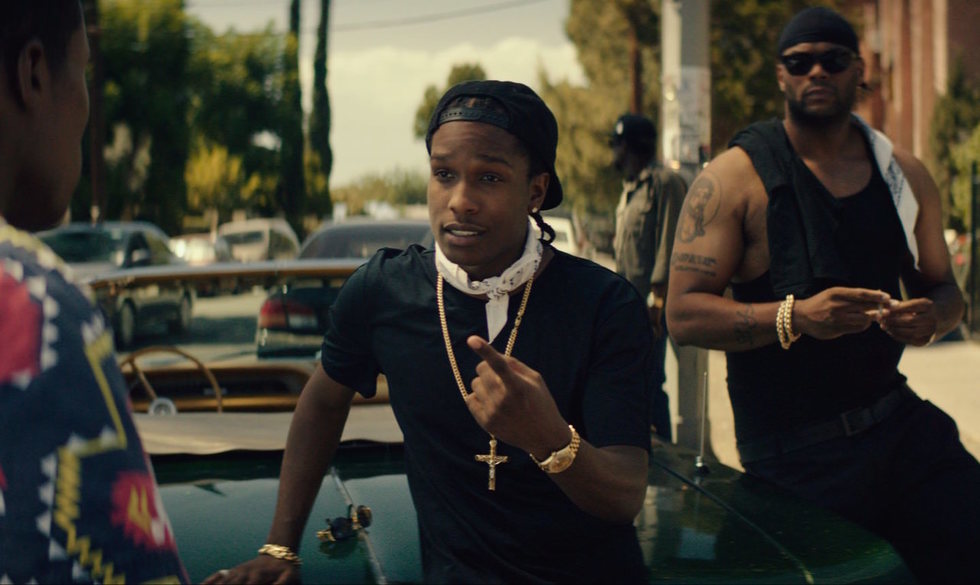 It’s being described as "Boyz N the Hood for the Spring Breakers generation," and it’s here to give the hip-hop world its very own Superbad, too. Opening in wide release this Friday, Dope is one of the summer’s most anticipated new indie movies. Written and directed by Rick Famuyiwa (The Wood, Brown Sugar), it’s a rollicking, often hilarious comedy about three nerdy high school friends in Inglewood, California, whose time spent jamming as a rap/rock hybrid band and obsessing over ’90s rap music gets disrupted when a local drug dealer hands one of them, Malcolm (played greatly by newcomer Shameik Moore), a stash of narcotics.

That drug dealer isn’t played by a well-known actor, though—he’s played by rapper, and recent Tribeca Film Festival panelist, A$AP Rocky. Harlem’s own Pretty Flacko is one of five rappers who have co-starring roles in Dope, the others being Tyga, Casey Veggies, Vince Staples and Kap G. They all have something in common with fellow co-star and fashion model Chanel Iman: zero previous acting experience.

That’s where acting coach Jemal McNeil came into play for Famuyiwa and his Dope crew. In a cool and informative profile over at The FADER, McNeil explains how he managed to get charismatic and believable performances from a bunch of non-movie-trained rappers. The New York native is a 15-year coaching vet, having worked with actors from Empire and the film Fruitvale Station, as well as guiding Octavia Spencer through her Oscar-winning The Help performance. And his reputation is still growing. Empire scene-stealer Taraji P. Henson recently hailed McNeil as "the best acting coach."

For Dope’s rapper cast members, McNeil made sure they respected the filmmaker’s vision. "The first thing you want to do is understand your writer," he told The FADER. "I told them this piece is about really elevating the black man past ‘We’re just good for fucking and smoking weed’ and all the other stereotypes. It’s showing that you can be a nerd in the hood. The writer’s purpose is a statement on society and showing who a black man is: a person, a man, with questions about life, with goals. Because rappers are writers and poets, they understood that."

For more anecdotes about McNeil’s time with Dope’s hip-hop representatives, check out the full article.

Reminder: Dope opens Friday in wide release all throughout NYC.