The Best Hip-Hop Moments At The 2015 Tribeca Film Festival

Hip-hop's always been a part of TFF, but the festival's 2015 edition embraced the culture more than ever before. 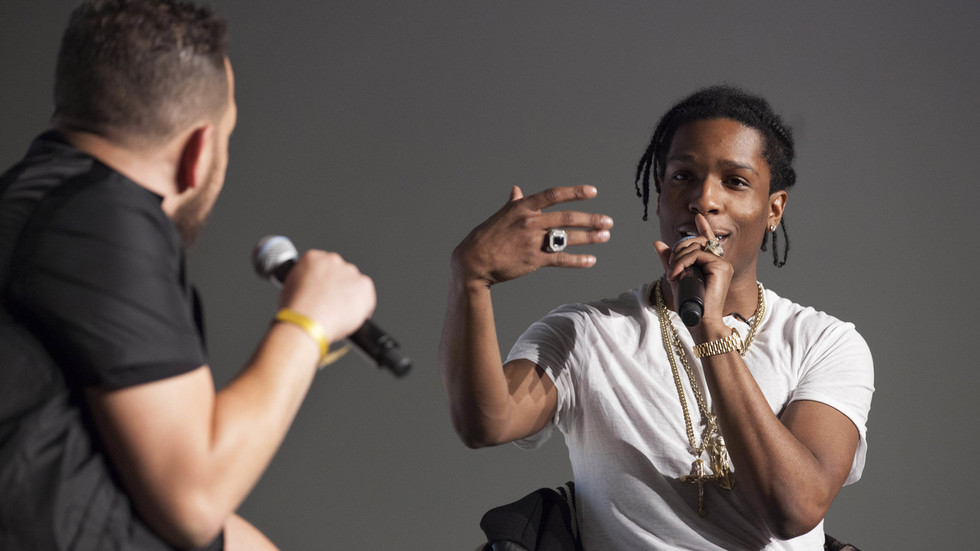 What would the Tribeca Film Festival be without hip-hop? Not a complete representation of its home city, for starters. The undisputed birthplace of hip-hop, New York City is to rap culture what Hollywood is to cinema.

This year, the worlds of film and music converged in major ways at the festival, with a special emphasis on beats, rhymes, and life. The precedent was set at last year’s TFF Opening Night event, when rap god Nas performed his seminal 1994 debut album, Illmatic, in sequence following the world premiere of the record’s making-of documentary, Time is Illmatic. For the 2015 edition, the festival’s programmers took TFF 2014’s one-night hip-hop celebration and blew it out throughout the entire 12-day stretch. Figuratively speaking, the cassette single evolved into a full-length LP.

Let’s relive it all with this breakdown of the festival’s best hip-hop moments, complete with exclusive video clips.

Consider this the unofficial launch of Tribeca Talks®: Rapper Series. Technically, it was the latest edition of CRWN, O.G. hip-hop journalist Elliott Wilson’s ongoing live interview series that, so far, has welcomed the likes of Drake, Nicki Minaj, T.I., and R. Kelly. Bringing CRWN to the Tribeca Film Festival for the first time, Wilson sat down for a nearly 90-minute-long convo with A$AP Rocky, the young Harlem native who’s been leading the charge for New York’s new hip-hop generation.

Inside Spring Studios, the festival’s plush new creative hub, Wilson and the MC self-dubbed "Pretty Flacko" spoke candidly about Rocky’s fashion-forward thinking, his wide range of musical inspirations, the effects “psychedelic” drugs have on his art, and other topics that weren’t exactly PG-13. There’s a reason why A$AP Rocky wasn’t a part of Tribeca’s Family Day—actually, multiple reasons. But, hey, there’s nothing wrong with a little fun for the grown-ups.

Opening Night with Live From New York! and Ludacris

No worries, though—Ludacris had that covered. A two-time SNL guest performer, and one-time host, the Atlanta rapper/actor stormed onto the Beacon Theater’s stage once the film ended, honoring SNL the only way he knows how to: by tearing through his loaded arsenal of hit records, including the party-starters “Stand Up,” “Area Codes,” and “What’s Your Fantasy?”

An hour spent with Ava DuVernay alone would’ve been special enough. A staple in the indie film community, DuVernay has incredibly risen to the occasion as a trailblazer for women filmmakers in Hollywood, thanks to the box office and awards season successes of Selma, her exceptional major studio Martin Luther King, Jr., biopic. But why limit the fun to just one elite influencer?

Much to DuVernay’s own delight, her interviewer was Q-Tip, one of rap music’s all-time greats and a founding member of the legendary group A Tribe Called Quest. Immediately letting the crowd know that she’s a lifelong hip-hop head, DuVernay kept Q-Tip’s musical pedigree in everyone’s minds throughout their conversation, asking for his thoughts on the current state of rap music, whether Tribe would stand a chance in today's increasingly superficial hip-hop game, and namedropping Tribe’s Midnight Marauders like only a true ATCQ fan could.

Like the hip-hop culture as a whole, world-renown artist JR’s short film Les Bosquets merges creators from several different mediums into one unified force. Based on his own experiences growing up in Paris’ Montfermeil ghetto, Les Bosquets finds JR commenting on France’s suburb riots of 2005 through powerful and enchanting ballet, directly based on the Les Bosquets of New York City Ballet.

The heart of the piece is Lil Buck, the LA-based dancer who's seen throughout the film and who participated in its TFF panel. Just as important to Les Bosquets as its choreography is its original score, created by a supreme clientele: Academy-Award-winning film composer Hans Zimmer, French music video director/neofolk singer-songwriter Woodkid, and Grammy regular Pharrell Williams.

Unable to make the trip to NYC, Williams participated in the post-screening Q&A via Skype, recalling how, after seeing the original and much smaller concept for the project, he told JR to “reach for the stars” and expand Les Bosquets into a full-fledged short film.

In My Father’s House, with Rhymefest

Although it hasn’t been picked up for distribution yet, the crowd-pleasing documentary In My Father’s House was one of the festival’s strongest discoveries. Che “Rhymefest” Smith is one of Chicago’s most successful rappers, having co-written Kanye West’s “Jesus Walks” and the Oscar-winning “Glory,” from Selma, but he’s also a blue-collar guy who recently bought an inconspicuous home in the Windy City. The house once belonged to his dad, who left Smith when he was little and has since lived homeless and unable to curb his love for alcohol.

Co-directors Ricki Stern and Annie Sundberg captured Rhymefest’s difficult but lighthearted and emotional process of reconnecting with his estranged pops. Equal parts funny and touching, In My Father’s House entertains while addressing the sad reality of abandoned fatherhood in the black community, and the critics loved it—The Hollywood Reporter called it “a thought-provoking case study in reconciliation.”