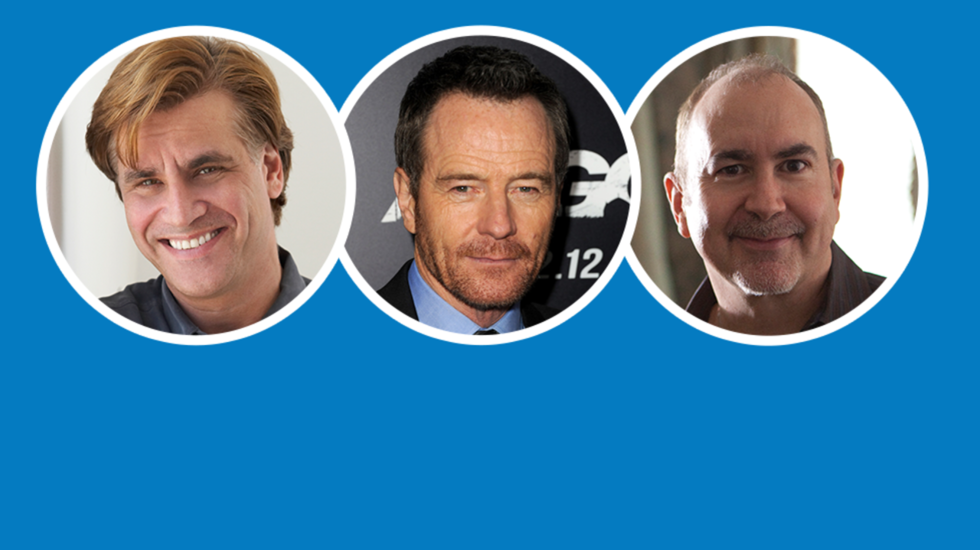 The 2014 Tribeca Film Festival (TFF), presented by AT&T, is pleased to announce its lineup for Tribeca Innovation Week’s Future of Film series. Programmed around the theme The Story’s Edge, these discussions will offer engaging, cross-disciplinary conversations about exciting opportunities for storytelling in our emerging cyber-culture.  Innovators from the arts, politics, science and technology, and filmmaking will discuss the possibilities and invite the audience to join in.

Running April 21-26, the four-day series will help further Tribeca’s mission to connect  the creative and tech communities during Tribeca Innovation Week. To get in on the action, participants can choose between wide-access passes (Platinum Pass and Gold Pass) and single event tickets, allowing them to tailor Innovation Week to their specific interests.

Writer and producer Aaron Sorkin (The West Wing, Newsroom, The Social Network) in conversation with former Chief Presidential Speech Writer Jon Favreau about what it means to be moral in 2014, what we value as heroic in life and in fiction, and how film and television have documented our transition from an analogue to a digital world.

A candid conversation about the ‘habits’ of successful psychopaths. Sounds crazy? Not really. Turns out, it’s not only screen psychos that we love. Many of the people we admire, and even elect as our leaders, share traits with psychopathic killers. Find out more as actor Bryan Cranston (Breaking Bad) and Terence Winter (The Sopranos, Boardwalk Empire) discuss the connection between horror and humor and what makes a great screen villain with a neuroscientist, James Fallon, who not only studies the brains of serial killers, but has one himself.  Moderated by Cynthia McFadden (ABC News, Nightline Co Anchor)

Many say the birth of cable news, the 24-hour news cycle and then the internet have caused the demise of journalism.  On the flip side, our thirst for news and information has only become more intense in recent years. Citizen journalists, bloggers, and hybrids of journalism with everything from films to video games and viral videos are stepping up to answer the call. So who now sets the bar for journalistic ethics and in who’s voices (or cute cat videos) should we place our trust? Join Upworthy Co-Founder Eli Pariser, CEO and Co-Founder of Vice Shane Smith, and Executive Director of Witness Yvette Alberdingk Thijm. Moderated by filmmaker and journalist Perri Peltz.

Almost everything we do creates a digital trail containing information about who we are, where we go, how we spend our time and money, and what we watch. Media and entertainment entities are increasingly able to use this information to tell rich data-driven stories or to decide what content to acquire or produce. But does betting on the ‘wisdom of crowds’ bode well or ill for future innovation in film, art and journalism? True believers and tech skeptics square off. Join show runner/writer Beau Willimon (House of Cards), writer David Simon (The Wire), Anne Thompson, and a special guest from ESPN/FiveThirtyEight.com. Moderated by host of NPR’s The Takeaway John Hockenberry.