The Movie Theater of the Future Will Be In Your Mind

Think assigned seating and table service are the future of the movie theater? Think bigger. Andrei Severny argues that what we now call "movie theaters" will soon be theme parks of the mind - but storytelling is here to stay. 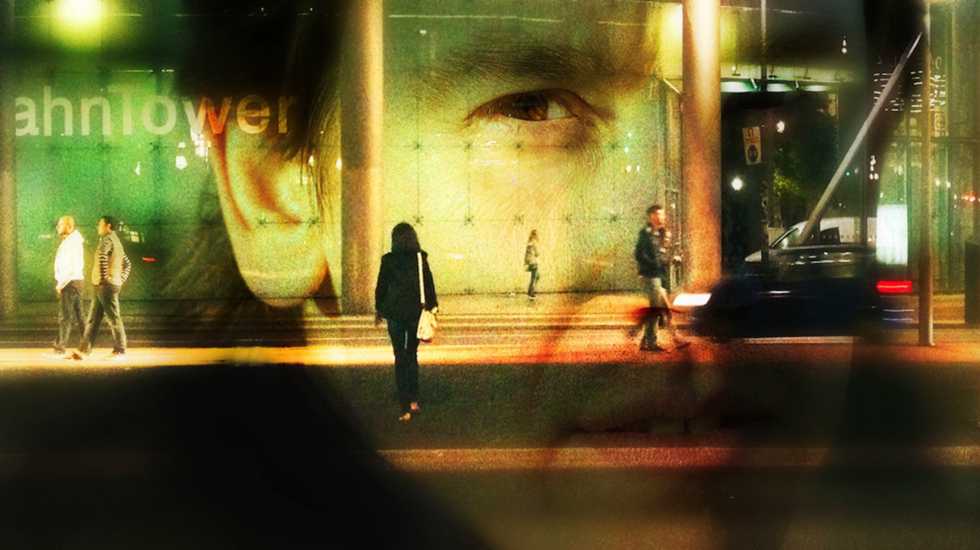 Recently, Orbi, a ﬁrst of its kind high-tech cinema-based experiment opened to public in Yokohama, Japan. Merging SEGA technology and BBC Earth content, the new attraction takes visitors on a multi-sensory journey to explore animals and nature through sight, smell, touch and sound. The venue includes one of Japan’s largest screens (131 ft W x 26 ft H) with remarkable visual and sonic resolution and 12 separate walk-through entertainment zones. The new venture shows one way in which theaters may have to transform in response to the growing competition with TV, computer, tablet and phone displays. Let’s imagine for a moment what cinema of the future may feel like.

The merging of real and projected worlds will produce a seamless experience – a complete illusion of being part of a ﬁlm.

Getting Out of the Dark Room

Theaters will gradually move away from looking at a rectangle of light in a dark room and evolve into large-scale public attractions becoming urban theme parks, where cinema is only part of the experience. However, the most immersive forms of cinema will play individually at one’s wish outside of both theaters and displays. There will be a merging of gaming and movies. First, through technologies emerging today – ﬂexible screens, motion controls, haptic - or tactile - technology, smart glasses, virtual and augmented reality. The merging of real and projected worlds will produce a seamless experience – a complete illusion of being part of a ﬁlm. We may reach a moment when the real world will become secondary.

Every location or object will contain massive amounts of recorded information ready for playback.

Landmarks and businesses will have stories, characters, sequences and scenes attached to them when one visits, all stored as potential experiences designed to increase one’s relationship to the place. Every location or object will contain massive amounts of recorded information ready for playback.

We are just starting to learn and understand how to control, manipulate and share visual and aural perceptions.

Virtual reality has proven to be an effective training and therapeutic tool used by the police, military and hospitals. Earlier this month the Centers for Disease Control and Prevention (CDC) signed a $626,000 contract for virtual reality training simulations. And, of course, Meta and Oculus Rift have announced releases of their virtual reality headsets to consumer market later this year.

Expanding the Universe of Cinema

New cinematic languages are bound to rise above formulaic TV series and Hollywood blockbusters. Cinema is only one century old. We are just starting to learn and understand how to control, manipulate and share visual and aural perceptions. The possibilities are vast. We are still to witness a cinema that is not text-based. Music does not have to rely on words.

One will be able to choose between real-life exploration or a ﬁctional quest with chosen characters.

A truly dramatic change will come once scientists discover a way to manipulate senses directly through the brain. That is when cinema will quite literally start to merge and replace real life. In the new, enhanced reality people will visit other planets, venture deep into the oceans and inside volcanoes, or travel in time, all from wherever they happen to be. Software and sometimes robots will explore the unreachable physical world instead of people to collect real-time data and feed human senses. One will be able to choose between real-life exploration or a ﬁctional quest with chosen characters. Since memories will be recorded, one would be able to include anyone they have ever encountered, including favorite celebrities or ﬁctional heroes.

In the 1962 French short sci-ﬁ ﬁlm La Jetée by Chris Marker, the main character travels in time from jail while his body is connected to wires.

The border between reality and ﬁction will fade and some people will live most of their lives in a profoundly manipulated world. People’s thoughts, experiences and behavior will lie in the hands of those in charge of the software. Marketing and politics are likely to pollute the system, but laws of enhanced reality voted on by the majority via the internet will come to the rescue. Humans will face challenging questions of identity. As always, there will be renegades who will try to stay “unplugged.” However, the disadvantages of opting out will overcome most.

Indifferent to the mode of production, great stories by Homer, Shakespeare or Borges will be as relevant in the future as they are today.

On top of the present, people will be able to alter their past by controlling memories and adding to them as they wish. A recently published study in Science magazine describes how MIT researchers experimenting with mice were “able to generate a false memory and study its neural and behavioral interactions with true memories.” Any knowledge or skill from languages and science to typing or woodworking will simply be a fast add-on memory adjustment.

While all of this sounds new and exciting, technology will always remain a tool, and media only a shell. Indifferent to the mode of production, great stories by Homer, Shakespeare or Borges will be as relevant in the future as they are today. Just as 3D ﬁlms are only exciting for the ﬁrst few minutes, characters, events and conﬂicts will continue to drive cinema of the future.

The Oxford English dictionary deﬁnes ﬁlm in technical terms – “a story or event recorded by a camera as a set of moving images and shown in a cinema or on television.” Perhaps it is time to redeﬁne the medium for the future. Cinema is the art of simulating experiences, that communicate ideas, stories, perceptions, feelings, beauty or atmosphere by the means of recorded or programed moving images along with other sensory stimulations.

Andrei Severny is a ﬁlmmaker and visual artist based in New York City. He is the director and cinematographer of Condition and Teaching to See. He is also a long time collaborator of Edward Tufte.