In the third installment of our Vine interview series, we talk to Vine celebrity and #6SECFILMS contestant Pinot (known for his trademark pencil sketch animation) about how he fuses frame-by-frame animation with live action video, what he'd change about Vine, and what he thinks of Instagram Video. 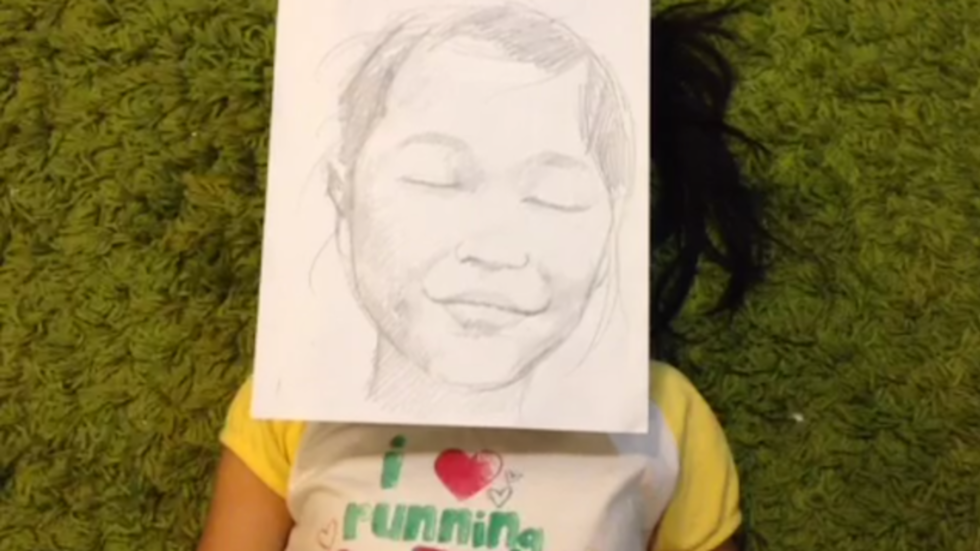 This week's interview with a Pro Viner features Pinot, who headlined our list of talented #6SECFILMS entrants who weren't eligible to win the competition. Originally from Indonesia and now living in Kuwait as an illustrator and motion graphic designer, Pinot finds time to make stop motion creations of his own using sketch drawings intertwined with the real world. The husband to a similarly-crafty wife and father to three magical children, he has found that Vine is like a family playground, with his kids being a constant source of inspiration.

Tribeca: You clearly have a very strong background in art. At what point did you decide to combine your drawing skills with a digital medium like Vine? And were you actively making videos before Vine?

Pinot: I decided to combine the two mediums when I realized I'm not allowed to use pre-recorded footage on Vine. I have created so much artwork with 3D animation, motion graphic material or even DSLR videography combined with video. But Vine blocks all those possibilities. It forces me to re-create my artwork in an analog way by directly recording it to my iPhone without the ability to edit.

At first, I refused to give this idea a chance, since I don't have much time to do anything analog, especially when I mostly work with digital mediums. Then I realized: my father used to teach me about hand-drawn animation & stop motion and decided to give Vine a try. Because it's only six seconds long, I wouldn't have to set schedules to do it. I can do it at work, I can do it before breakfast, I can do it after telling a bedtime story to the kids.

Some people are surprised when they see that I still do old school frame-by-frame animation.

Tribeca: What artists have inspired your Vine style the most? (Immediately, I think of A-ha’s iconic “Take On Me” video.)

P: You got it right. I'm not only inspired by the "Take On Me" video, I'm obsessed! Combining drawings with real life footage is magical! It's like colliding two different worlds: paper and reality.

Tribeca: I saw that you tweeted a Vine at Pixar. Is there any job or opportunity you hope will come from people seeing and sharing your Vines? And have you collaborated with anyone?

P: Yes, I do hope so. My Vine is my show reel now, not the digital motion graphic animations on my Behance or Vimeo. And I hope Pixar sees my Vines and accepts me to work there as a janitor!

I collaborated once, with Jason Coffee, on Vines where I drew him a cup of coffee as well as a portrait.

"When making a Vine with the children, we have to do it quickly because they get bored easily and want to see the result instantly ("Are we done yet?")."

Tribeca: How much planning do you do before making a Vine? Or do you spend some time experimenting with camera angles/lighting/etc. until you form an idea? (essentially, what’s your process usually like?)

P: It depends on the idea; the pre-production usually takes hours, and the recording itself only takes a maximum of two hours. Sometimes I experiment with angles and lighting, but only for enhancement, not improvisation.

Hand-drawn animation Vines require hours of pre-production. I never draw more than 30 frames and when I do, it's only for fluid movement like in The BoxBot series. Some people are surprised when they see that I still do old school frame-by-frame animation. Apparently we've been living too long in the digital era!

When making a Vine with the children, we have to do it quickly because they get bored easily and want to see the result instantly ("Are we done yet?").

Tribeca: Who are your favorite Viners?

Oh my. Seems I'm forgetting many others!

P: I would add the ability to lock focus on an object and to select a cover thumbnail picture (rather than the first frame of the video.) I would also love for there to be more of an official homepage for Vine.

"What I love about Vine is it captures the beauty of human mistakes and provides space for permissive error."

Tribeca: Now that Video on Instagram is an option, do you planning on experimenting with the new app?

P: Yes, I'm a video guy -- a microvideo guy to be exact. I love experimenting with new apps, like Instagram Video. I think I'm going to use the Instagram Video as a moving photo medium. I'll have to pay more attention to color, composition and audio.

However, it's not a comfortable app for doing animation or stop motion, but even they improve that feature, I won't use it. It's not the right medium or the right feed; users will be confused with what is a photo and what is a video. I actually addressed this confusion with a short video series, "Is It Photo or Video?",  making a video look like a photo taken with the Instagram collage feature.

1. Know how to tell an audiovisual story in 6 seconds.

2. Be consistent with your style.

3. Try to think in an analog way and plan out what you want to film, even if you do have the Instagram overlay-plastic filter :)

What I love about Vine is it captures the beauty of human mistakes and provides space for permissive error.

Julia Pugachevsky is Tribeca's Vine Correspondent (among other things). Check out her round up of the Week's Best Vines every Friday morning on TribecaFilm.com, and come back next Wednesday for another interview with an expert Vine user (and see last week's, with Khoa Phan).