John Turturro stars in the upcoming HBO miniseries that's part of our first-ever Tribeca Tune In program. The acclaimed, two-time Cannes-winning actor spoke to us about his approach to the role. 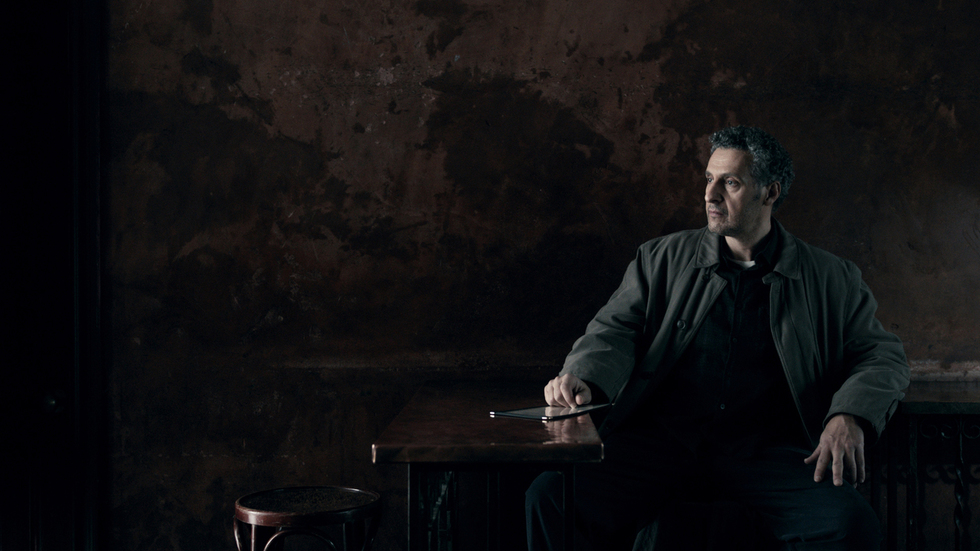 John Turturro in THE NIGHT OF (HBO), premiering as part of the Tribeca Tune In program.

In the upcoming HBO miniseries The Night Of, beloved New York actor John Turturro plays the defense lawyer of a young man (Riz Ahmed) accused of murder and confined to prison on Riker's Island. What immediately attracted him to the project were its lead creators, Steven Zaillian and Richard Price, and the script they had written.

"Steven Zaillian has always liked my work, and we almost worked together on his first film, Searching for Bobby Fischer, but I wasn't available," says Turturro. "Steve started out as an editor and has written and directed terrific films. I love Bobby Fischer. Richard Price did all the first drafts and Steve did the revisions. These are fantastic writers. I really loved the script, which was unlike anything I had ever read before. They put so much thought into it. Steve was really very caring, and there was nothing that escaped his attention. It was a fantastically written and really challenging character."

"It's about prison and what prison does to people," he continues. "I read The New Yorker's article about Kalief Browder who wound up killing himself in prison after being accused of stealing a backpack. I was affected by a lot of things I had read. I also really liked the specificity in how there was nothing in the minutiae [of The Night Of] that was uninteresting. Sometimes the smallest things can be fascinating. Things are always trying to shock you, but you don't always remember them. I've only seen one episode, and I was really impressed by it. It's subtle. You get the feeling of, I'm glad that's not me. It's good to put yourself in other people's shoes."

While the miniseries is adapted from the BBC's Criminal Justice, the fascinating documentary The Staircase served as an important inspiration. "It was like Serial on NPR: really hard to stop watching or listening to," says Turturro. "You are constantly changing your mind about if the person did or didn't do it. But what's really interesting is how it affects everyone: the accused, the families, the lawyers." As part of his preparation, Turturro visited court hearings and had many talks with practicing lawyers.

Turturro's big jump into television was heavily assisted by his core group of collaborators. "It's a really good group of people," Turturro says of The Night Of's team, specifically co-star Ahmed, whose massive 2016 also includes a co-starring role in this December's surefire blockbuster Rogue One: A Star Wars Story. "[Riz and I] liked each other," says Turturro. "He had a challenging role; he starts as an innocent young man and becomes a different person by the end. He had struggles, but I tried to be supportive. Sometimes when you've been there, you can share that."

Turturro admits to not having much time to follow any series from start to finish, but still considers himself an "HBO viewer." Girls, which his daughter watches, is among the series that has most impressed him. ("I take my hat off to her," he says of Girls creator Lena Dunham.) While he shot a film for HBO back in 1995 (Sugartime) and has guest starred on Miami Vice and Monk, for which he won an Emmy, Turturro's television experience has been limited. Shooting The Night Of felt more like a "nine-hour movie," but he's increasingly more open to starring in a regular TV series. "It would have to be something that I really love, and I couldn't be away from my family for a long time," explains Turturro. "I've said no to a lot of things, even good things. I was afraid to say yes to something for five years, but TV is doing a lot of great things. I would also love to do something like this again. It was a year's work, and I loved it."

"I try to work with people who are going to raise your game," adds Turturro, who's long been a go-to actor for Spike Lee and the Coen brothers. "It can be a younger person or older person." It's a surprise that there's still any great talent left with whom the 30-plus-year veteran hasn't yet worked, but there are a few whose films Turturro hopes to be in one day: Wes Anderson, Paul Thomas Anderson, Alejandro González Iñarritu, and Pedro Almodóvar. "If it's a good director, I'll go wherever, because you always learn something."

The Night Of will debut on HBO this summer. The first two episodes will premiere at the SVA Theater on Friday, April 22, as part of Tribeca 2016's Tribeca Tune In lineup. Watch the trailer below. Buy tickets here.