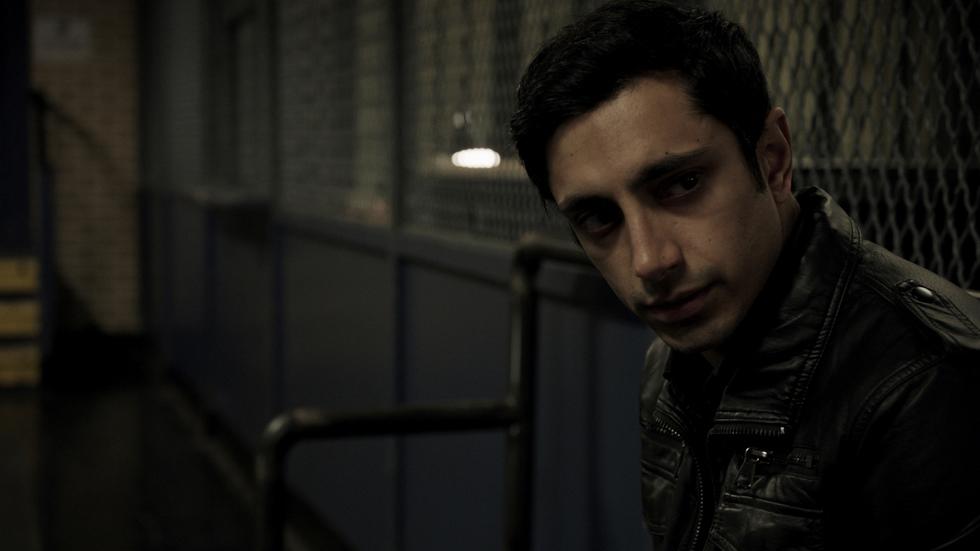 Riz Ahmed in THE NIGHT OF (HBO).

Steven Zaillian earned the first of his four screenwriting Oscar nominations in 1990, for Awakenings, directed by Penny Marshall and starring Robert De Niro and Robin Williams. He has since penned screenplays for some of Hollywood's most respected directors, including Martin Scorsese, for Gangs of New York (2002); Brian De Palma, for Mission: Impossible (1996); David Fincher, for The Girl with the Dragon Tattoo (2011); and Ridley Scott, for Hannibal (2001) and American Gangster (2007). He won the Academy Award for Best Adapted Screenplay in 1993 for Steven Spielberg's Schindler's List, and was nominated again for Moneyball (2011), directed by Bennett Miller and starring Brad Pitt and Jonah Hill.

Zaillian clearly surrounds himself with standout talent, and he continues to do so with his forthcoming HBO miniseries, The Night Of. The series' first two episodes will premiere inside the SVA Theater on April 22, as part of the Tribeca Film Festival's inaugural Tribeca Tune In lineup. (Buy tickets here.)

The latest award-winning filmmaker moving into television, Zaillian directed and co-wrote the eight-episode series, which will debut on HBO this summer. The Night Of follows a New York City murder case with "cultural and political overtones," per the network's description, and examines the "the police investigation, the legal proceedings, the criminal justice system, and the feral purgatory of Rikers Island, where the accused await trial for felony crimes." Although it's for TV, Zaillian approached The Night Of as if it were for the big screen. "I've always worked in features, but these days television is more adventurous with character-driven dramas," he says. "Still, I wanted it to have the cohesion and feeling of a film—in this case, a nine-hour film. This meant things like no writers' room and having feature film department heads and crews that were in for the long haul."

The series was originally set to star the great James Gandolfini, whose sudden passing in June 2013 greatly affected Zaillian but didn't lead to any script alterations. "Like everyone, I was shocked and saddened by James Gandolfini's death," says Zaillian. "I'd known him for almost 20 years. In terms of the writing of the character, though, we made no changes." After Robert De Niro briefly aligned himself with it, the role eventually went to another brilliant actor, John Turturro, who's particularly celebrated for his scene-stealing performances in various Coen brothers and Spike Lee films.

To assist with his big break into TV, Zaillian brought on the acclaimed novelist and screenwriter Richard Price, who'd previously written multiple episodes of The Wire, one of the greatest small-screen dramas of all time. (Keeping things all in the family, several The Wire alums play supporting roles in The Night Of). "It's a big job doing something like this," says Zaillian. "There are 470 pages of scripts and over 200 speaking parts, and there's quite an intricate story. That's a lot for one person to hold in their head. I've long admired Richard's writing. We worked well together."

The Night Of is based on the 2008 BBC series Criminal Justice, which starred Ben Whishaw. For Zaillian, an adaptation's appeal is always its theme. "In the case of, say, Awakenings, it was the idea of 'waking up' to a world that had changed after being 'asleep' for decades," he says. "With Searching for Bobby Fischer, it was the arcane world of chess and the responsibilities of parenting. With Criminal Justice, it was the system itself."

Zaillian compares his filmic approach to Italian neorealism. That internationally celebrated film movement, which was in vogue from the mid 1940s to the early '50s, addressed social and political realities that were marginalized or altogether ignored. "While this is a fictional story, it's told realistically," he explains. "It was important to me that everything—the writing, casting, acting, directing, cinematography, production design, editing—was approached naturalistically."

Two previous HBO series, Oz and The Wire, shed light on systemic racial discrimination and raised awareness of the injustices within U.S. prisons and related institutions. Will The Night Of follow in those socially conscious footsteps? "If you approach a subject like the criminal justice system realistically," says Zaillian, "you can't help but show its flaws."

The Night Of's world premiere will take place on Friday, April 22, at 3:00 p.m. Watch the trailer below. Buy tickets here.