Home » Tribeca News » Under Pressure: Music Is for Listening, but the Isolated Track is for Creating
View All News

Under Pressure: Music Is for Listening, but the Isolated Track is for Creating

In this week's View Source, I become obsessed with the popularity and implications of one of the Internet's favorite objects of curiosity: the Isolated Vocal Track. 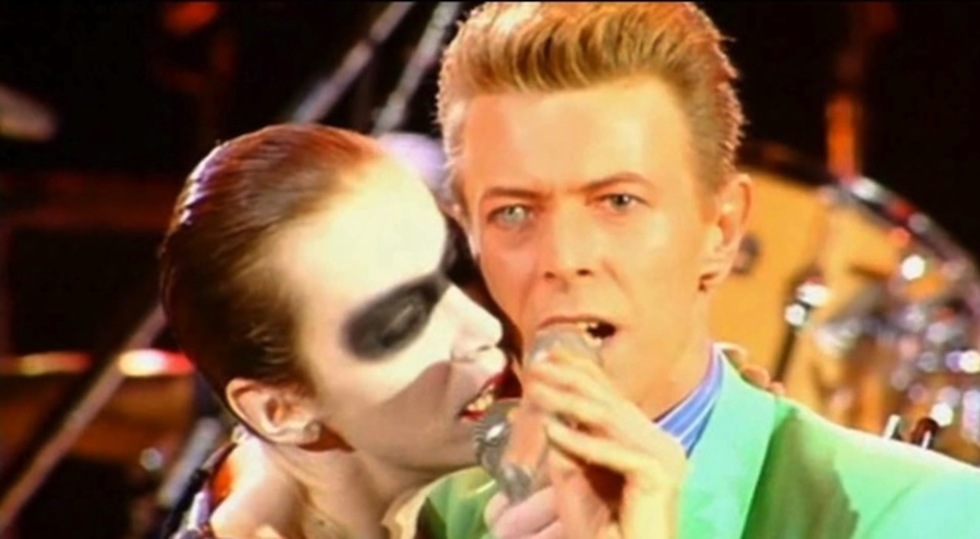 (View Source is a weekly column in which Rex Sorgatz obsesses over the new ways we create, consume, and manipulate moving images.)

This week, let's strip away the haughty pretense. Let's get rid of that seductive introductory paragraph found in all columns — throw out that beguiling prose that assimilates you into the columnist's worldview. Let's jettison the overwrought bullshit, free ourselves from those deceptive verbal accoutrements. Say it with me: Rhetoric, begone! Now, finally, we can focus on The Fundamentals.

It feels good to strip out the noise, right? Can you feel it?

Welcome to the Isolated Vocal Track, one of those enchanting oddities that only the internet could popularize. Inexplicably fun to hear, the Isolated Track is in an exercise of reduction. It is music refined to its atomic unit — simplicity emerging from the peeled-back layers. But the Isolated Track is also a violent deconstruction, the outcome of technology issuing its power to decode the entire history of recorded music....

To the best of my knowledge, the history of the Isolated Track has never been told.

Oh hell, those verbal accoutrements crept back into our prose. Let's just watch another video:

I could listen to these all day!

A HISTORY OF ISOLATION

To the best of my knowledge, the history of the Isolated Track has never been told. No one has declared a starting-point for this marvelous little invention. But if someone says, "It's as old as Gregorian Chant," then you know which foolish person to unfriend.

Let's dissolve all ambiguity: the Isolated Track is not the same as a capella.

A cappella is a vocal rendering that is intended to be heard without music. The Isolated Track is very, very, very much not that. In most cases, the singer never imagined being heard solo, outside the instrumentation of that piece of recorded music.

That is important to know as we introduce the Copernicus of the Isolated Track, the one and only David Lee Roth:

Diamond Dave, clearly, did not intend for us to hear these squeaks, squawks, and squeals outside of Eddie Van Halen's fretwork. But when we do hear them — either for the first time, or years later — there can be no response that doesn't include both glee and confusion. What is that otherworldly sound?

Ever since Van Halen supplied us with a Big Bang moment, the Isolated Track universe has been expanding

David Lee Roth's Isolated Track was wildly influential on internet culture — so much so, that it birthed another magnificent internet invention, The Soundboard.

(Note: This quick history could be flawed. I don't know if "Running With The Devil" was actually the internet's first Isolated Track. I have vague internet recollections of John Bonham's isolated drums trackspredating his caterwauling. And I don't know if it was created with Audacity, the program most associated with splitting music into tracks, or if it was taken directly from the studio mixing board. And, I confess, I'm not positive that Roth inspired the first internet soundboard. But history is victor's game, so go brawl it out in the comments.)

Ever since Van Halen supplied us with a Big Bang moment, the Isolated Track universe has been expanding. YouTube, that felicitous cat's meow of media innovation, has of course owned the market on this phenom. When proof of quality and quantity is demanded, the internet always answers with a list. To wit:

(Sorry, didn't mean to time-suck your life! Take that, Buzzfeed! But if you desire more, there's a Subreddit all about Isolated Tracks. Because, of course, if it isn't a Subreddit, it didn't happen.)

That list is clearly an appendix, because in addition to seminal Isolated Track figures as Van Halen and Queen, we have overlooked the Mother of Vocal Track Invention. Hit it, Whitney:

When Whitney Houston died last year, that clip became the piece of media that people most shared with each other. It was not the original recording we heard on the radio, nor was it one of the many a cappella performances populating the web — it was, crucially, an Isolated Track. It almost needed to be an Isolated Track, because only this clash of authentic and synthetic can get to the essence of such a conflicted person.

One might even argue the Isolated Track is a completely different art form, separate from the original recording.

THE MYSTERIOUS JOY OF ISOLATION

I like Queen, but I don't seek out their music. However, I do frequently seek out the "Under Pressure" Isolated Track, because it seems different, possibly even better. In the original recording, Freddie Mercury and David Bowie sound like partners boldly exploring some sort of post-gender outer space. But the Isolated Track version sounds more tense, a world of competition and strife, not unity. It is more under pressure.

In the right romantic mood, one might even argue the Isolated Track is a completely different art form, separate from the original recording. The enjoyment one gets from an Isolated Track is not always proportional to the song's quality. (Radiohead's "Creep" is a little disappointing; Danzig's "Mother," haunting. But both seem to exist outside of the originals.)

One friend, Andrew, said that Isolated Tracks provide deeper insight into how music is made, citing "making of" docs like "Peg" by Steely Dan, "Breath" by Pink Floyd, and "Bohemian Rhapsody" by Queenas examples.

An Isolated Track, with its intimacy and physicality, reminds you that a real human — flesh and vocal cords — sang these songs.

I like that idea. Isolated tracks definitely enrich music by bringing engineering and curation to the fore. When you see a mixing board, you think, this song could have turned out a million different ways, but they made it this way. (David Grohl's recent documentary, Sound City, also induced this sensation.)

A different friend, Charles, suggested that Isolated Tracks reintroduce humanity to music. An Isolated Track, with its intimacy and physicality, reminds you that a real human — flesh and vocal chords — sang these songs. Your can hear the gasps and breaths of the singer, inhaling before belting out a line. In the age of Auto-Tune and GarageBand, it's a rare moment of clarity. (20 Feet From Stardom, a new documentary about backup singers that is essentially the Isolated Track writ large, also invokes this feeling.)

I like that answer, too. Isolated Tracks are more personal than most music, partially because they weren't meant to heard at all. Finding a good Isolated Track is like discovering a secret in familiar territory: a trapdoor below your bed or an elevator with a secret floor. It was always there, but you just didn't see it.

Music is for listening. The Isolated Track is for creating.

Even if you never do anything with an Isolated Track, the idea that you could do something with it gives it power.

THE CREATIVE SPARK OF ISOLATION

In my entire life, I have never created a mashup. But the Isolated Track makes me constantly think about manipulating music. I have no illusion of crafting The Grey Album or The Beastles or All Day, but merely hearing an Isolated Track supplies an uncanny sense of musical mastery — this is something we can work with. (This is also probably why hip-hop felt so powerful when first discovered.)

Guitar Hero and Rock Band had a similar effect on culture. Those games remind us that music can be manipulated, that not all artistic choices are final. Some musicians have embraced the notion, such as Radiohead with its remix project and Beck with his sheet music experiment. (And let us just decree Rick Rubin, who used to credit his music production work as "Reduced by Rick Rubin," as the Patron Saint of the Isolated Track.)

Even if you never do anything with an Isolated Track, the idea that you could do something with it gives it power. And because you discovered it on the internet — the home for digital craft-making — it feels attainable.

And so, let us return to where we started, to a world stripped of hubris and conceit. Let us take in one of the great Isolated Tracks of all time, "Gimme Shelter":

Rex Sorgatz (@fimoculous) is a media consultant, creative technologist, and occasional writer who lives in New York City. He finally did his first mashup, "Imagine Sandman." High art, it is not.