Home » Tribeca News » Trapped in The Loop
View All News

Trapped in The Loop

GIFs, Vines, Supercuts, samples, instant replays -- The Loop has become not only a dominant media form, but also a new way to perceive information. But you have to watch very, very closely. 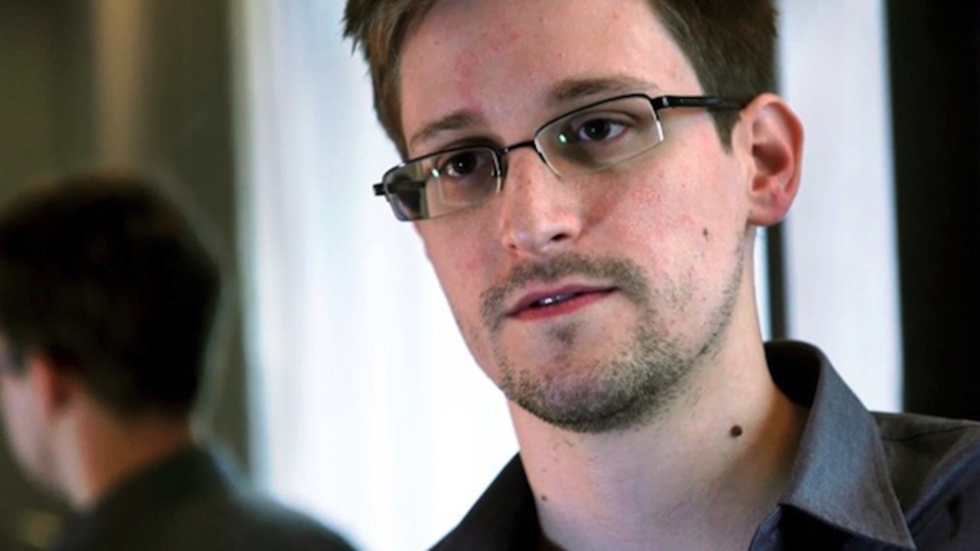 (This is the second edition of View Source, a weekly column in which Rex Sorgatz obsesses over the new ways we create, consume, and manipulate moving images. Last week, he discussed a future where the camera disappears.)

The Loop has become the preeminent narrative device of our time.

For the past few weeks, one image in particular has haunted the internet. You know the one. It's that photo of Edward Snowden, which appears on seemingly every news story, blog post, and opinion polemic about national security. Its repetition is ominous; its resonance, mercurial.

One might ask, why that image? A logician could not parse its import: The image is actually just a screengrab from a video interview, therefore practically random, one of millions of potential pictures from that interview. But something about this picture matters, because why else did it become The Definitive Edward Snowden Portrait? (The YTMND loop it inspired portends its preponderance. When one news outlet finally reached a state of self-awareness about the image's ubiquity, it offered 10 Brand New Screenshots of Edward Snowden that Everyone Should Start Using as an antidote.)

Maybe it's Snowden's Mona Lisa grin? Perhaps it's the mirrored backdrop reflection, reminiscent of Manet's Un Bar aux Folies-Bergère? Or is it the glasses? The pronounced mole on his neck?

Through conscious or unconscious actions, we have decided this is the one. This is the image placed into The Loop, that buttery rotisserie of media attention. If we see this image enough, editors seem to be saying, we will begin to understand Snowden -- his motivations, the secrets he carries.

When we put an image into The Loop, we begin to understand.

Now manifested in GIFs, Vines, Supercuts, music samples, instant replays, and endless other formats, The Loop has become the preeminent narrative device of our time. But "narrative" might not be an accurate term, as The Loop has a tenuous relationship to storytelling. Movies have a beginning, a middle, and an end, whereas The Loop is all-at-once. Movies are arrows, but The Loop is a circle.

This mesmerizing image contains all of LeBron James' scores in Game 7 of the NBA Finals. It lasts only four seconds, but one could gaze at it for quite some time. It almost seems to contain the entire history of the game, evoking a sense of data, like a visual stats card. It has information inside of it, but we can only understand the data by repetition. By definition, you have to watch The Loop again and again to understand its depth.

Loops are not short films. Loops are more like spreadsheets: data, but with a fourth dimension, time. Without the repetition, you would not see the data.

It's like that scene in The Conversation when Gene Hackman begins to analyze the audio he recorded in the opening sequence of the film.

Over and over, he repeats The Loop. Like a similar scene in Blow-Up, the protagonist experiences an event, but it remains useless until turned into a loop, where it can be manipulated. Through repetition, meaning eventually surfaces.

THE REPLAY IS INSTANT

"I remixed a remix, it was back to normal." --Mitch Hedberg

Drew Sheppard, who created the LeBron loop above, has done several other sports loops. Here, for instance, is a composite of five different pitches thrown by Texas Rangers pitcher Yu Darvish. Sports and entertainment are prime locations for The Loop to thrive.

An NFL game is practically defined by The Loop. The game itself takes place in a massive panopticon stadium, packed with video recording devices that capture every conceivable angle. Instant replays occur with rampant frequency, more than just enhancing the game but propelling it. One could say the instant replay becomes the game -- it is the where all drama, debate, and conversation occur. The replay is the theater of the game, a constant reminder that anything can be played back for analysis.

Yet with all that recording equipment, with all those eyes watching and rewatching, an instant replay is not always definitive. Sometimes, it doesn't reveal an answer. (Look, for example, at the controversial video of last year's Packers/Seahawks game.) The Loop sometimes fails to reveal.

The Loop is why I want Vine to beat Instagram in the mobile video wars. Vine feels like a new medium, a true embrace of The Loop. Good Vines require multiple trips through the loop.

Instagram video, on the other hand, is merely short-form video. It doesn't even loop. Repetition is not in its vocabulary. It hides no data, so it has no mystique.

The Loop doesn't fret about the past or the present, because more than any form, it exists in-the-now.

Vines are akin to The Amen Break, one of the most used loops of our time (perhaps matched in loop notoriety only by the Zapruder film).

As discussed in a short documentary, this six seconds of music was repurposed innumerable times, spanning decades and genres, creating different meaning in each context. The Loop repeats, but its meaning changes through repetition.

Supercuts, too, borrow from the ideology of The Loop to reveal patterns, information you may have missed:

"Isn't life a series of images that change as they repeat themselves?" --Andy Warhol

Living in an age of digital reproduction -- where single keystrokes of Copy and Paste can replicate an entire movie, database, or library -- has forced us into a state of uncertainty about the status of an object. To compensate, we have developed an entire vocabulary to define different types of reproductions: copies, clones, replicas, forgeries.

The Loop manifests our collective neuroses about digital reproduction. Our twin obsessions with authenticity and memory are soothed by The Loop. Repetition subdues our fears of assimilating our identity to the machine. (Surrender thyself to a new web app that can quickly turn a webcam video into an instant #selfie loop!)

The Loop doesn't fret about the past or the present, because more than any form, it exists in-the-now. Christian Marclay's "The Clock" may be the perfect meditation on The Loop's attentive defiance against time. An experiment in data and repetition, "The Clock," which contains the entire history of filmmaking as its scope, is The Loop drawn out for an entire day, which may as well be a lifetime.