Ever notice Jennifer Connelly rarely plays a happy-go-lucky character? We did too! Since 'Noah' is now in theaters, we've gathered all of the actress's less-than-cheery roles in one place. 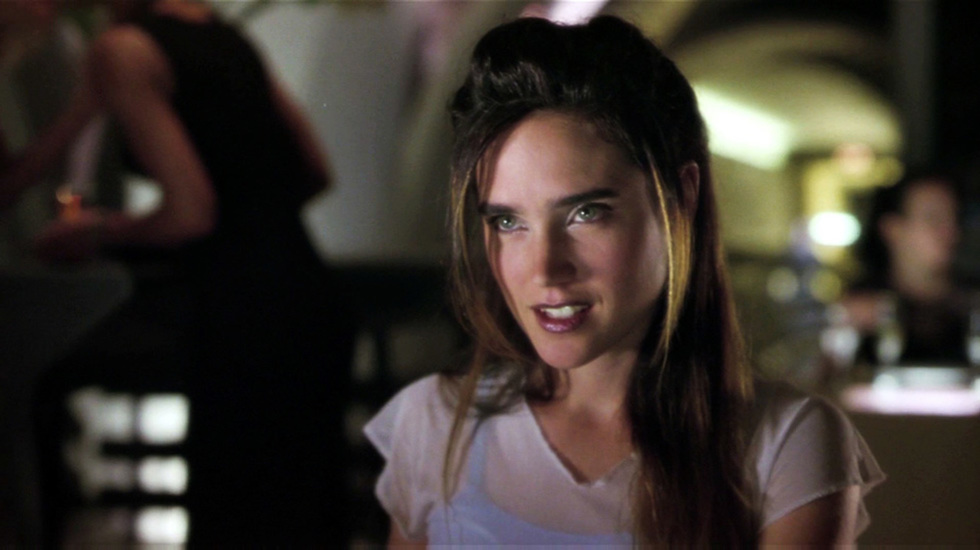 Who doesn't love Jennifer Connelly? To celebrate her role as Naameh in Darren Aronofsky’s biblical epic Noah, we’re reflecting on the sensitive roles the actress endures and their ironically shared fate – that they are almost always left betrayed, alone, confused, or broken-hearted. This is not to say her characters are in any way weak...they are just more often than not caught in some unfortunate situations. So without further ado, let's take a look at Jennifer's heavy-hearted past.

Vulnerable circumstance: When she’s forced to choose between the love of her life and the acceptance of her father, who only wanted a son in the first place. Ouch.

Vulnerable circumstance: After John's (Russell Crowe) hallucinations cause him to nearly kill their baby, Alicia must decide whether it's worth it to remain the devoted wife.

Vulnerable circumstance: An alcoholic struggling to overcome her depression after her husband’s abandonment, Kathy's home is suddenly taken over by crazy Behrani (Sir Ben Kingsley) and his even crazier family. After a series of unfortunate events, Kathy attempts suicide, but fails.

Vulnerable circumstance: When Sarah regretfully wishes her brother Toby away to the goblins and must figure out a way to get him back by befriending David Bowie.

Vulnerable circumstance: Kathy is cheated on by her husband Brad (Patrick Wilson) who begins an affair with Sarah (Kate Winslet) after their children become playmates. In the end, things kind of work out for the better, but sadly, Patrick Wilson is the real winner here.

Vulnerable circumstance: Ben (Bradley Cooper) confesses IN A HOME DEPOT to Janine that he’s been having an affair with Anna (Scarlett Johansson). Not cool.

Vulnerable circumstance: When Dahlia sacrifices her life by offering to stay with the creepy liquid ghost in return for her daughter Cece’s safety.

Vulnerable circumstance: Harry (Jared Leto) loses his heroin connections in Brooklyn and is forced to venture outside the city, leaving Marion in dire straights and in desperate need of a fix. She takes it upon herself to get her drugs even if it means er… hanging out with some indecent characters.