What Filmmakers Can Learn From Soderbergh’s 2014 Media Consumption

The legendary Steven Soderbergh just listed everything he watched and read in 2014 on his website. Here’s what we took from it. 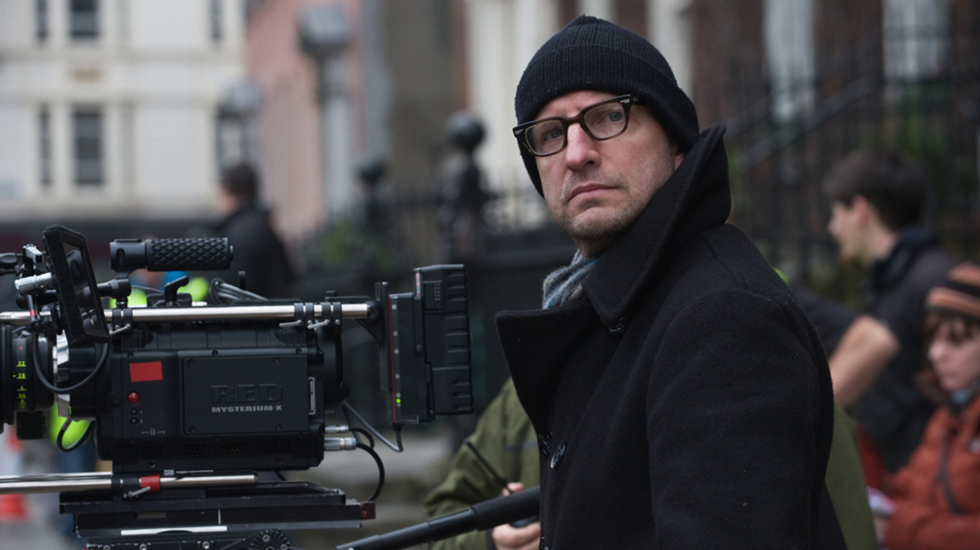 We’re glad Steven Soderbergh doesn’t understand the meaning of the word “retirement.” One of our most prominent TFF alums (The Girlfriend Experience, TFF 2009), Soderbergh had an extremely busy year, accomplishing more in his first year of  “retirement” than other filmmakers turn out during years in their prime. Just recently, the auteur posted a list on his personal website of all media—movies, television, books, theater and music—that he watched, read or listened to in 2014.

Soderbergh’s discipline is something to be admired. He understands that artists need to consume and assimilate all sorts of art to grow and become better. From his list, here’s what we think all filmmakers should take away from Soderbergh’s voracious media appetite.

Re-watch Your Own Work And Be Patient

In 2014, Steven Soderbergh didn’t sleep much, which proved to be good for audiences. It’s interesting to see how much he re-watched his own work. While some may say he is egomaniacal, we disagree. One of the most difficult tasks for filmmakers is to be their own critics, but Soderbergh’s media ledger indicates that self-evaluation is a major component of his creative process. Good things don’t happen overnight, and filmmakers must take delays or re-edits or re-shoots in stride.

It’s interesting to note that while his Cinemax TV show The Knick premiered in early August 2014, Soderbergh seemingly had already completed and watched 10 episodes at the end of January. Not a stranger to the New York theater scene, Soderbergh also directed “The Library” at the Public Theater. Before the play opened on April 15, he watched the show 14 times in the span of 26 days—sometimes twice a day. The auteur ended the year by serving as the producer, cinematographer and editor for Magic Mike XXL.  According to his list, he had already seen the film—clearly in different stages of the editing process—5 times before working toward a final cut. Soderbergh’s work ethic is staggering, but inspiring.

Don’t Be A Snob

One of the things we love most about Soderbergh is that he seemingly watches and reads anything and everything. One cannot continue to grow as a filmmaker just on re-watches of Stanley Kubrick’s 2001: A Space Odyssey (which Soderbergh watched 3 times in 2014). Over the course of 365 days, Soderbergh consumed classic films from auteurs such as Arthur Penn, Francis Ford Coppola, Ken Russell, Howard Hawks, Hal Ashby, Robert Altman and Kubrick. Additionally, he also kept up with the modern film landscape, devouring everything from indies (Honeymoon, Coherence) to award contenders (Inherent Vice, Boyhood) to documentaries (Beware Mr. Baker, Finding Vivian Maier).

Soderbergh doesn’t discriminate between high and low-brow projects; he seems to take inspiration from all kinds of sources without apology. In addition to critically acclaimed films, in 2014 he watched Die Hard: With A Vengeance, Runaway Jury, Katt Williams: Kattpocalypse and the unfortunate Elizabeth Banks vehicle, Walk of Shame. Soderbergh clearly watches movies not only to hone his craft, but also for their pure entertainment value. He’s not afraid to have those tiny guilty pleasures. Nobody should be.

Watch Television (And Lots Of It)

Soderbergh first immersed himself in the world of television in earnest with the 2003 show K-Street, which you really should see, if you haven’t already. 2014 marked Soderbergh’s return to series television with The Knick so it makes a lot of sense that his TV consumption would rival his film consumption. Indie filmmakers are now embracing television as a viable medium for long-form storytelling in growing numbers.  Excellent examples are Azazel Jacobs with Doll & Em and Lisa Cholodenko with Olive Kitteridge (both of which Soderbergh watched this past year).

While he didn’t consume much basic cable or network television, Soderbergh watched an obscene amount of HBO, Comedy Central and F/X programming, and he didn’t constrict his TV consumption to just US shows. He watched shows from the UK (The Thick of It, Black Mirror), Australia (The Slap) and Denmark (Arvingerne). Filmmakers should follow Soderbergh’s lead and look at media options outside the U.S to broaden their artistic range.

Make Sure You Are a Well-Rounded Person

Perhaps the most important lesson for filmmakers and artists to take away from Soderbergh’s 2014 list is that they should look outside of the worlds of film and television for inspiration because the creative impetus for projects can come from a variety of sources. Soderbergh read everything from popular titles like Donna Tartt’s The Goldfinch to books on filmmaking such as Piers Bizony ‘s The Making of Stanley Kubrick’s 2001: A Space Odyssey to more obscure works from the likes of Norwegian author Karl Ove Knausgard.

Need an idea for the soundtrack of your film? Soderbergh also keeps his ears sharp by listening to vinyl from current artists like Queens of the Stone Age and St. Vincent as well as classics from Al Green, Miles Davis and The Smiths. If you are well rounded like Soderbergh, anything is possible.

Soderbergh’s list is so indicative of the breadth of his interests and of his insatiable appetite for all things creative.  He essentially can talk to anyone about anything in terms of media, and isn’t that capacity something those of us working in media should strive for? Certainly, all filmmakers should use their time as wisely as Soderbergh.