The underrated Rebecca Miller returns to the screen—and ventures into new terrain—with her latest diverting effort. 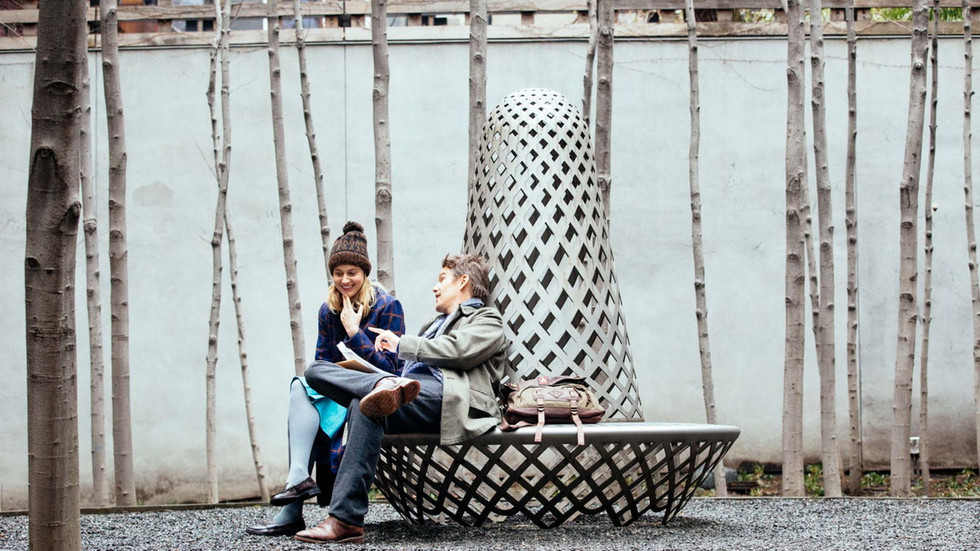 Writer-director Rebecca Miller has made a name for herself within the indie film landscape for appealingly intimate and occasionally uneven character exercises like Angela, Personal Velocity, The Ballad of Jack and Rose, and The Private Lives of Pippa Lee, which each solemnly revolve around American women of various ages, backgrounds, and—most importantly—emotionally-stunting afflictions.

So, color me surprised, then, that Maggie’s Plan, the filmmaker’s first project since 2009’s Pippa Lee, is a genuine hoot. Maggie is a merrily messy comedy about the romantic trials and accumulating tribulations of Greta Gerwig’s titular heroine, a meddlesome, overly-apologetic New York thirtysomething in the now-familiar Gerwigian vein. In a winning set-up that transplants the tangy, coded innuendoes and rapid couplings of a thirties-era comedy into a highbrow contemporary setting, Maggie's desire for a child leads her into a lopsided love triangle with a frustrated professor/would-be literary star (Ethan Hawke) and his über-erudite Danish wife (Julianne Moore, reveling in deadpan, flawlessly-accented affect), who becomes Maggie's rival then co-conspirator.


It's nothing short of delightful to find that Miller, who served on the leadership panel as part of Tribeca's inaugural Through Her Lens program this past year, can be so damn funny but also so adept at conveying her unexpected sense of humor with such insouciant cinematic sophistication. Miller's touch has never been lighter or more modest and the fizzy efforts of her ensemble (which also includes a terrifically befuddled Travis Fimmel as Maggie's aspiring baby daddy and Saturday Night Live alums Bill Hader and Maya Rudolph reuniting as Maggie’s married pals) keep this bubbly newborn happily bouncing through some unnecessarily repetitive growing pains, even though loopy, untraditional storytelling techniques are always welcome traits in both Miller and Gerwig vehicles.

I’m aware that, for some audiences, watching Gerwig embody yet another scatterbrained metropolitan is like falling through the ninth circle of hell, which is a journey that I, for one, am more than happy to frequently take. Maggie's Plan may not ultimately rank among the heights of Peak Gerwig, which is more a testament to the high-bar the actress-filmmaker has set for herself in the past five years through such sensationally spirited work in Greenberg, Damsels in Distress, and Frances Ha.

But Gerwig is, as always, an affably invaluable asset to the project at-hand and a gamely unclouded comedic collaborator of impeccable tonal sensibilities, capable of reaching heavenly comic highs within a screen persona built entirely of flesh and bone. In perfect tandem with Miller, Gerwig has constructed an invaluable heroine in Maggie, whose maternal wishes aren't the stuff of a one-dimensional, only-in-the-movies fanatic but a believably modern working woman, full of her own confusions, to be sure, but also her own convictions as well.

Together, Miller and Gerwig honor Maggie’s subtle screwball instincts, while also deepening its story into one that not only acknowledges but also joyously embraces all of life’s precariously personal perils.