The 11 Best Female Performances of the Year So Far

Find out why Kristen Stewart, Charlize Theron, and nine other actresses deserve your attention this year. 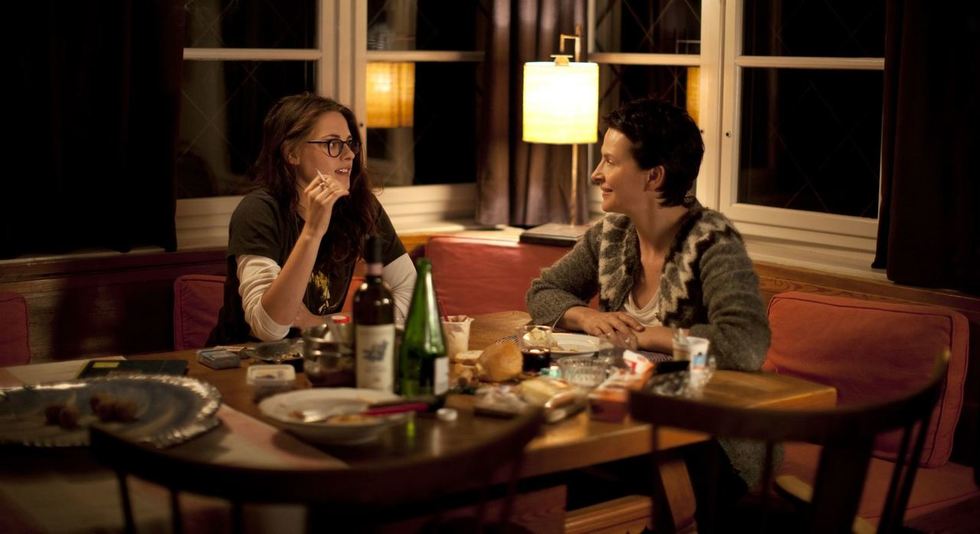 Now that we've reached the 2015 halfway mark, let's take a moment to remember the remarkable array of female performances that have already graced our screens so far this year. Eleven astonishing actresses delivered some of this years most dazzling turns but will likely get the cold shoulder come Oscar season, when Cate Blanchett and Carey Mulligan swoop down to draw away our attentions with their hugely-anticipated prestige projects. Blanchett, for her part, made for a decadently despicable evil stepmother earlier this year in Disney's live-action Cinderella, and Mulligan as well found riveting insights within an iconic character in this spring's Far from the Madding Crowd.

Still, neither performance is quite as stupendous as the eleven that made our final cut. Here are the exceptional ladies that Academy members should be sure to keep in mind come ballot time. 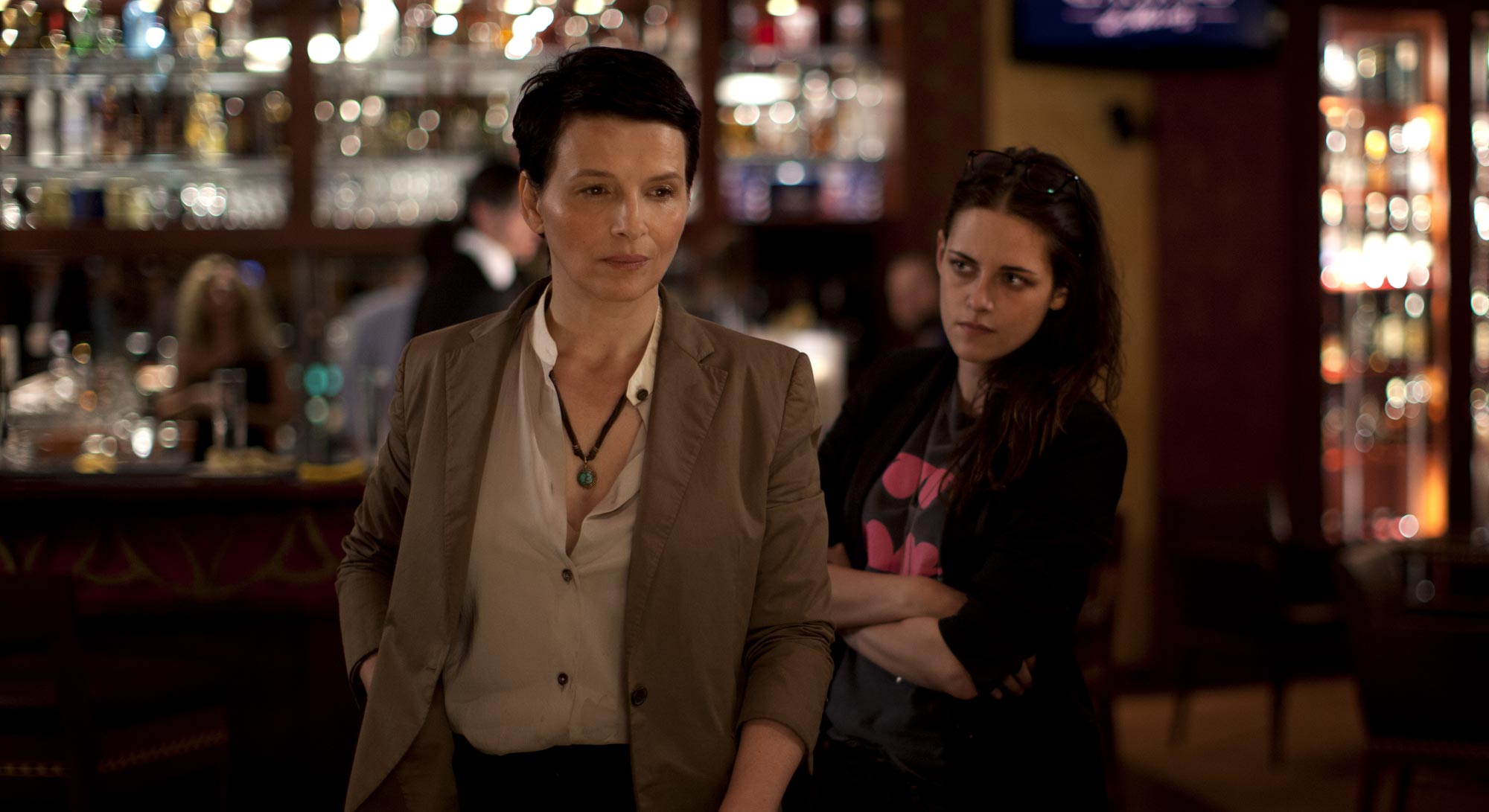 As an aging French acting legend and the uneasy American assistant trying to keep up with her, Juliette Binoche and Kristen Stewart don't veer too far from their established media personalities in Olivier Assayas' blunt meditation on fame and womanhood. But it's the deep, always-evolving layers of intimacy, sensitivity, and slyness that each actress invests in their subtly tricky roles that really puts this sparkling metatext over. Binoche remains the wondrous epitome of onscreen acting at its most lightly intuitive, and Stewart is a marvel of unwound directness, finally and fully shedding away the Bella Swan years and entirely deserving of both your respect and attention.

I can already feel the eyes rolling from here and, to some degree, I understand. Roll them if you must, but my vision was firmly planted on the sublime Dakota Johnson for the entirety of Sam Taylor-Johnson's much-mocked but not-half-bad adaptation of Fifty Shades of Grey. Johnson imbues her unexceptional wallflower role with incredibly compelling layers of humor, detail, and indecision, finding a real and fully-realized girl where once was only an empty vessel of subhuman eroticism.

Julianne Moore, Maps to the Stars

Sure, Julianne Moore just won an egregiously-overdue Oscar for her eloquent and endlessly empathetic turn as a fading Alzheimer's victim in Still Alice. But Moore might deserve that trophy even more for her blistering, batshit portrayal of a past-her-prime actress in David Cronenberg's hodgepodge satire Maps to the Stars. Moore's Havana Segrand is an undeniably grotesque creation, but leave it to our Greatest Living Screen Actress to merrily embrace the unhinged vulgarity of the part and in turn contribute a performance that's riotously deranged, surprisingly multifaceted, and more than likely the most inspired comedic performance of her illustrious career. Amy Poehler and Phyllis Smith, Inside Out

Even in a world with Robin Williams' Genie, Tom Hanks' Woody, and Ellen DeGeneres' Dory, there are still critics questioning the validity of voice-only performances. But Inside Out should put any remaining concerns to rest, thanks to the pitch-perfect work of the impeccably-cast Amy Poehler and Phyllis Smith as the dueling emotional embodiments of Joy and Sadness in Disney/Pixar's latest exercise in tear-stained animated storytelling. Poehler has always been the human epitome of joy, making her triumph no less stunning but a little less surprising than the heartbreakingly rueful work of Smith, and yet both actresses deliver performances of vivid emotional specificity, whip-smart comedy, and remarkably-realized creativity.

Argentinian filmmaker Damián Szifrón's reflective, Oscar-nominated vignette collection Wild Tales culminates in what is almost certainly the most hilariously demented wedding that the big screen has ever seen. This is in large part due to the nimble, gloriously go-for-broke efforts of Erica Rivas as the blazing, betrayed bride at the center of the marital maelstrom. Rivas quite literally has her cake and devours it too, unafraid to go big in a brief yet bracingly high-wire comic performance that transforms a funny if familiar scenario into a jolting, jaw-dropping revenge play of dizzyingly absurdist proportions.

While casting her unforgettable coming-of-age study about a scrappy band of adolescents, French filmmaker Céline Sciamma searched for months to find the right, nonprofessional girl to fill the central role of Vic, a yearning innocent who transforms into a tougher but no less confused woman throughout the course of the film, as well as that of Lady, the group's confident, mercurial ringleader. It's of great relief to director and audiences alike, then, that young newcomers Karidja Touré (Vic) and Assa Sylla (Lady) are each agile, affecting actresses whose performances feel neither amateurish nor overly-polished. They never for a moment feel like they're kicking open the door to their own stardom. They never for a moment feel out of their depth. They only ever feel like Vic and Lady, and it's their truthful, multilayered playing that elevates this exquisite youthful portrait to the realm of Antoine Doinel and Truffaut's 400 Blows.

As Maggie Gyllenhaal already keenly pointed out, the real magic of Charlize Theron's instantly-idolized Mad Max performance lies in one utterly haunting pair of bloodshot peepers. Theron conjures an entire history of harrowing, untold stories through that sore, weary stare, which remains a constant and compelling point of compassionate viewer connection throughout the relentless run of this wondrous, woozily-stylized action spectacular. Imperator Furiosa is exactly the feminist warrior our summer movie season needed, but Theron never gets caught playing the action hero, even for a second. Her soulful, sturdy Furiosa is a combat queen made unmistakably of blood, sweat, and tears, muscular in body, mind, and heart.