The end of the summer is always a slog at the multiplex; at the art-house theaters, though, the changing season has brought with it two great performances that deserve more attention. 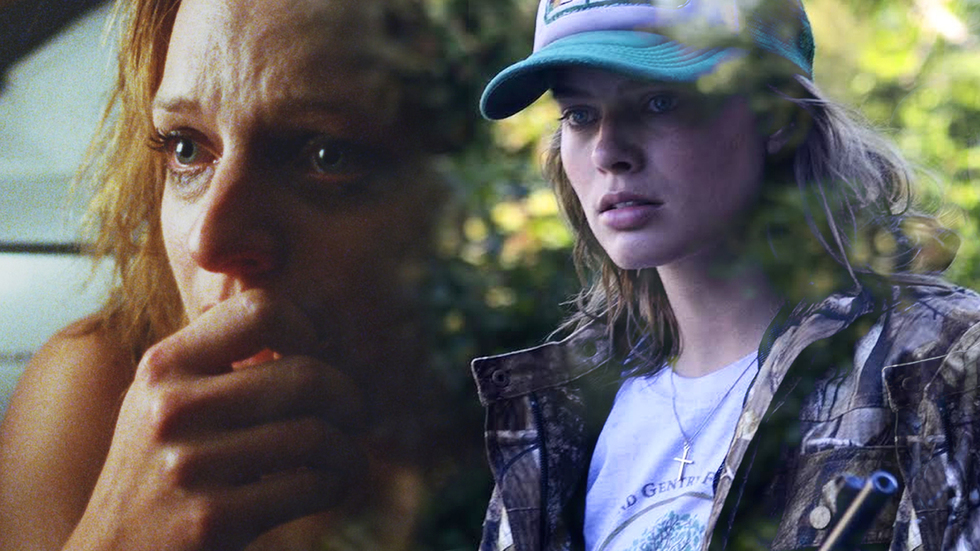 Now that everyone has seen Straight Outta Compton, are there any legitimate reasons to seek out new movies in these final summer days? It’s always a tough sell to choose the nearest multiplex over the closest beach or pool, but even more so as August reaches its climax and Hollywood dumps its leftover popcorn fare and low-level genre flicks into theaters. This summer’s blockbuster season—one of its most lucrative ever, thanks to Jurassic World, Avengers: Age of Ultron and other smashes—officially concluded when Fantastic Four bricked harder than a DeAndre Jordan free throw shot, and now cinephiles and film bloggers alike are looking ahead at the fourth-quarter awards season rush.

Proving that sentiment, this weekend’s new wide-release options look rather grim—that is, unless the sight of Owen Wilson doing his best Liam Neeson impersonation or Zac Efron portraying an Entourage version of Calvin Harris seems appealing. But the barren multiplex wastelands shouldn’t deter movie lovers from embracing what’s new. Over at the smaller art-house theaters, there are two excellent new indie dramas opening this week, each of which features a career-best performance from an actress who’s not quite A-list yet but sure as hell deserves to be.

It's fitting to label the country’s larger movie-house as "barren wastelands" in regards to the first of these two new releases. A hit at this year’s Sundance Film Festival, Z for Zachariah breathes new life into the downtrodden and overly visited "post-apocalyptic" film set-up. In Compliance writer-director Craig Zobel’s latest, the world’s gone to crap thanks to widespread radiation, a civilization-crushing eco nightmare that’s contaminated the water and killed millions of people off with its transmitted sicknesses. Miraculously, young farm girl Ann (played by Margot Robbie) has been able to survive free of illness by staying put on her family’s land, which has somehow built up a physical immunity to the devastation. While hunting for food with her beloved dog, Pharaoh, Ann befriends John (Chiwetel Ejiofor) a former research engineer, and invites him back to her home. Their Adam-and-Eve-like bond is a mutual lifesaver until a dirty and potentially menacing stranger, Caleb (Chris Pine), shows up on their property.

The minimalist Z for Zachariah is an atypically quiet and anti-action apocalyptic genre film, but the grip of its tension is often vice-like. With the complications that arise from the characters’ “three’s a crowd” romance dynamic, Zobel illustrates the ways in which human nature never changes, no matter how extreme or dire life’s circumstances become. Physical attractions remain, and jealousy doesn’t subside, just because the world’s practically over. And in Ejiofor and Pine, Zobel has two strong actors giving their best, showing the alternate sides of a man’s desire—Ejiofor with the silent restraint, and Pine with the more carnal brutishness. They’re two wildly different actors, yet they’re perfectly cast. They’re also both revisiting familiar ground, with Ejiofor tapping back into the internalized emotions of 12 Years a Slave’s Solomon Northup and Pine subtly channeling his Captain Kirk cool-guy demeanor.

Z for Zachariah’s wild card, though, is Robbie. Until now, she’s given camera-owning performances as glamorously sexualized love interests with formidable confidence and the ability to wrap men around their diamond-studded fingers. She was the undeniable breakout in Martin Scorsese’s Caligula-for-the-financial-sect tragicomedy The Wolf of Wall Street (2013), dominating a larger-than-life Leonardo DiCaprio turn similar to how Sharon Stone held her own against Robert De Niro in Casino; earlier this year, Robbie out-charmed Will Smith in the sleek con artist romp Focus. Able to overshadow DiCaprio and Smith, also known as two of Hollywood’s biggest megastars, Robbie has rightfully emerged as the scene’s new "It" girl. And come 2016, she’ll potentially reach Heath-Ledger-as-The-Joker levels of magnificence by playing Harley Quinn in the DC Comics’ flick Suicide Squad. One look at that film’s trailer and it’s clear that Robbie is the film’s ace-in-the-hole.

What’s amazing about Robbie's Z for Zachariah performance is how antithetical it is to everything audiences and Suicide Squad trailer re-watchers have seen from her. Unlike her enormously alluring characters in The Wolf of Wall Street and Focus, Z for Zachariah’s Ann is girl-next-door beautiful, clad in flannel button-ups, trucker hats and baggy denim pants. Hinting at sexual inexperience and a lack of self-esteem, Robbie plays Ann with a delicateness that’s tender, vulnerable and undeniably lovable. Neither John nor Caleb is right for her, and it’s impossible to watch her interactions with the two possible last men on earth and not want to be her support system. It's not that she’s a pushover—Robbie nails the character’s inner strengths, perfectly exhibited in a scene where Ann reminds John that she’s arguably the most resilient survivor of them all.

It’s the kind of muted performance that won’t necessarily get Academy members or the Golden Globes brass in a tizzy, but it’s certainly an eye-opener for anyone who’s pinned Robbie as nothing more than screen-friendly eye candy. Z for Zachariah proves that she could be the next Julia Roberts or Jessica Chastain, not Jessica Biel with a Marty Scorsese credit. Her best moment in the film is wordless: after a drunken night with Ejiofor’s John, she unconfidently disrobes and offers herself to him, but he balks at the opportunity, lest he makes their situation awkward post-intercourse. Robbie’s Ann is confused, and hurt, thinking there’s something wrong with her—she acts like the kind of The Wolf of Wall Street’s Naomi would laugh at. It’s a heartbreaker.

Watching Z for Zachariah, one gets the impression that Robbie might have absorbed Holly Hunter’s work in Jane Campion’s The Piano (1993). In Brooklyn-bred writer-director Alex Ross Perry’s Queen of Earth, on the other hand, star Elisabeth Moss has clearly freebased the psychological madness of Catherine Deneuve in Roman Polanski’s Repulsion (1965). Whereas Z for Zachariah rattles the senses with suggestions and reserved animosity, the nerve-shredding Queen of Earth often flirts with all-out horror. Having previously worked with Moss in his 2014 indie darling Listen Up Philip, Perry smartly handpicked the Mad Men fan-favorite to lead his stripped-down ode to Ingmar Bergman and the aforementioned Polanski. Akin to how Robbie goes against type in Zobel’s film, Moss taps into new dimensions of her already multi-faceted skill set, elevating what could’ve been a cold 90-minute dose of inaccessible cynicism into a terrific look at the dark side of privilege.

Moss plays Catherine, a woman on the edge who’s going through a disabling rough patch. Her father, an esteemed artist who employed her, recently passed away, and the man she loves, James (Kentucker Audley), dumped her not too long after that. In the midst of a serious downward bender, Catherine retreats to her friend Virginia’s (Inherent Vice’s Katherine Waterston) lakeside house for some much-needed and secluded R&R, which, unfortunately for her, ultimately stands for "revulsion and repugnance." Everyone around her, particularly the mostly unsympathetic Virginia, are more confrontational than consoling, and it doesn’t take long for Catherine to descend into a depressive state of irreparable sadness compounded by freaky hallucinations. In its creepiest scene, Perry morphs a seemingly innocent hipster house party into a surrealistic homage to Herk Harvey’s cult horror classic Carnival of Souls (1962).

Queen of Earth is a bare-bones exercise in genre formalism. Like Martin Scorsese’s Shutter Island but on an infinitely smaller scale, it’s Perry’s chance to indulge in quasi-horror style, mood and visuals, and he’s a talented enough filmmaker to never let that potentially one-dimensional playfulness lose its underlying impact. Which is why Moss is so crucial to Queen of Earth; in a lesser actor’s control, her Catherine character would’ve been played over-the-top, a kind of lo-fi Norma Desmond without Gloria Swanson’s command. But Moss keeps her humanity in check throughout, avoiding overly theatrical hysterics and effectively conveying the slightest bit of please-help-me desperation.

Queen of Earth opens tomorrow, August 26, in NYC at the IFC Center and the Film Society of Lincoln Center. Watch the trailer here: