Take a peek at the movie slate for May: what's big, what's risky, what you should be looking forward to. 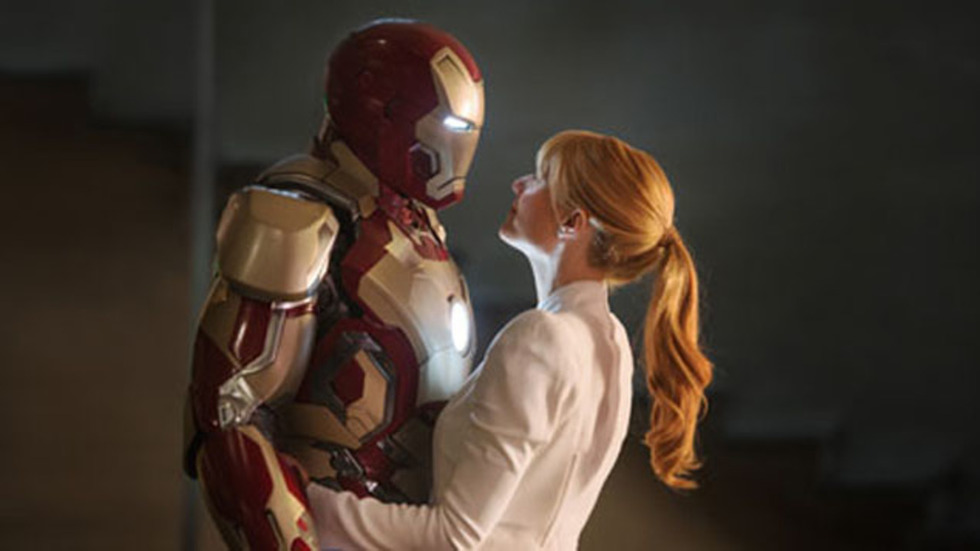 The Big Dog in the Yard
Once the summertime hits, it gets hard to settle on just one behemoth for the month. The first monster out of the gate comes this weekend with the third installment of the Iron Man series. Writer Shane Black has been getting a lot of credit in the early reviews for taking the film down a darker road. It's funny, when Iron Man debuted in 2008, it was seen as the antidote to the increasingly dark Batman movies, but now I guess a darker Tony Stark is a way to differentiate Iron Man 3 from The Avengers.

At mid-month, the next contender for summer's big monster comes, with Star Trek Into Darkness. J.J. Abrams adds Benedict Cumberbatch -- as well as some terrestrial devastation -- to the mix, just before he starts to divide his space endeavors between Star Treks and Star Wars. It'll be interesting to see if this movie can keep up with its competitors or if we're looking at a blockbuster landscape where the Marvel movies are just on a higher plane than everything else.

Riskiest Gamble
Baz Luhrmann's The Great Gatsby is going for it in every respect, from casting to music to a manic tone and crammed-in-at-every-angle visuals. This ended up working quite well with Moulin Rouge!, and if Shakespeare can prove malleable enough for Romeo + Juliet;s Bazmark treatment, surely the F. Scott Fitzgerald literary classic shouldn't prove to be insurmountable. But putting an expensive-looking movie into a marketplace that may only have a niche to accommodate it could make people look bad if its success is more limited. If it's a smash, though, it's an even bigger accomplishment.

Performances to Watch Out For
With the special effects taking top building in most of the major releases, there are compelling performances to be found in some of the smaller releases. I'm thinking of Greta Gerwig's star turn in Noah Baumbach's Frances Ha (which Gerwig co-wrote, and whose trailer we have already enthused about), or the three young protagonists in The Kings of Summer (or, for that matter, Nick Offerman, Megan Mullally, and Alison Brie in that same movie). Over on the blockbuster side, I have become more and more enamored with Jesse Eisenberg seemingly once again channeling that Zuckerberg swagger for the illusionist crime thriller Now You See Me.

Toughest Opening-Weekend Decision What to do on May 24th if you're feeling dude-ish? All of a sudden, bro audiences will have to make the choice between Fast and Furious 6 and The Hangover, Part III. Both involve fast cars and dudes being dudes (though only one features Zach Galifianakis singing like an angel at a funeral). I guess it comes down to whether you're into comedy or drama that weekend? I suppose you could always ditch both, trade in your dudes for Beyonce, and see the animated Epic.

Counterprogramming Options It's almost more fun to track the summer counter programming than it is to follow the blockbusters. While the bigger rooms will be blasting the lily-white '20s troubles in The Great Gatsby, Craig Robinson, Kerry Washington, and David Alan Grier will be doing the Meet the Parents thing in Peeples. And at the end of the month, Brit Marling and Zal Batmanglij's ecoterrorism thriller The East should serve as a handy alternative to those looking to avoid the crowds at the post-apocalypic After Earth.

Best Movie to See With Friends
Speaking of which, I'm hoping to gather SOME friends to go check out After Earth with me. A post-apocalyptic, abandoned Earth, plus M. Night Shyamalan, plus Will Smith doing a crazy strange accent? How are you NOT insanely curious? That same weekend, you've got the horror flick The Purge, which offers the tantalizing notion, "What if, for one night a year, all crime was legal?" You know, to help control the prison population! Think about it!

Best Movie to See Alone
Richard Linklater, Julie Delpy, and Ethan Hawke are back again with Before Midnight (a 2013 Tribeca Film Festival film, of course), delving into the deepest reaches of romantic relationships and, in this installment, marriage and kids. This is definitely one to sit with and think about, just you, your thoughts, and Linklater/Hawke/Delpy's pristine dialogue.

Previously: Where Can You Find the 2013 Tony Nominees at the Movies?