Melissa Mathison, the Screenwriter Behind Steven Spielberg's E.T., Has Passed Away 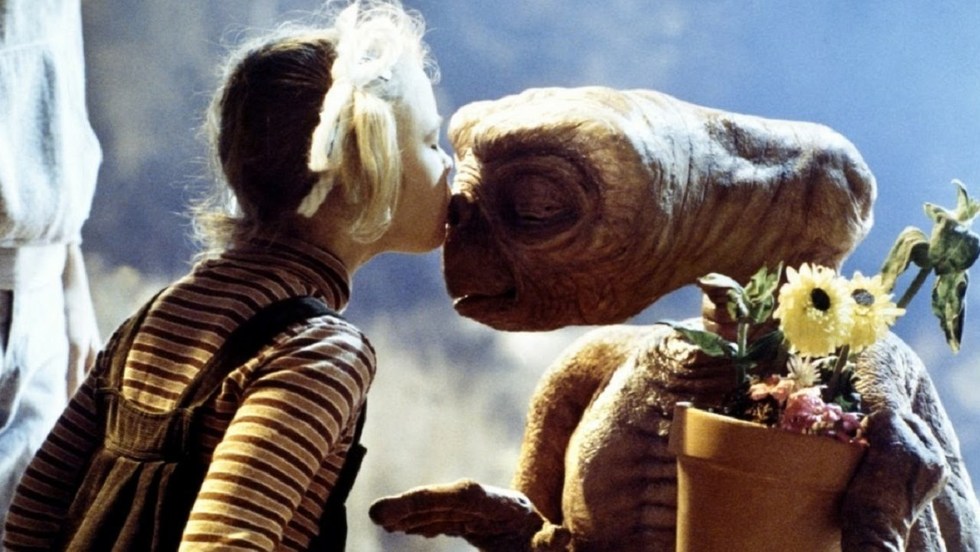 While nearly all of Hollywood talks about the need for gender equality in the industry, and rightfully so, a related truth has gone under-discussed, if not altogether neglected: a woman wrote one of the greatest movies ever made.

The movie is E.T.: The Extra-Terrestrial, Steven Spielberg's amazing sci-fi masterwork about a boy and his pint-sized alien friend. E.T., released on June 11, 1982, was written by Melissa Mathison, who’d previously penned The Black Stallion (1979) for Spielberg's pal Francis Ford Coppola's production studio, American Zoetrope. Together, Spielberg and Mathison changed the lives of millions of '70s babies, not to mention the countless people who’ve since discovered the film.

But now, sadly, one of half E.T.'s creative team is no longer with us. Entertainment Weekly reported last night that Melissa Mathison has passed away from an as-yet-undisclosed illness; she was 65. The terrible news comes on the heels of Mathison’s latest collaboration with Spielberg—she wrote the screenplay for The BFG, the iconic director’s next movie, an adaptation of Roald Dahl's novel about an orphan boy. The BFG was her third team-up with Spielberg; their second joint effort was the "Kick the Can" segment in 1983’s perennially underrated genre anthology Twilight Zone: The Movie. Mathison also wrote the screenplay for Martin Scorsese's Kundun. She was married to Harrison Ford from 1983 through 2004, during which they had two children, Malcolm and Georgia.

Despite all of those impressive credits, Mathison's cinematic legacy will forever be E.T., and for good reason—it truly is a masterpiece. The story behind how Elliott’s heartwarming friendship with his adorable little intergalactic buddy is equally uplifting.

The idea for E.T. first hit Spielberg while he was filming Raiders in the Lost Ark in Tunisia. During a shared car ride, he opened up to Mathison and Ford, the latter, of course, there portraying Indiana Jones. Spielberg was especially keen to explain his E.T. concept to Mathison because of The Black Stallion, a film that, similar to the alien pitch, was about a lonely boy and his non-human best friend. (In that case, the friend was a horse.) "[Mathison] wept," Spielberg tells writer Tom Shone in the 2004 book Blockbuster: How Hollywood Learned to Stop Worrying and Love the Summer. "I thought, 'Gee, she has a tear in her eye, Was it the way I told the story? Was it my performance or the story?' And I realized that it was not my performance at all. So I asked Melissa if she would write it. She said absolutely and dropped everything. We began working on the outline right there in the middle of the Sahara Desert."

Mathison started writing the screenplay, then called E.T. and Me, in October of 1980. She split the process between finger-to-keyboard sessions in her Hollywood office and sessions in Marina Del Ray, where Spielberg was editing Raiders in a beachside apartment. They bounced ideas off of each other and save their best pitches via tape recorder. One of Spielberg's notions was to have E.T. drop down from outer space into an empty car lot; Mathison saw the character's arrival differently. She wanted E.T. to land in a forest. "Forests are magical," Mathison told Spielberg. "There are elves in forests."

Once Mathison had a completed first draft, Spielberg immediately sat down with it, and by the time he'd finished reading it, he was blown away. "Melissa delivered this 107-page first draft to me and I read it in about an hour," he recalls in a special feature from E.T.'s special edition DVD. "I was just knocked out. It was a script I was willing to shoot the next day. It was so honest, and Melissa's voice made a direct connection with my heart."

Just as it did with anyone who's seen Spielberg's finished E.T. film.