Score high enough on the ReActor and you’ll be rewarded with tickets to the 2016 Tribeca Film Festival! 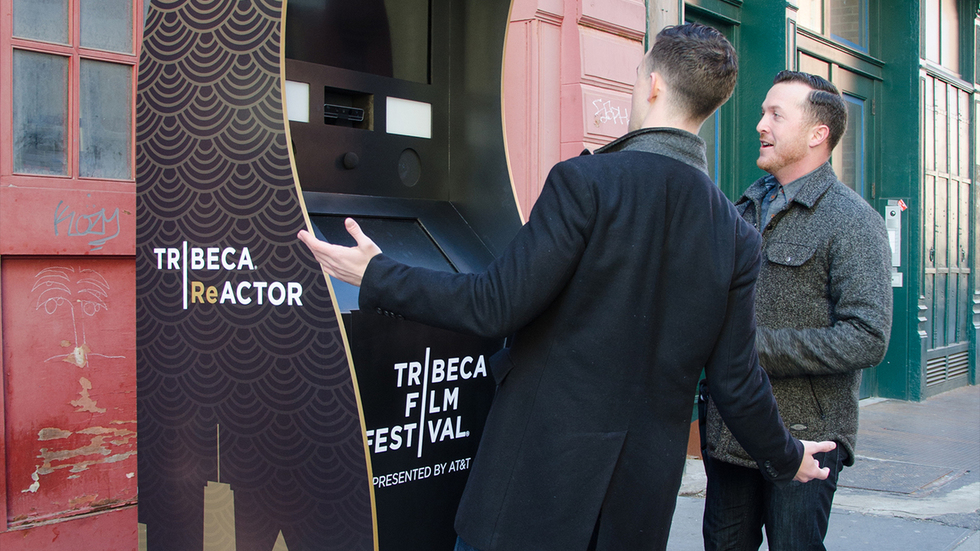 Have you ever watched a movie and said to yourself, “I could do that?” Thanks to Tribeca’s latest invention, you might finally get the chance.

Tribeca is proud to present The Tribeca Film Festival ReActor, the world's first computerized acting judge! You've seen it done for dancing and guitar-playing, but never for acting. The ReActor drops players right into the middle of classic film scenes from some of your favorite movies, from “I see dead people” to “I’ll have what she's having.” The ReActor then combines vocal and facial recognition with Kinect motion technology to record and judge actual performances. And it gets even better!

Score high enough on the ReActor and you’ll be rewarded with tickets to the 2016 Tribeca Film Festival! That’s right, you can literally win free movie tickets just by recreating classic film scenes.

The ReActor will make its debut on Tuesday, March 29th and travel across New York City, from Madison Square Garden to our very own Tribeca Festival Hub, in the weeks leading up to the 15th annual Tribeca Film Festival. Track its location and find out when the ReActor rolls into your neighborhood by using the hashtag #Tribeca2016 or follow us on Twitter at @Tribeca.

So, take Baby out of that corner. Tell Luke Skywalker you are, indeed, his father. Can you match Meryl Streep in The Devil Wears Prada? No, you probably can’t. But you can win free Tribeca tickets for giving it your best shot!

Don’t wait, come out and play! Who knows? This might just be your big break…