Neil LaBute on Digital Distribution and Why Screen Size Matters

With ‘Some Velvet Morning’ now on VOD and digital platforms, we spoke briefly with playwright/filmmaker Neil LaBute about distribution strategies and the importance of that collective audience experience. 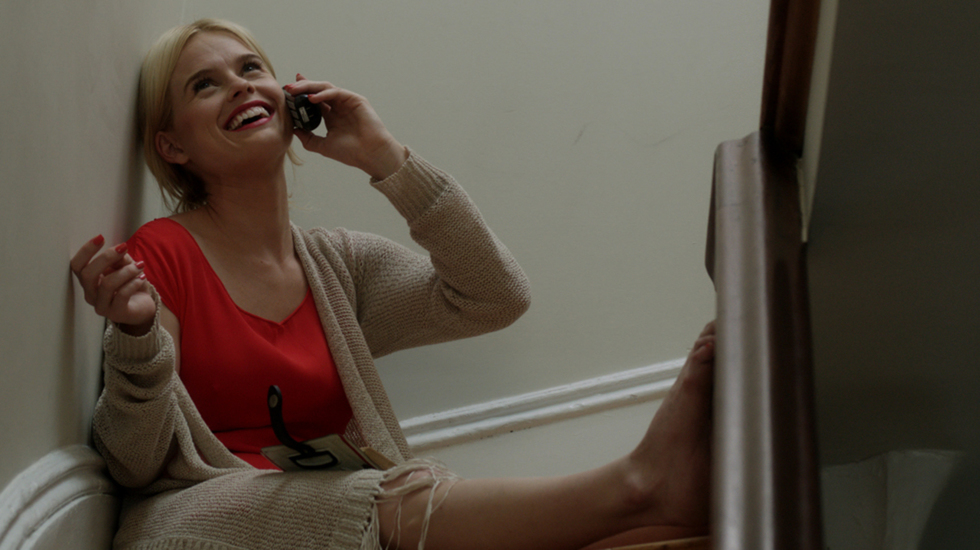 Neil LaBute is no stranger to the independent film world.  With his latest film, Some Velvet Morning, being heralded as a return to form for the auteur, we took the opportunity to speak with LaBute about the downside of unlimited access to media, his love of short filmmaking, and how shooting on digital has changed the world of acting forever.

Tribeca: Some Girl(s) was the first film to be released on Vimeo’s new distribution platform. As the writer, were you involved in discussions about the release strategy?

Neil LaBute: Somewhat, but fairly peripherally because I wasn’t the director. I had no real part in that film besides my connection as the writer.  However, when I heard that they were releasing Some Girl(s) on Vimeo platform, it really made a lot of sense to me.  I’ve always been an advocate of films of this size and independent projects in general.  I think there is a market out there for people who don’t live in the big cities where films like Some Girl(s) get their distribution. Platforms like Vimeo allow many more viewers to be part of the discussion in that immediate moment when the film is just out. I thought it was a good idea.

Life has just gotten quicker and busier. People get to determine when and how they want to watch their entertainment now.

Tribeca: Do you think the era of the big theatrical releases is coming to an end?

NL: I think there are always going to be those big wide theatrical releases.  It’s difficult for blockbusters to open on 3000 screens and sustain profits, but the studios love to have that big opening weekend when people go out of their homes to see them.

I love to go to the movies. I think that’s still an experience that people love to have.  I love to go see both blockbusters and independent movies in the theaters. What’s out now…Blue is the Warmest Color? I’d go and see that in the movie theater, but not everybody does.

Life has just gotten quicker and busier. People get to determine when and how they want to watch their entertainment now. They have limitless options for consuming media. They can devote exactly the time and dollars they want to spend in theaters, and for the rest they are content to watch on their laptop or on-demand at their leisure. Sometimes, you’d rather watch something at 11PM on a Tuesday as opposed to 7PM on a Friday night.

The upside is that films that might be released on only a handful of screens anyway now have the chance to have a collective audience experience across the country. Your audience is no longer a group of people of the same demographic watching in one theater, but people who group together by being able to download that movie at the same time during a given weekend – that’s how that audience has been spread out. I think it’s actually a great thing.

Being able to shoot longer allows people to stay in that kind of cocoon of creativity. I think I appreciate that freedom most from the time I’ve spent shooting on digital.

The movies that are still studio, bigger, tent pole kind of things will continue to be around. Those films sort of break through every so often, grow and keep being heard of by an audiences and people going week after week., but they are the rarer cases. I think most films should be prepared and happy to be able to go out in front of a few theaters and then be glad that they have a chance to come directly into people’s homes.

Tribeca: The stigma against VOD and digital distribution seems to be slowly going away. I think the larger question is: does it matter how people see your work as long as they see your work?

Tribeca: In addition the series you wrote, Full Circle, you recently entered into a deal with Direct TV to create a series of 10 short films. As an established feature film writer/director, what keeps you coming back to short films?

NL: The freedom to do what you want. With short films, you get to focus on making yourself happy first. You’re kind of given the ability to do what you want.  For a small amount of money, you can go out and write about what you want to write about, hire who you want to hire, and work in black and white if you want to.  All those things that make a distributor go “Oh god, no this is so hard to deal with in terms of mass-marketing a film.” They don’t seem to worry as much about the marketing when things are on a smaller scale.

There are certainly movies I’d rather see in iPhone size than not at all.

Tribeca: What’s the biggest change in film you’ve seen in 2013?

NL: Speaking for myself, I have worked much more on digital and it’s been really interesting to see how adaptable that medium is to the acting process. It’s nice not to have to call cut constantly because you’ve run out of film in the camera.

With digital, you’re able to shoot for longer periods of time and allow people to create without these false breaks that kind of throw everybody off.  Being able to shoot longer allows people to stay in that kind of cocoon of creativity. I think I appreciate that freedom most from the time I’ve spent shooting on digital.

I can see many filmmakers in the future saying, “God, I wish we were shooting on film still.”  Those discussions will probably always be around, but I think the fact is that digital is going to be around to stay because it actually makes sense and people seem to be embracing it.