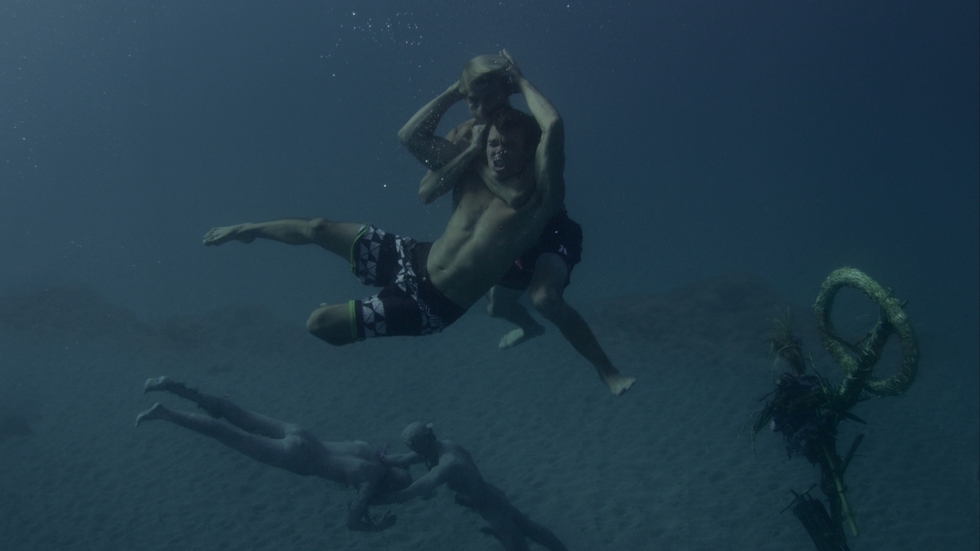 Several of the films screening at the 2016 Tribeca Film Festival, taking place April 13-24, were either supported by the Tribeca Film Institute or come from TFI alums. Take a look and definitely put these groundbreaking films on your must-see list during the Festival.

AWOL (2015 IWC Filmmaker Award recipient)
Directed by Deb Shoval
Joey (Lola Kirke) is a young woman in search of direction in her small town. A visit to an army recruiting office appears to provide a path, but when she meets and falls in love with Rayna (Breeda Wool) that path diverges in ways that neither woman anticipates.
BUY TICKETS HERE.

Check It (2014 TFI Documentary Fund grantee)
Directed by Dana Flor and Toby Oppenheimer
Fed up with being abused and harassed on the brutal inner-city streets of Washington D.C., a group of gay and trans teens form a gang to fight back. This raw and intimate portrait follows four Check It members as they struggle to find a way out of gang life through an unlikely avenue: fashion.
BUY TICKETS HERE.

The Charro of Toluquilla (2014 TFI Latin America Fund grantee)
Directed and written by Jose Villalobos Romero
Jaime García appears to be the quintessentially machismo mariachi singer, yet beneath his magnetic confidence lies a man struggling to maintain a relationship with his estranged family while living as an HIV-positive man. In Jose Villalobos Romero's remarkable cinematic debut, he utilizes vivid tableaus and stylized perspective to paint a beautifully unique and emotional portrait of a man divided. In Spanish with subtitles.
BUY TICKETS HERE.

Solitary (2014 Gucci Tribeca Documentary Fund grantee)
Directed by Kristi Jacobson
With unprecedented access, director Kristi Jacobson offers a deeply moving portrait of life inside solitary confinement within a supermax prison. Filmed over the course of one year, this riveting film tells the story of the complex personalities that dwell on either side of a cell door while raising provocative questions about the nature of crime and punishment in America today.
BUY TICKETS HERE.

The Man Who Knew Infinity (2015 TFI Sloan Filmmaker Fund grantee)
Directed by Matthew Brown
In 1913, a self-taught mathematics prodigy Ramanujan (Dev Patel) traveled from his home in India to Trinity College in Cambridge to study with the esteemed professor GH Hardy (Jeremy Irons). Hardy fights for Ramanujan to be recognized as the two of them struggle with prejudice, illness, and culture on the road to perfecting the theorems that changed the course of history of math. In English, Tamil with subtitles. An IFC Films release.
BUY TICKETS HERE.

Women Who Kill (2015 Tribeca All Access® grantee)
Directed and written by Ingrid Jungermann
Morgan and Jean work well together as true crime podcasters because they didn't work well, at all, as a couple. When Morgan strikes up a new relationship with the mysterious Simone, their shared interest turns into suspicion, paranoia, and fear. Ingrid Jungermann's whip-smart feature debut is an adept and wry comedy on modern romance’s hollow results, set in an LGBTQ Brooklyn.
BUY TICKETS HERE.