The 5 Most Exciting Things About the ‘Oldboy’ Trailer

Many have criticized Hollywood’s baffling decision to remake Park Chan-wook’s 'Oldboy,' the 2003 Grand Prix winner at Cannes. But the recent trailer for the film, which will be helmed by Spike Lee, looks pretty good. 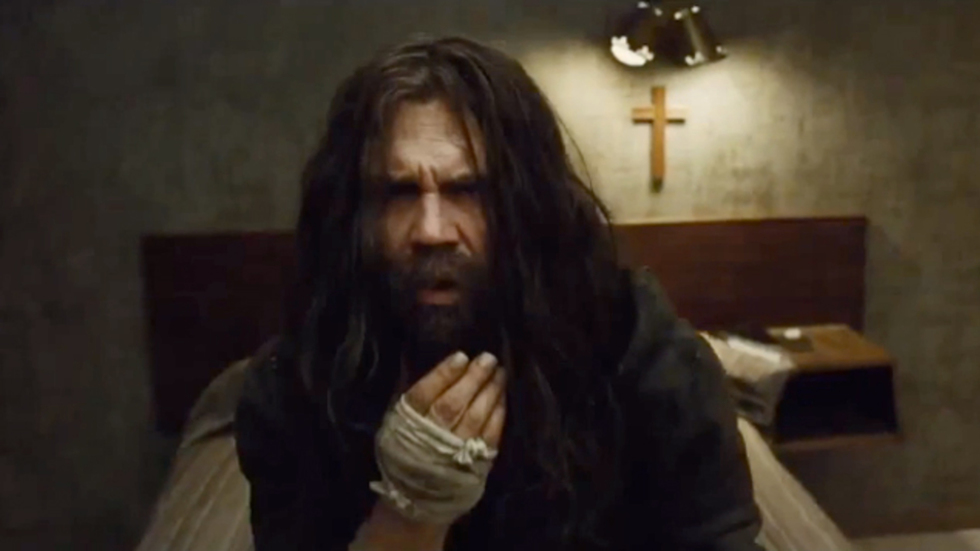 If you’d like to see your daughter alive again, answer two questions. One: why did I imprison you for twenty years and two: why did I let you go?

Cinephiles and fanboys protested when the much-talked about remake of Park Chan-wook’s classic, Oldboy, finally got the green light with Spike Lee directing. Will Smith was famously approached for the challenging lead role of Oh Dae-su (made famous by Choi Min-sik in the original) but turned it down. The underrated and usually understated Josh Brolin has stepped into the lead role of Joe Doucett (the hero in the remake).

The core details of the plot still appear to be the same. Doucett is a businessman who is kidnapped on his daughter’s birthday and wakes up imprisoned in what appears to be a hotel room. With no way out, Doucett discovers through the television that his wife has been murdered and that he is the prime suspect. Locked up for 20 years, Doucett is driven to the brink of madness. He is released without explanation and tasked by his captor to discover why he was imprisoned.  If he fails, he is assured that his daughter will be murdered. Doucett goes on a mission of vengeance and brutal discovery as the tries to spare the lives of his loved ones (including Elizabeth Olsen).

While we remain skeptical, we have to admit that five things about the trailer make us feel that this remake could turn out okay.

Though we’re fans of Will Smith, we weren’t exactly crying over spilt milk when he turned down the project. Brolin will work just fine.  He is a character actor to the core but with the look of an old-fashioned leading man. Known for being a little rough around the edges, Brolin is very believable as the complex Doucett, a man driven to violent extremes as he seeks to satisfy his need for revenge and his desire to know the truth.

Like all auteurs, Spike Lee has a group of players, both on and off-screen, whom he is comfortable with. We were delighted to see both Michael Imperioli (Jungle Fever, Malcolm X, Summer of Sam) and Samuel L. Jackson (School Daze, Do the Right Thing, Jungle Fever, Mo’Better Blues) included in the film’s already impressive cast. Bruce Hornsby (who worked on Red Hook Summer) is also doing the score for OldBoy.

Though the remake seems to pay pretty close attention to the original, Lee manages to include some of his trademark techniques such as news bulletin clips. Images of the destruction of Hurricane Katrina are prevalent, as are Lee’s political preferences, as indicated by the news footage of Bill Clinton and Barack Obama.

Pays Homage to the Original

It’s clear that Lee and his production team have watched Oldboy and read the original manga the film is based off of a few times. The trailers from the original and the remake share many similar images (like the one you see above). Every indication is that Lee is going out of his way to respect the vision of Park Chan-wook and the fervor of the original film’s fanbase by paying appropriate tribute to the original. Some may call it “stealing,” but they would be wrong.

From Seoul to New Orleans

New Orleans is quickly becoming one of the big screen’s most engaging characters. As is evident from movies like Johnny Handsome, Déjà Vu, Skeleton Key, and Bullet to the Head, the city lends itself to be filmed in a variety of ways. In keeping with his pledge to help strengthen the economy of New Orleans, Spike Lee fittingly chose to film there. Plus, the rebuilding city has plenty of dark corners for the seedy characters in Oldboy to lurk in.

Face Off: Jackson vs. Brolin

Needless to say, we’re pretty pumped about the showdown between an unbalanced Brolin and the bound Samuel L. Jackson. With the mighty Jackson tied up and at the mercy of Brolin, only his motor mouth can save him as he scrambles to dissuade Doucett from slitting his throat. We can’t want to see the full confrontation unfold.