Check Out These Pics From TFF 2014 Opening Night With Nas

Nasty Nas did it again! The hip hop icon kicked off the 2014 Festival in memorable fashion with a screening of ‘Time is Illmatic’ and a special concert afterwards at the Beacon Theatre. 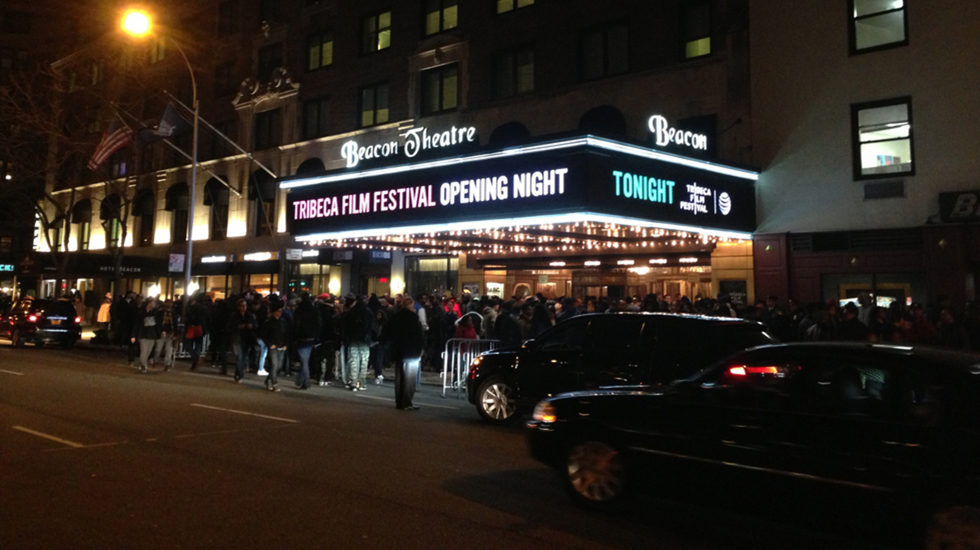 We could not have started our 13th Festival  better than last night’s extravaganza of music and film at the Beacon Theatre. Co-sponsored by Hennessy V.S and Beats Music and supported by Heineken and Revolt, our TFF 2014 Opening Night celebration was one for the record books. Nas, Time is Illmatic filmmaker One9 and screenwriter Erik Parker hit the red carpet, along with celebrities like Alicia Keys, Swizz Beats, Pete Rock, Wale, Raekwon, Michael Rapaport, Jemima Kirke, Adepero Oduye and more, to celebrate the world premiere of Time Is Illmatic. One9’s documentary  follows the events leading up to and following the release of Nas' monumental debut album Illmatic - one of the most influential hip-hop albums of all time.

It was truly a thrilling evening…and we have the pictures to prove it! We were instagraming and live-tweeting throughout the show. Here are some of our best snapshots for your enjoyment:

Here’s the house filling up before the world premiere of Time is Illmatic. You can see that people already buzzing with excitement!

Our co-founders Jane Rosenthal and Robert De Niro introduce Time is Illmatic to the audience.

After the movie ended (to rave reviews), Nas took the stage to perform his landmark album Illmatic in its entirety. We got the backstage view!

Just take a look at that stage!

Our behind-the-scenes man snapped this side view of Nas just killing it on stage.

Nas dedicated the song “It Ain’t Hard to Tell” to the one and only Michael Jackson.

We got a peek at the official set list of the night. To hear more from Illmatic, check out our Spotify playlist!

After the show ended, we took one last look at the Beacon Theatre. Here’s to a great TFF 2014!

Needless to say, this Opening Night will go down in TFF history as one of our best yet! The next three screenings of Time is Illmatic are on RUSH, so try your luck in the RUSH line.