For the past five years, TDIA honorees have been breaking barriers, and 2014 will be no exception. Celebrate innovation with us this Friday! 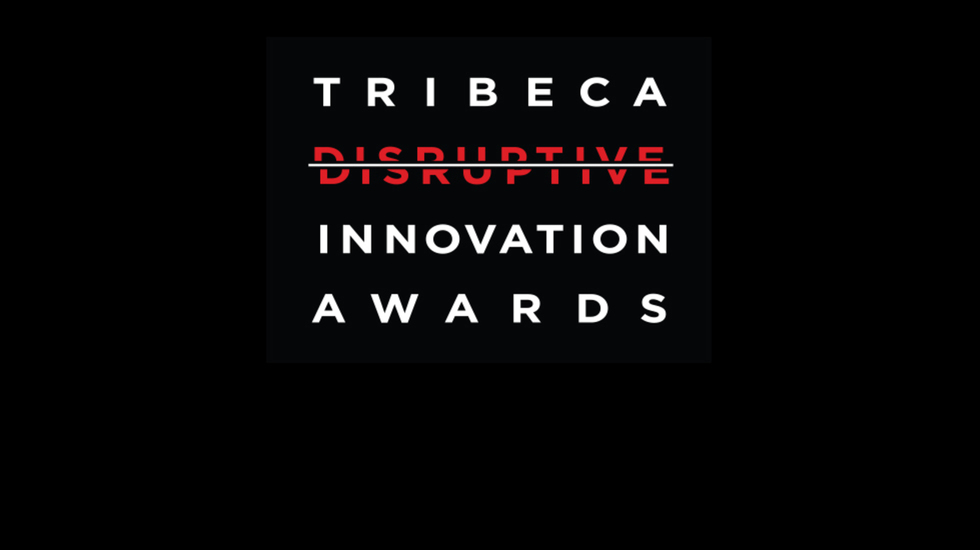 [Update: the entire Class of 2014 has been announced! See this year's TDIA honorees here.]

Since 2009, the Tribeca Film Festival and Disruptor Foundation have presented the Tribeca Disruptive Innovation Awards. In association with Harvard Professor Clay Christensen, the father of disruptive innovation theory, TDIA honors creative visionaries who are shaking up the industry through both traditional and non-traditional means. Previous years’ honorees have included Jack Dorsey, Morgan Spurlock, and the city of Manchester. The 21 trailblazers that make up the Class of 2014 continue to challenge industry leaders on both a digital and global scale with their relentless creativity. Recently, our co-founder (and TDIA helmer) Craig Hatkoff sat down with HLN to discuss this year's ceremony and honorees.

Honorees for the 5th TDIA include Warby Parker/Vision Spring, Sesame Street, Sputnik, Jay Walker, Amanda Palmer, Red Bull Music Academy, Idea Paint, Pope Francis (yes, that Pope Francis) and many more. While all the distinguished TDIA honorees deserve a place on this list, here are five that we feel are particularly disruptive:

The founder, President, and CEO of Fuck Cancer, Yael Cohen is determined to change the way people talk about cancer. After her mother was diagnosed with breast cancer in 2009, Cohen decided to use the “F” word to fight the “C” word and launched Fuck Cancer, a cancer education organization that encourages both millennials and their parents to communicate about the roles that early detection and preventative lifestyles play in the fight against cancer.

In the four years since it started, Fuck Cancer has incorporated technology, humor and celebrity endorsements to create a campaign that people can relate to on many levels. Named as one of Fast Company’s “100 Most Creative People in Business”, Cohen is especially adept at using social media to build an online support community that is rallying to raise awareness about the way we perceive cancer.

Adam Braun is a New York Times bestselling author and the Founder of Pencils of Promise, an award-winning organization that has built on more than 200 schools around the world. He began working summers at hedge funds when he was just sixteen years old, sprinting down the path to a successful Wall Street career. But while traveling abroad he met a young boy begging on the streets of India. When Braun asked him what he wanted most in the world, he simply answered, “a pencil.”

This small request became the inspiration for Pencils of Promise, the organization Braun would leave Bain & Company several years later to start with just $25 on his twenty-fifth birthday. Using his unique “for-purpose” approach, he meshed for-profit business acumen with non-profit idealism and in doing so led PoP to be named, "2013 Education Organization of the Year" at a showcase held at the United Nations. His book The Promise of a Pencil: How an Ordinary Person Can Create Extraordinary Change debuted at #2 on the New York Times Bestseller list and explains the guiding steps for any person to discover a life of success and significance.

Thanks to their clever commercial that went viral in late 2013, Goldieblox, a toy start-up, is now a familiar household name. Its founder, Debbie Sterling, is an engineer who is also a writer and illustrator.  Taking inspiration both from her grandmother, one of the first female cartoonists and creator of “Mr. Magoo,” and from her time spent volunteering at a grassroots nonprofit in India, Sterling has made it her mission in life to tackle the gender gap in science, technology, engineering and math and to inspire the next generation of female engineers.

GoldieBlox is a book series + construction set that engages kids to build through the story of Goldie, the girl inventor who solves problems by building simple machines. The company launched in 2012 after raising over $285,000 in 30 days through Kickstarter. Since that auspicious beginning, it has been featured in numerous publications such as The Atlantic and Forbes.

On November 28, 2013, Hanukkah and Thanksgiving overlapped for the first time in over a century, a juxtaposition that will not happen again until the year 79811.  After noticing the anomaly on his calendar, 10-year-old New York City resident Asher Weintraub, the youngest CEO on this list, came up with the idea for the Menurkey™, a menorah shaped like a turkey. Seeing that both holidays were similar in commemorating being ‘Thankful’, Weintraub named the Menurkey™, designed the logo, and used Tinkercaf to create a 3D CAD sketch of the prototype which was later printed by Makerbot studios. Next Weintraub urged his parents to launch a Kickstarter campaign to raise funds for production of the blended symbol.  The campaign quickly become an internet phenomenon as the Menurkey™ raised twice its campaign goal and was manufactured in both plaster and ceramic and sold in stores nationwide.

Featured in multiple news outlets, the Menurkey™ came to define the hybrid holiday. A percentage of Menurkey proceeds are donated to charity as instructed by the 10-year-old CEO. Currently in 4th grade, Asher Weintraub aspires to be video game designer and is already proving he has the creative and technological prowess to be anything he wants to be well on his way.

Known as “the coach who never punts,” high school football coach Kevin Kelley has transformed conservative thinking about football strategy. Backed by statistical analysis, Kelley has led his team at the Pulaski Academy High School in Little Rock, Arkansas, to three state championships in the last decade. His groundbreaking policy? Never give up the ball on the fourth down and rarely kick off to an opponent. During the state championship years of 2008 and 2011, his team punted only once and he used the onside kick repeatedly.  Whether this approach is effective is easily answered by Kelley’s coaching record-- an astonishing 135-23-1—and his numerous Coach of the Year Awards.

Kevin Kelley has been the head coach at the Pulaski Academy High School since 2003. Though he’s never coached College football, Kelley’s ideas about football have been analyzed in publications such as The New York Times, Wall Street Journal, Time Magazine, and Sports Illustrated, and have caused coaches at all different levels and football analysts to think differently about the game.

The 5th annual Tribeca Disruptive Innovation Awards will take place Friday April 25th at the NYU Skirball Center for the Performing Arts as part of Tribeca’s Innovation Week. See a full list of the 2014 honorees here.