No one will deny that Breaking Bad will be a culturally relevant show for a long time to come. How will its distinct mode of storytelling affect cinema? 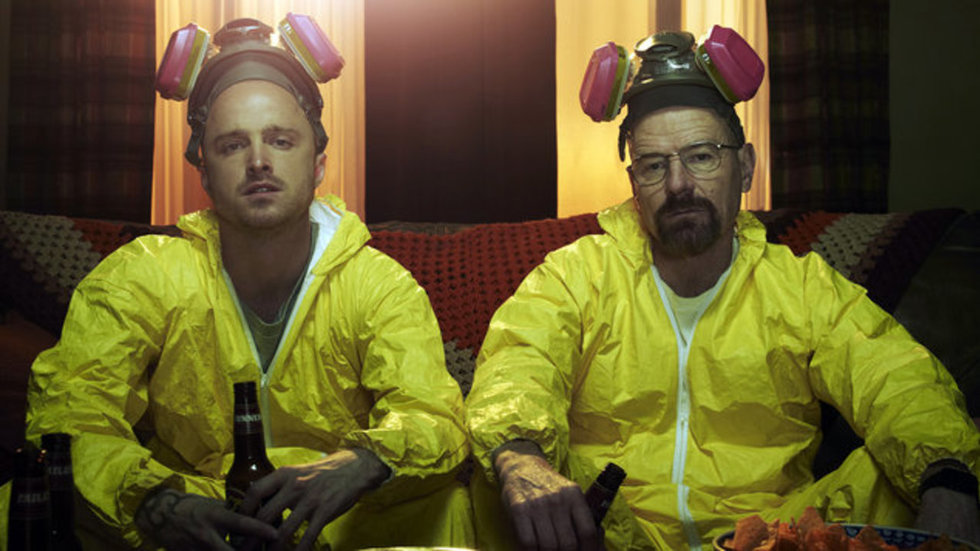 Those who watched it would have a difficult time asserting that Vince Gilligan's complex, ingeniously told modern gangster saga, Breaking Bad, was anything less than revelatory in its storytelling. The series, which concluded satisfyingly - meeting overwhelmingly high expectations - yesterday evening, built its impressive following on the basis of its truly brilliant narrative developments, an ongoing cat-and-mouse game in which Gilligan and his writing team always managed to stay a number of steps ahead of audience expectations.

The show was able to build an almost unbearably heightened narrative tension - that no Hollywood film has ever achieved.

Chris Marker, one of cinema's great geniuses, once remarked (in an exceedingly rare interview) that he enjoyed American television series because "There is a knowledge in them, a sense of story and economy, of ellipsis, a science of framing and of cutting, a dramaturgy and an acting style that has no equal anywhere, and certainly not in Hollywood." It's exactly these attributes that made Breaking Bad so wildly compelling: in its ruthlessly effective displays of narrative economy - never a plot element introduced that didn't come to "pay off" in some fashion - and breathtakingly complicated plotlines (like Walt's ongoing attempts to assassinate boss/nemesis Gus Fring), the show was able to build an almost unbearably heightened narrative tension - wound so tightly it made you feel like you were about to snap! - that no Hollywood film has ever achieved.

Yes, it's a big statement, but I stand by it. There are plenty of great thrillers that have been produced in Hollywood, but none in the annals of cinema history come to mind that equaled the whirling dervish of Breaking Bad's sublimely riveting craftsmanship. (No indies come to mind either.) Yet I'd be remiss to assert that Vince Gilligan's brilliance - though formidable - outweighs that of all the greats to work in the medium of cinema.

Breaking Bad ran for a total of 50 hours. James Bond gets two. How can it be expected to compete?

No, the reason Breaking Bad was able to build a kind of tension that Hollywood thrillers and action films aren't able to match is simple: Breaking Bad had more time. One of the distinct advantages of being able to helm a 62-episode TV series is that you're given the narrative real estate to build out heretofore unimaginably complex plotlines, like the Gus assassination thread or the closing plotline involving Walt's fleeing from - and then pursuing - Jack and his Neo-Nazis.

Yes, TV's been around for quite some time, and no, we haven't had a show that accomplished this before, but the reasons a show of Breaking Bad's caliber only appeared now are too complex (related to the economics of the larger entertainment industry) to go into here. The point is that with more room to tell a story a more involving story can be built; and Breaking Bad displayed what the TV-thriller format, at its best, is capable of. By my math, Breaking Bad ran for a total of 50 hours. James Bond gets two. How can it be expected to compete?

Where does this leave us? We're obviously in a golden age of television, and we can only expect more great thriller series (though it's tough to imagine any topping this one). As audiences become used to the heights of great TV thrillers, one wonders if the relatively simplistic narratives in movie thrillers will continue to hold audience interest as effectively, and if not, how movies will react.

In my humble opinion, what's wisest for cinema as audience taste changes (morphed by what TV can offer) is for cinema to play to its strengths. TV has the running time to do more with plot than movies can do. But movies have the financial luxury of spending more time to produce a given number of minutes of footage than TV series do - movie shoots are significantly longer than TV episode shoots, even when pro-rating the episode length and film length to match. (Because obviously, a TV episode is shorter than a movie.)

This means that - while TV has the luxury of creating narrative complexity - movies have the luxury of creating aesthetic complexity, being able to produce beautifully crafted stylistic cinematography that would never be achievable on a TV-series schedule, because the time to get one extremely complicated shot after another simply isn't there. Some of the great modern thrillers - the crossover hit Drive, the underrated Killing Them Softly - play to this strength of cinema knowingly: they may be short on narrative gamesmanship, but what they lack there they more than make up for with aesthetic beauty, producing stunningly gorgeous images that no TV series will ever capture.

It's this kind of entertainment that cinema, and cinema alone, can offer. As TV series' narratives become increasingly well-crafted and set the bar ever-higher, it may be wise for filmmakers to plan a move that counteracts this by moving back into the realm of stylishness, that special realm in which cinema is still unrivaled.