Racking Focus: Two Dollar Radio and the Next Step for Micro-Budget Cinema

A pioneering literary press from Ohio is developing a micro-budget cinema slate. Soon, more purveyors of high-quality content will be getting into the film game. 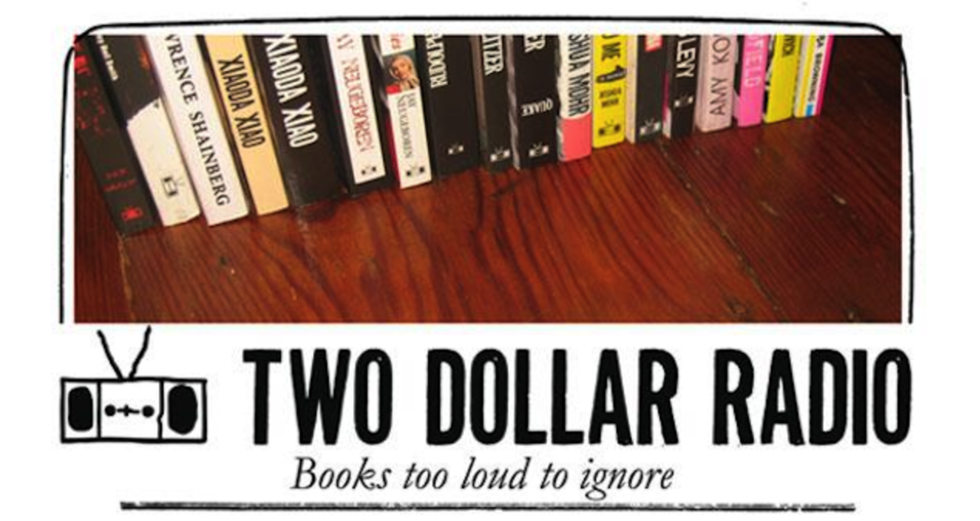 As the world of micro-budget filmmaking continues to flourish, expanding its reach beyond the dens of indie filmmakers in major metropolitan areas that have nourished it thus far, I expect we'll see something interesting happen. In fact, it's already begun to happen: the merging of micro-budget cinema with content providers coming from non-film backgrounds. This may sound a bit confusing, but I'll explain.

First off, the increasingly simple usability of the digital tools needed to make micro-budget cinema (the Canon 5D, Final Cut Pro, etc.) ensures that recent converts to film from other mediums shouldn't have a particularly tough time of getting a hold on the technical side of things. Concurrently, audiences paying for admission to see a micro-budget film aren't expecting Hollywood-level production values - they know what they're getting themselves into. What does this facilitate?

What it means is that filmmaking is increasingly becoming a content-realm that people can partake in regardless of their educational background or technical credentials; as films get even easier to make, we'll eventually approach a point where filmmaking will be a pursuit that anyone can partake in, much as anyone today can hop on their computer and start composing a novel. Technical competence will give way to a greater emphasis on content.

Many micro-budget films fail to receive the attention they deserve not for a lack of artistic merit, but simply a shortage of visibility and public relations know-how.

Shades of this can be seen in the recent news Scott Macaulay at Filmmaker Magazine reported on a few weeks ago, that Two Dollar Radio, a well-respected publishing house from Columbus, Ohio, is starting a micro-budget film division. As Scott reports, this press isn't some fly-by-night operation - their books have been acclaimed in the New York Times and honored by the National Book Foundation, among many other outlets. The implications here are extremely significant. Many micro-budget films fail to receive the attention they deserve not for a lack of artistic merit, but simply a shortage of visibility and public relations know-how. A respected literary press entering the micro-budget game means that certain pitfalls for the typical micro-budget won't apply here, since this press (presumably) has the apparatus necessary to garner publicity for its products.

The most common barrier to making a film was always technical knowledge and financing, but micro-budget cinema changes all that.

If more respected content-providers begin to make their way into the low-cost, easy-to-operate realm of micro-budget filmmaking, we may see a real watershed moment in film occur. From its inception until now, the most common barrier to making a film was always technical knowledge and financing, but micro-budget cinema changes all that. If cinema gets overrun by a bunch of providers of high-quality content making low-cost work, the nature of the game will change, creating a lessening of aesthetic standards that, for better or for worse, will allow for more "laypersons" to become practitioners of the medium.

Why wouldn't more purveyors of high-quality content get into the micro-budget cinema game?

To unpack that: I don't expect any micro-budget film to really revolutionize cinema aesthetics the way a Hollywood production, with limitless amounts of money to spend on making beautiful images, can. But if micro-budget films become more common (and higher in narrative quality), their aesthetic shortcomings may become forgiven, something audiences eventually will become accustomed to.

And why wouldn't more purveyors of high-quality content get into the micro-budget cinema game? It's cheap to make such a film, doesn't require a significant level of technical expertise, and if you run a small publishing press or magazine or radio station or some other such entity, you already have access (hopefully!) to that most desired of movie-world assets: a high-quality story. It'll be quite interesting to see how the Two Dollar Radio experiment plays out - they currently have three films on their slate.