Look back on fan-favorite conversations from past Tribeca Festivals and get excited for what’s to come at the 2021 celebration. 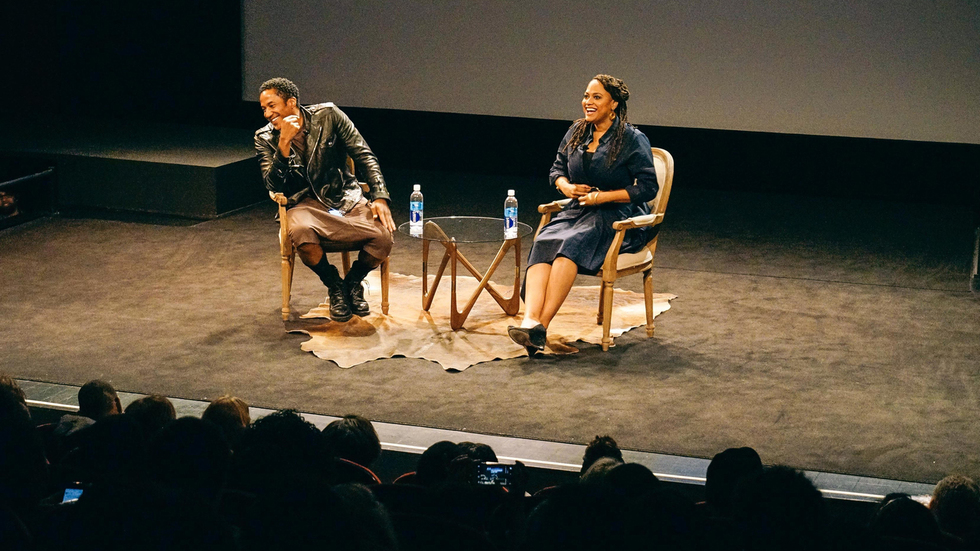 Every year, the Tribeca Festival showcases a lineup of feature films that people can’t wait to watch, from eagerly-anticipated projects by esteemed directors to breakout hits that introduce the next wave of creatives. But along with actual films, the Tribeca Talks: Directors Series is another part of the festival that’s worth paying attention to. Launched in 2011, the Talks bring together some of the most iconic filmmakers, storied performers, and more to discuss everything from their creative processes to behind-the-scenes tidbits.

Here are some notable moments that have come out of Tribeca Talks over the years that are worth revisiting:

Ava Duvernay & Q-Tip
Trailblazers in both of their fields, the Emmy Award-winning writer-director sat down with the Grammy Award-winning musician to talk about broader subjects like inspiration to more specifics such as the framing and lighting of Black actors on film. DuVernay opened up about working with cinematographer Bradford Young, who she has collaborated with on numerous projects, including Selma.

“He’s a genius when it comes to the photographic image, particularly cinematic image and how we capture our tonality and our skin tones, which is a very specific conversation we had ad nauseum every day,” the director said. “So often folks are afraid to put darker hues against darker backdrops because it’s just going to be teeth and eyes, but that’s not necessarily the case and sometimes that is the case and it’s beautiful. So really playing with that texture, and tone, and what that means to deconstruct it and experiment with it.”

Martin Scorsese & Robert De Niro
Few creative partnerships in Hollywood are as legendary as the one between Martin Scorcese and Robert De Niro, who have made nine feature films and one short film together since 1973. There were decades to discuss during their Tribeca Talks session, including their latest film, The Irishman. Perhaps one of the more revelatory tales was how Scorsese originally thought the 1982 film The King of Comedy was a “one-line gag.” De Niro, who was experiencing fame from The Godfather in a much different way, had to reel his friend into directing the movie that examined the phenomenon of celebrity.

Scorsese said, “But I missed what you saw, the burning need of the celebrity, the yearning to be famous, but famous for what?”

Guillermo del Toro & Alec Baldwin
So much is covered during this electrifying conversation, from storyboards to movie budgets, and The Shape of Water director even talks about how his father won $6 million in 1969 from the lottery and bought a library that opened up del Toro’s world.

“He bought a library and then I read it. He had an encyclopedia on human health, literature for kids, of fine arts. At the same time I was learning about Degas, Monet, Manet, Delbo, as I was learning about Jack Kirby or Stan Lee, it was the same formative years,” he shared. “I’m insatiable about images. I love them. I go to museums, I think you learn from architecture. You don’t learn film from film. You learn part of film from that, but you learn film from the other arts. From life.”

Listen in on these conversations and more with our Tribeca Talks Podcast, and don’t miss this year’s Tribeca Festival. Taking place from June 9th through 20th with outdoor screenings and social distanced venues, #Tribeca2021 will close out the New York Arts Revival program, a statewide effort to revitalize the arts and culture industry in the wake of the COVID-19 pandemic. Passes are on sale now; click here to join us.