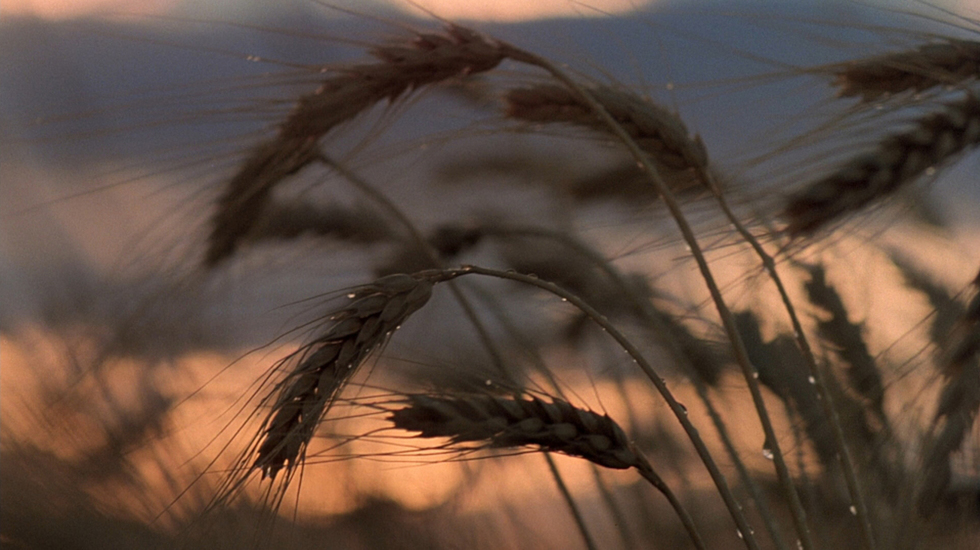 Shutterstock, the rapidly expanding online provider of royalty-free images and music, recently posted to its house blog a three-minute montage of stock images from its own library to, as it wrote, honor the “the visual style of five present-day legends” in Wes Anderson, David Fincher, Quentin Tarantino, Alfonso Cuarón, and Terrence Malick. The post drew attention from no less impressive a source than longtime Chicago Reader critic Dave Kehr, who tweeted his applause for its critical appraisal, and prompted articles across the internet. Fast Company's Co.Design calls the video “a series of surprisingly convincing cinematic knockoffs” and credits Shutterstock for exposing these directors’ “stylistic tropes and tendency to visually repeat themselves.” Complex calls three of the five segments “dead-on,” while Slant offers no follow up to its claim that “the video pokes at questions about art and intent, auteurism and anonymity.”

Well, Slant is right, but not in the way it thinks. The clip generates questions about the audience’s perception of intent and auteurism, not the other way around.

For starters, the most surprising aspect of the Shutterstock clip is the evident willingness to accept it as correct. It offers a fairly dim view of the creative process—or at least the moviegoing audience’s appreciation of that process. Popular directors can only work in one style, it suggests. None are any more visually complex than what has already been stashed away in an archive. No matter how many cinematographers a director has worked with (Malick, six; Fincher, five; Tarantino, three; Cuarón, two), he can be boiled down, catalogued, and confined to one-fifth of a three-minute video made entirely of stock footage. There are no new approaches.

Exhibit A for the inaccuarcy of that suggestion is the Shutterstock clip itself, as it offers a comprehensive review of visual style for at best two of its five featured subjects, Anderson and Tarantino. Even those two come with asterisks. Anderson’s aesthetic is so rigid and ubiquitous, Shutterstock comes late to sending up his style. The Tarantino segment fails to avoid certain microscopic criticisms; “Digital blood in a Tarantino film?” queries Complex. “Never!”

The other three tributes are noticeably shortsighted. A cleverly scripted nonsense voiceover that is in itself a satire of Malick’s idiom overhangs a section limiting the director’s work to ranging shots of farmland and machinery, but Shutterstock comes nowhere near the revelatory camerawork and expansiveness of Badlands, Days of Heaven, and The Tree of Life and ignores The Thin Red Line entirely. It compresses Fincher’s work to dark, brooding images of corridors, smoke, rainy streets, cityscapes, and the occasional obvious Social Network reference, evoking Gone Girl but not so much The Curious Case of Benjamin Button, sections of The Social Network unrelated to mobile technology, and the frenetic visuals and pace of Fight Club. Cuarón’s spot is the most myopic, with Shutterstock limiting the director of Y Tu Mamá También, Children of Men, and a Harry Potter film to just the celestial subject matter of Gravity, admitting it fell back on its own surplus. Shutterstock co-director Nico Brown told Co.Design, “We have a lot of footage of spaceships, the Earth from a distance, astronauts."

Well, Ron Howard and Christopher Nolan also made movies about space. Ridley Scott looks like Malick if we are only watching Gladiator. Tarantino looks like Tarantino because he is referencing countless past cult movies. Take the captions off, and much of Shutterstock's reel can be attributed to other working directors, so long as we, too, take the other directors’ work piecemeal. Where journalistic response has claimed an insightful comment on auteurism, the clip shows only the shortcomings of cataloguing and canonizing. Nolan uses vast quantities of Fincher’s evidently signature dark, blue, and smoke; perhaps they just don't have a stock clip of the Batmobile.

To its credit, Shutterstock makes no claim that its video is definitive or an effort any more grandiose than an example of what a user can accomplish on his own. The post challenges readers to make their take on a director’s visual style using Shutterstock’s archives (at roughly $15 an image, it fails to mention). The company is up front that this is advertising, and in that, it is a masterstroke.

The trouble comes when this video is elevated higher, christened as a serious attempt to prove that, in Shutterstock’s words, “few things [are] more important to film directors than visual style” and that some have found “new ways to tell stories that will set them apart from the pack…in a way that speaks to their unique sensibilities while resonating with a wide audience." Obviousness is no ground for insight.

The real genius in the video is in understanding where it fails. If you grant that these five directors have distinct visual styles, then the clip makes a statement that Shutterstock not only never intended, but that is directly opposed to its stated mission and to the challenge it puts to its users. The video speaks loudest between its lines. We know directors—and significantly, the director’s creative teams—by their visual styles because those styles are unique and impossible to replicate. No one can better The Social Network’s regatta sequence or Reservoir Dogs’ inspired opening minutes. A good thing, too. Otherwise I've been overpaying for movie tickets when I should have been surfing Shutterstock’s back catalogue.