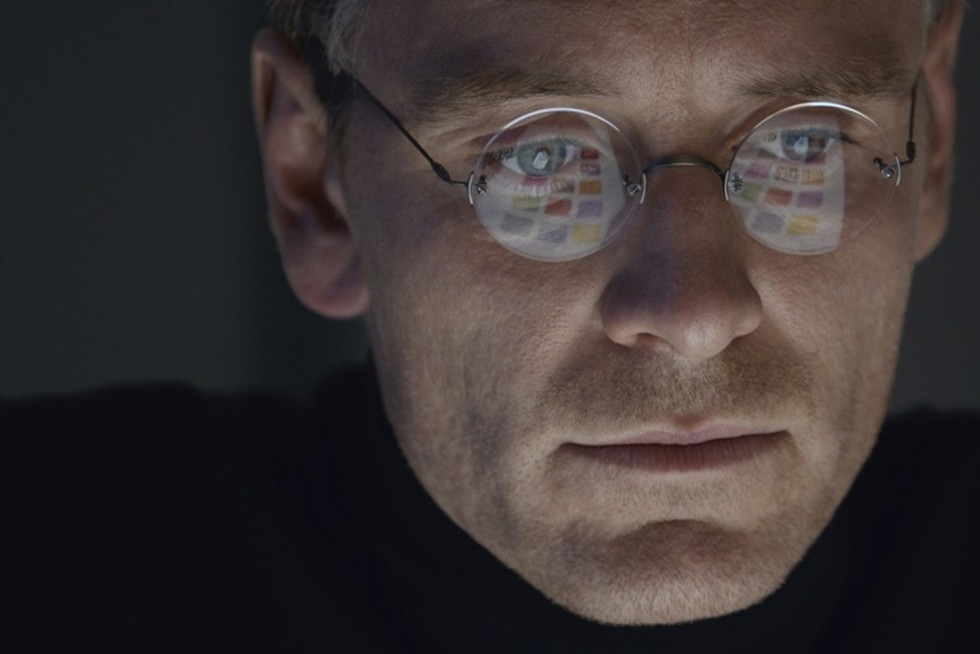 The first time British composer Daniel Pemberton read Aaron Sorkin's script for Steve Jobs, he had no idea where any of the music he was asked to write would fit in to a movie that was so dialogue-heavy. It wasn’t until director Danny Boyle explained his thematic ideas for the film that Pemberton knew exactly how he wanted to approach this massive challenge.

With those three words, Pemberton (below) was put on a track to write a score reflective of some of the technological advancements Jobs was able to create during the highs and lows of his incredible career. During an interview with Tribeca, Pemberton, 37, talked about why writing music for the “Revenge” section excited him the most, what kind of research he did for the project, and how he feels Steve Jobs himself has changed the way he works as a composer over the last 20 years.

You’ve had quite a year writing the scores from The Man from U.N.C.L.E. and now Steve Jobs. What was your reaction when Danny Boyle asked you to compose a score for his new film

Well, I had a meeting with Danny last year that lasted half an hour. He was a really big fan of my work on The Counselor. After the meeting, he flew off and immediately started filming, so I really didn’t have any time to take it all in. It was amazing to be asked. I mean, how would you feel if someone asked, “Do you want to do the new Danny Boyle film with a script by Aaron Sorkin about Steve Jobs?”

I read that when some of the actors were auditioning for their roles, they weren’t given the real script to read from because the studio didn’t want any of it to leak. When did you actually get to see a script to start working from it?

I got the script early on. I thought it was phenomenal. Then all this Sony hacking kicked off, so I didn’t really get back to them. I thought, “Well, they probably don’t want to hear from me right now. They have too many things on their plate.” Two weeks later, I remember asking my agent, “Is anything happening with the Steve Jobs movie?” He was like, “You haven’t told them you like the script?! Email them back now!” So, I sent them an email and two minutes later they wrote back and were like, “Oh, we’re so glad you want to do it!” So, I kind of played it cool in the most stupid way possible.

What were your initial ideas for the score on a film that is so dialogue heavy? Where does music fit into a Sorkin script?

This film was a very big challenge. The script is about 185 pages. It was wall-to-wall dialogue. I thought, “Where am I going to come in?” I actually couldn’t see any space. The dialogue is probably the most important aspect of the film. It was very important to have a score that allowed that space to breathe but also gave it momentum and gave it an identity.

The film is broken down into three acts. As a composer, which of those acts excited you most?

What really excited me was the way [Boyle] described the second act. This act of “Revenge” sounded like a Shakespearian tragedy. We wanted to write a massive opera or a huge orchestral and very theatrical piece. It’s all set inside the San Francisco opera house, so it was a great way to reflect those surroundings and explore the idea of Steve Jobs as the conductor of the orchestra as well as the ringmaster of this insane circus. That felt like a very flamboyant and dramatic way to tell the story.

What about the other acts? How did you want to confront those?

For the [first act], I wanted to reflect the belief that technology could change the world. There was such a belief in technology during this time that it felt like the future was arriving. I wanted to reflect that in the music. I wanted to use equipment from 1984, so I used old synthesizers. I wanted to work on this section in a way people would’ve worked on music in 1984. Composers had massive limitations we don’t have now. They used to have synthesizers that went out of tune because the heating was on. You had to play everything by hand and if you had a bad take, you’d have to do it again. With computers these days, we’re not used to that. That forced me to work differently for the first act. Those kinds of limitations can be very effective.

Couldn’t you have created the same 80s sounds you wanted using today’s technology? Why did you want to put those limitations on yourself?

I always like to put certain limitations on myself when I write scores like how I create a sound pallet and work from that. I think it’s a better way to create effective work. When you have access to everything, you can end up creating scores that don’t have any heart or a central chord to them.

Did you go back and do any specific research to create some of the sounds you wanted for the first act?

I ended up doing loads of extra research. Even when we were in the mixing studio, I would be on the computer reading up crazy Steve Jobs facts. I went back and watched tons of Apple launches. They were surprisingly un-slick compared to what they are now. Even the launch of the iMac was not as slick as you thought it would be. I watched a lot of speeches he gave. I watched a lot of old Apple advertising. There are a couple of electronic cues in the film from the way Apple adverted from 1998 and onwards. They had a great way of simplifying technology and making it very colorful and approachable.

Speaking of technological advances in your industry, how would you say Steve Jobs himself changed the way you work as a composer?

I wrote this score on an Apple computer. I wrote it using Apple software. I think one of the most important things he’s done in terms of his vision for computing was he wanted the computer to be, and I’ll quote the film, “a bicycle for the mind.” I think he saw the potential for computers to allow people to express themselves in different ways. His approach to computing had an artistic side to it while others approached it very academically. In some ways, the score is a great example of what that has achieved. Now as a composer, I can write an opera and create crazy sound design or write things with synthesizers. I can explore so many different aspects of music in just a couple of days. That is incredibly liberating if you are an artist. I think it would be very difficult to have done a score like this in an age when computers didn’t exist.