Here's proof that not all biopics need to be formulaic and obvious. In the hands of director Danny Boyle and screenwriter Aaron Sorkin, they can soar. 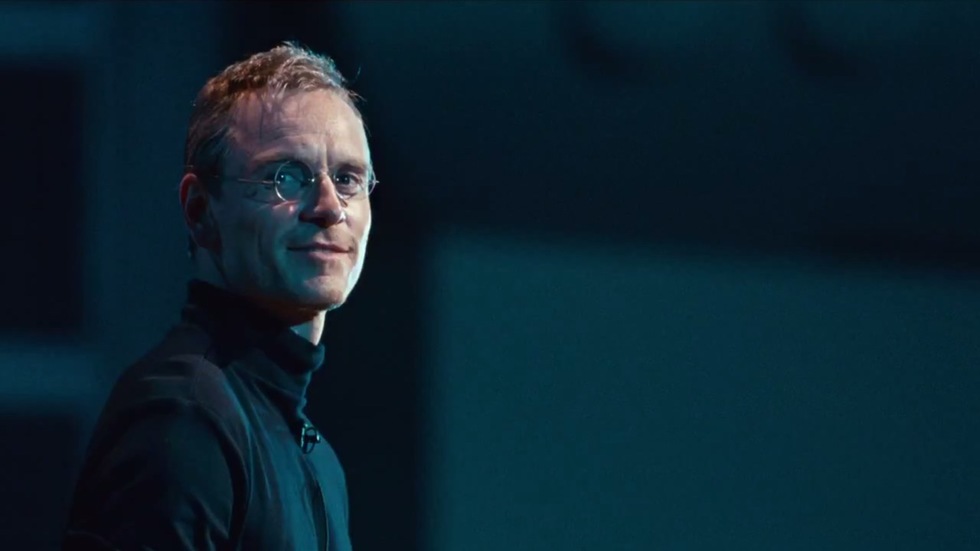 Actors leading biopics about famous people don't necessarily have to be spot-on lookalikes for their on-screen roles, but it certainly helps if there's even the slightest resemblance. That being said, Michael Fassbender looks nothing like Steve Jobs. That's the first hurdle one has to get past while watching director Danny Boyle's (28 Days Later, 127 Hours) dramatization of the late, divisive Apple CEO's life. So it's no faint praise to say that Fassbender's performance is superb—he's able to make his nonexistent physical requirements disappear by embodying all of Jobs' attributes that the public can recognize. He plays the man as highly intelligent, frustratingly enigmatic, and undeniably inspirational. Fassbender has zeroed in on Jobs' soul; the mannerisms and physicality are inconsequential. Steve Jobs wants audiences to consider the man's why's, not the how's.

It's no coincidence that, by taking that approach, Steve Jobs feels like a grown-up extension of The Social Network. Both films were written by Aaron Sorkin, who rebounds tremendously here from his underwhelming HBO series The Newsroom. Unlike his Mark Zuckerberg account, Sorkin's take on Steve Jobs' impact abandons origin story conventions and works like a three-act stage play, with each act focusing on the launch of a key Apple product: the Macintosh in 1984, the NeXT "Cube" in 1988, and the iMac in 1988.

Limiting himself to those specific occasions, Sorkin masterfully paints a vivid portrait of Jobs' psyche within those events. You see Jobs' difficulties in accepting his young daughter, and how his domestic life’s struggles were the polar opposite of his professional triumphs; you see his obsession with being admired and revered, made evident through a scene where he rants about being overlooked for Time's "Man of the Year" honor; and you see his intuition and genius in how he sells Apple's products, often at the expense of his second-in-command Steve Wozniak's (Seth Rogen) and trusted confidante Joanna Hoffman's (Kate Winslet) frustrations.

Steve Jobs doesn't offer much about its subject that Alex Gibney’s recent documentary Steve Jobs: The Man in the Machine does, although it's expectedly far better than Ashton Kutcher's quickly forgotten turn as the technology icon (Jobs). But new information isn't needed to achieve superiority. Steve Jobs is the best depiction of the Apple mastermind largely due to Danny Boyle’s direction. He adds much-needed dazzle to Sorkin's dialogue-powered script, supercharging otherwise static moments of backroom chatter with the same kind of stylish energy seen in movies like Trainspotting and Slumdog Millionaire. He's made the iPhone 6s to other biopics' dated flip-phone storytelling.