It's a long weekend upcoming, and hopefully one where you have plenty of time to sit down with your streaming-movie service and watch a few films. We have your Labor Day-specific recommendations for movies featuring characters with interesting/unusual jobs. 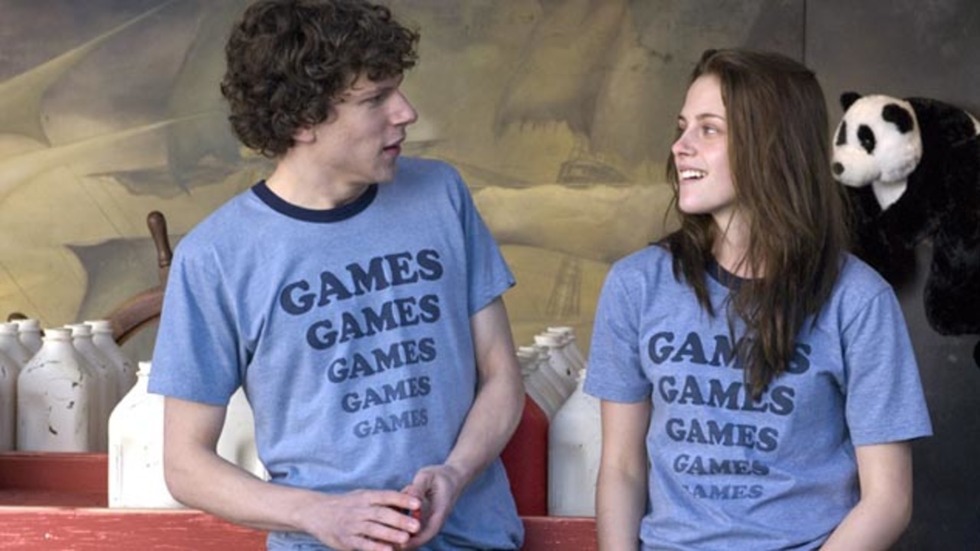 The Comedy Option: In the Loop
There are so many reasons to see this movie. Do you enjoy HBO's Veep, from writer/director Armando Iannucci? Are you interested in seeing what the deal with Peter Capaldi is before he takes over on Doctor Who? Are you interested in a hilarious and also pitch-dark comedy about international relations and rationalizations on the path to war, in a process run by buffoons and monsters (one which dovetails with current events in really kind of interesting and not-always-comfortable ways)? Have you not seen it yet? Would you like to see it again? One movie answers ALL these questions.

The Drama Option: The Lincoln Lawyer
Matthew McConaughey is super hot right now, and while it seemed like Magic Mike was the film that kicked his comeback into motion, he'd actually already sneakily won a bunch of raves for The Lincoln Lawyer, which presents like a regular old boring legal thriller and then proves that legal thrillers can still be freaking excellent.

The Romance Option: Adventureland
Jesse Eisenberg somewhat reluctantly takes a post-college job at a summer theme park populated by the likes of Ryan Reybolds, Bill Hader, Kristen Wiig, and Martin Starr. He also ends up meeting Kristen Stewart and of course falls in love with her and all of her hair that she's always throwing around. It's one of the better youth romance movies of the last decade or so, and if nothing else you'll be treated to the theme-park-dancing of one Lisa P.

The Indie Option: Clerks
THE micro-budget indie of the 1990s, Kevin Smith's debut film now exists in a time-warp from a universe that doesn't exist anymore. Watch it as a historical document, as a primer on Smith's career, or as an explanation for you older brother's Star Wars jokes.

The Classic Option: Midnight Cowboy
The 1968 Academy Award-winner for Best Picture (despite its X rating) features Jon Voight as a street hustler (i.e. prostitute) and Dustin Hoffman as his would-be pimp. Dealing with subject matter that seems quite improbable for the '60s, there are no end of ways to approach this movie, as historical document, as buddy comedy, as transgressive sexual politics. If nothing else, it demonstrates the proper way to deal with a taxicab that won't stay out of the crosswalk.

The Wild Card: Holy Motors
This one's your wild-card pick for a few reasons. For one thing, who the hell knows what is ever going on in this movie ever. Motion-capture and murders and fashion shoots and Kylie Minogue performances and masks and limousines, and accordions, and makeup and more transformations than you can count. Is it a movie about movies? A performance about performances? The other reason this is a wild-card on this particular list is that the occupation of the lead character is similarly just a pile of question marks. What exactly does he do? Why does he do it? Is it a job? A calling? A divine mandate? Does he get to take Labor Day off like the rest of us?