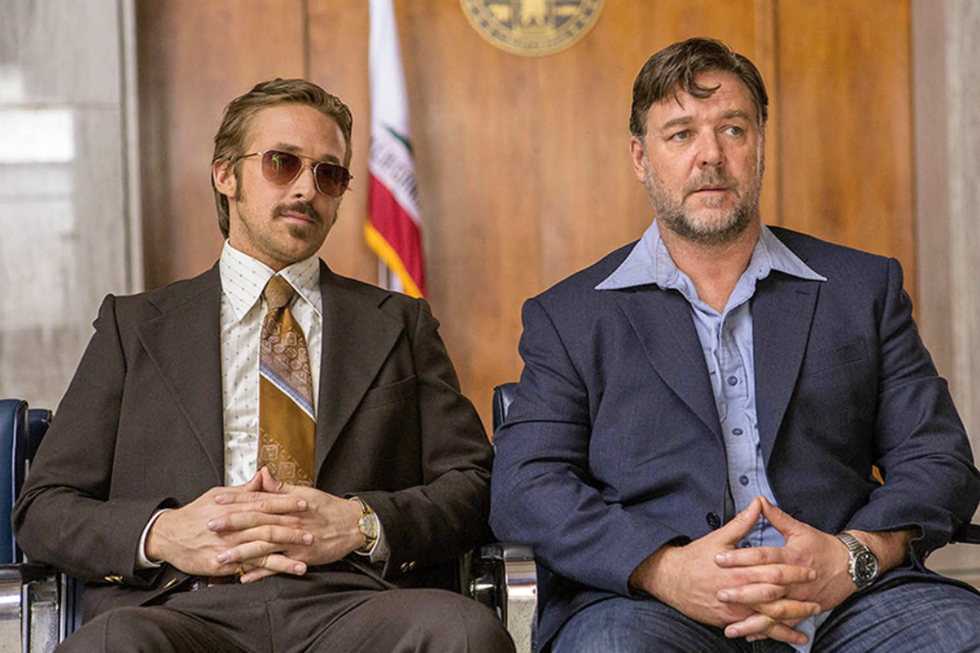 Depending on who you ask, the most anticipated Hollywood movie of 2016 is either Batman v Superman: Dawn of Justice, Captain America: Civil War, or Suicide Squad—indeed, next year's going to see an onslaught of superhero cinema. Which isn't a bad thing, but it’s also a bit ho-hum for movie fans who'd rather get excited about something outside of the Marvel and DC labels.

Well, here's that "something," folks. Totally back in his Lethal Weapon and Kiss Kiss Bang Bang zone following, what else, a brief foray into superhero territory with 2013's Iron Man 3, writer-director Shane Black has definitely quieted those aforementioned comic book flicks with today's debut of the red-band trailer for The Nice Guys, Black's raucous crime comedy-action movie starring Ryan Gosling and Russell Crowe. They play a private eye and a hired enforcer, respectively, in 1977 Los Angeles hired to find a missing girl (The Leftovers co-star Margaret Qualley) while being forced to tolerate one another.

We'll let the trailer speak for itself here, but just know beforehand that Gosling's putting in a claim for 2016's best comedic performance already, solely based the conversations he has with his on-screen daughter, his toilet behavior, and the high-pitched screams he emits whenever Crowe whoops his ass.

Bask in the trailer's excellence and mark your calendars for May 20th, 2016.