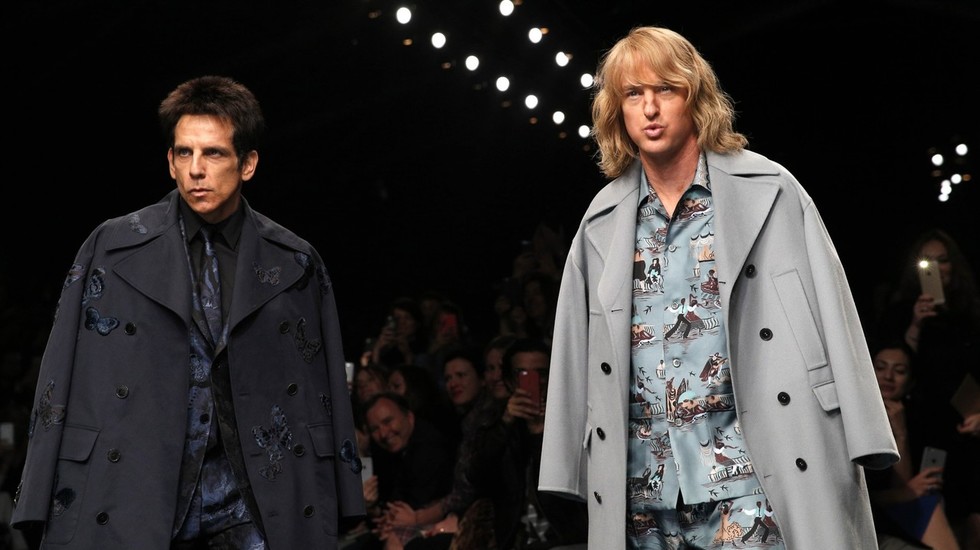 It's a good time to be a movie sequel trailer. Last week, two enormous new previews debuted online and mangled records. Marvel's Captain America: Civil War trailer was viewed a staggering 61 million times during its first 24 hours online, setting the new bar for Marvel by doubling Avengers: Age of Ultron's 31 million stat; the full-length clip for Zoolander 2, meanwhile, set the new record for a comedy trailer's views, tallying an insane 52 million so far. Meaning, Derek Zoolander is about to make serious bank in 2016.

Unlike the Captain America: Civil War trailer, which looks good but is also standard Marvel practice, Zoolander 2's preview is surprisingly hilarious—"surprisingly" because fan-servicing sequels to classic comedies haven’t fared too well in recent years. Last year's Dumb and Dumber To was painfully unfunny, while Anchorman: The Legend Continues failed to recapture the original's natural zaniness, ultimately feeling transparently weird for weirdness' sake. Zoolander 2, though, seems to have the goods, and the new international trailer, which premiered online this morning, is the best one yet.

For Derek Zoolander and Owen Wilson's Hansel McDonald's latest adventure, Stiller, who directed the sequel, is putting the supermodel shenanigans firmly in the zone of Paul Feig's Spy and Guy Ritchie's The Man from U.N.C.L.E.. Zoolander 2 is a spy comedy, with the lunk-headed male models being recruited by an Interpol agent/one-time swimsuit model (Penelope Cruz) to track down whoever's been murdering pop stars, including Justin Bieber. Is it Kristen Wiig's new character, with her ridiculous mobile fortress of an outfit? Or is it Will Ferrell's returning supervillain Jacobim? Chances are, it's not Benedict Cumberbatch's androgynous model All, whose appearance in last week's trailer was met with an online petition and boycott due to charges of transphobia.

Give the new Zoolander 2 trailer a look and get those selfie-sticks ready before you head to the theater on February 12th to see if Stiller's film lives up to the hype.