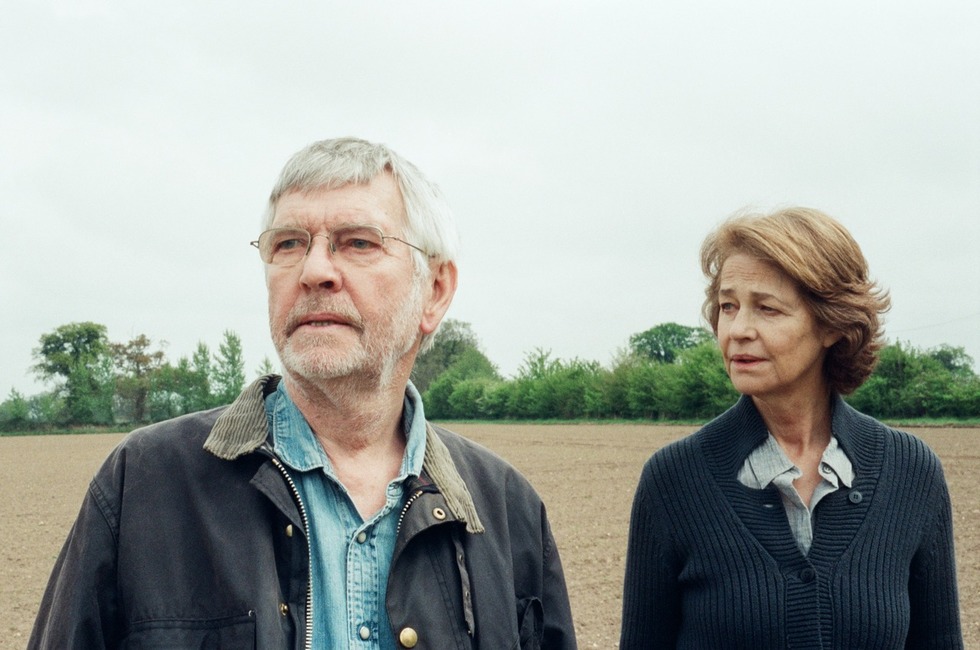 The Film: 45 Years is Andrew Haigh's long-awaited follow-up to 2011's absorbing chamber drama Weekend, a quiet, character-driven masterpiece of contemporary queer cinema. In his latest, Haigh re-focuses the incomparable intimacy of Weekend — and his recently cancelled HBO dramedy Looking — to another stirring and deeply personal two-hander. In the shattering 45 Years, Silver Bear acting champion Charlotte Rampling and Tom Courtenay give two of the year's most unmissable performances as Kate and Geoff Mercer, a retired English couple whose comfy country life is irreversibly interrupted by a shocking discovery from Geoff's past that arrives within days of their 45th wedding anniversary.

This Week's Tune: The Platters' famously spellbinding 1958 rendition of the show tune-turned-standard "Smoke Gets in Your Eyes," which has been covered by everyone from Nat King Cole to Judy Garland. (It's also been further immortalized in television history as the title of Mad Men's pilot episode.)


How Literal Is It? The song, which scores a breathtakingly extended scene in 45 Years that is far too shattering to give away, is all about the blinding power of a new and seemingly "true" love, which in the portentous context of the story feels considerably and ironically literal...

How Emotional Is It? ...but no less emotionally impactful. Tony Williams' otherworldly tenor slips right into your skin and lingers there as we see flashes of Rampling (who, by all means, needs an Oscar nomination this year) and Courtenay (ditto) in shots of martial bliss and heartbreak, like a late-age photo book come to life. The inclusion of projector clicks at the trailer's outset is a terrifically small touch that is also fully relevant to the story at-hand.

Will We Associate It With This Movie? Once you actually witness the moment in which 'Smoke' figures in 45 Years, there is seemingly no possible way to forget it. It's a moment that belongs right up there with this defining moment of cinema in terms of sustained and utterly galvanizing actressy power. I saw the film two weeks ago and there hasn't been a day since when my mind hasn't drifted back to it.

Overall Trailer Tune Effectiveness: From The Moody Blues to The Turtles, pop hits of the past play an evocatively prominent role in 45 Years, but none more so than "Smoke Gets in Your Eyes." The Platters' cover would make for a spine-tingling listening experience in any film, but pairing it with a modern-day drama about the remnants of the past made suddenly and unbearably present is at once deceptively tough-minded and poignantly nuanced, just like the gem of a film it's scoring.