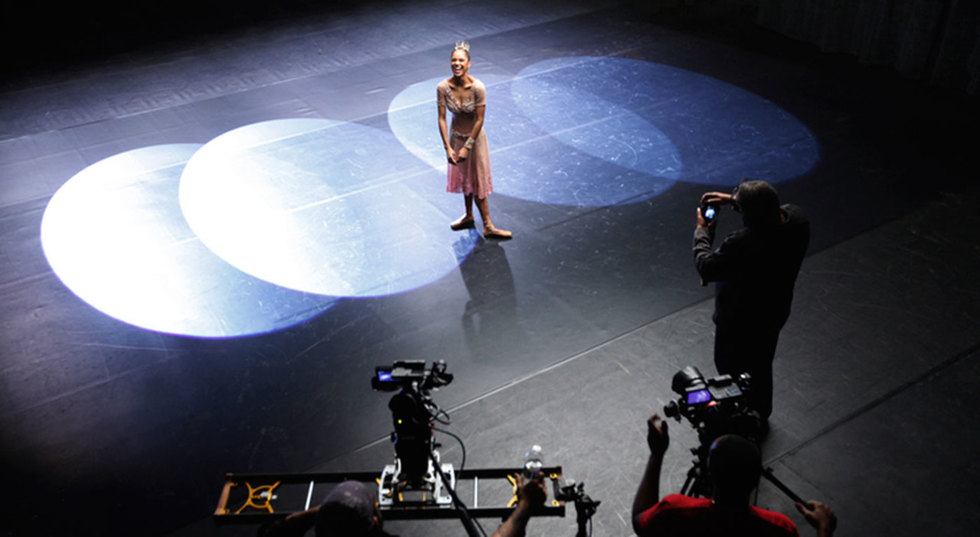 The extraordinary year of the prominent, dominant dancing queen Misty Copeland continues this week as A Ballerina's Tale, Nelson George's feature documentary profile of the barrier-breaking ballerina, opens today in New York City following its world premiere in April at the 2015 Tribeca Film Festival and was supported by the Tribeca Film Institute.

A Ballerina's Tale follows Copeland, who made history this summer when she became the first African-American woman to be named the American Ballet Theater's principal dancer, on her rise from early poverty to ballet superstardom, a journey marked by an accumulation of professional victories, but also dispiriting industry setbacks and one potentially career-ending injury.

The film is currently playing at both IFC Center and The Film Society of Lincoln Center. Copeland and George will be in attendance at multiple screenings at both theaters on opening day and on the following Thursday, October 15th. At the Lincoln Center screenings, subject and director will be joined by the film's producer Leslie Norville and ballet legend Raven Wilkinson, a fellow black pioneer of American ballet and Copeland's celebrated mentor. Non-New Yorkers can check here for when the film will show up in their city or state.

In the meantime, New Yorkers young and old should by all means take their daughters and sons to A Ballerina's Tale this weekend to see the uncommonly inspirational and thematically-rich true story of this icon-in-the-making. George's film pointedly examines body, race, and identity with detailed precision, plumbing Copeland's prodigious achievements for even larger insights while nevertheless showcasing the truly remarkable talents of the petite yet towering legend at its center.