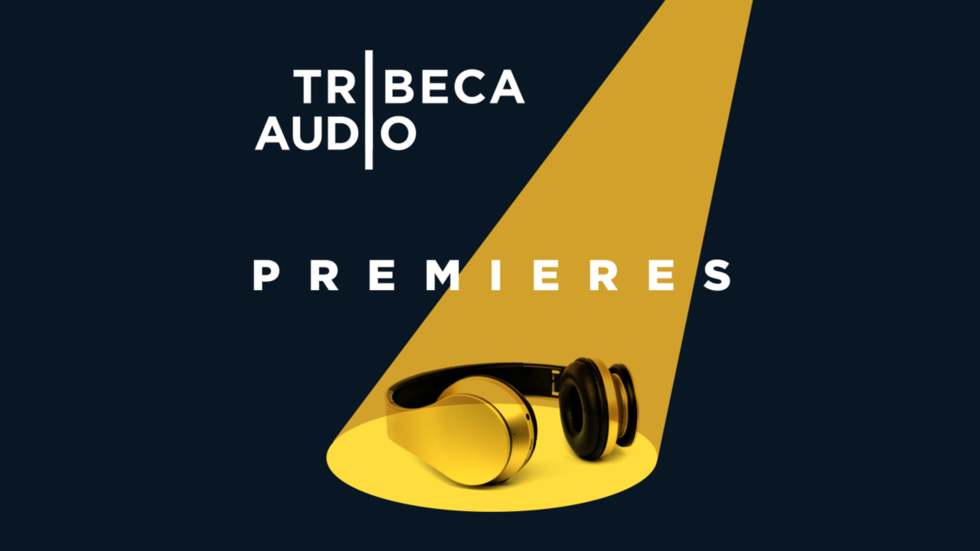 Today, live onstage at one of the final events of Tribeca Festival 2022, Jane Rosenthal announced the official launch of Tribeca Audio, a new division of Tribeca Enterprises and the company’s first-ever audio storytelling network. Tribeca Audio brings the curatorial values and identity of the Festival to the world of sound. It combats the issue of discoverability faced by podcast listeners and creators alike as a destination known for discovery.

Its flagship curatorial podcast, “Tribeca Audio Premieres,” debuts on July 13, followed by a full-scale slate of original audio content including five projects that are currently in development. .

The slate includes a scripted miniseries with a full cast designed for spatial audio, an audio documentary series, an experimental microcast, and an episodic podcast that pairs New York City theater with indie audio drama. Inclusion and accessibility are a sizable part of Tribeca’s values so all work from Tribeca Audio will be accompanied by transcripts for accessibility.

“As Tribeca expands its slate of year-round programming, Tribeca Audio will further extend our curatorial footprint into the world of audio storytelling, one of the fastest growing storytelling mediums today” says Jane Rosenthal, co-founder and CEO of Tribeca Enterprises. “Through its flagship series, ‘Tribeca Audio Premieres,’ the network will champion the work of today’s greatest audio artists while connecting their work to new and expansive audiences.”

Hosted by Davy Gardner, Head of Tribeca Audio and Curator of Audio Storytelling at the Tribeca Festival, “Tribeca Audio Premieres,” is billed as a festival in audio form, airing every other week. Each episode will premiere the first full episode of a new podcast series coupled with an interview with the creators, hosts, performers, and musicians behind the making of the featured shows.

The initial episodes will spotlight two vastly different types of podcasts that share a common theme–mother-son relationships. “Radiotopia Presents: My Mother Made Me” from New York Times bestselling author and National Ambassador for Young People’s Literature Jason Reynolds, explores his relationship with his mother, Isabel. On the flipside we have Crooked Media and Audacy’s “Mother Country Radicals” from award-winning playwright and screenwriter Zayd Dohrn, documenting his experience growing up in hiding from the FBI with his fugitive mother, Bernandine Dohn, the most wanted woman in America.

"At Radiotopia from PRX, we strive to support indie creators who are taking storytelling to new heights. We're thrilled that Tribeca, a longtime champion of independent producers, is now delving into audio. We feel creative kinship with Tribeca––we're honored that 'Radiotopia Presents: My Mother Made Me' will be featured by Tribeca Audio," said Julie Shapiro, Vice President of Editorial at Radiotopia and PRX and Audrey Mardavich, Senior Director of Content of Radiotopia from PRX. Shapiro and Mardavich are co-executive producers of "My Mother Made Me."

The podcast will premiere new independent audio series, as well as productions from companies like Campside Media, QCode, Crooked Media, Audacy, USG Audio, Radiotopia from PRX, and Atypical Artists, among others. Each curated season of selected premieres will culminate in a live episode event from the Tribeca Festival celebrating the year’s collection of exceptional audio projects.

“For podcast listeners, finding the greatest stories can be a challenge, and Tribeca is known for finding them,” says Gardner. “By bringing the infrastructure of a major international festival into the audio space, we aim to expand podcast listenership to new audiences and to set creator-first industry standards in the tradition of our festival.”

Listeners can find “Tribeca Audio Premieres” on Tribeca Audio’s Apple Podcast Channel, and wherever you get your podcasts starting July 13.