Keep An Ear Out For Podcasts At The Tribeca Festival

The Tribeca Festival applauds storytelling across mediums, and this year’s celebration showcases what makes audio storytelling so special and important. 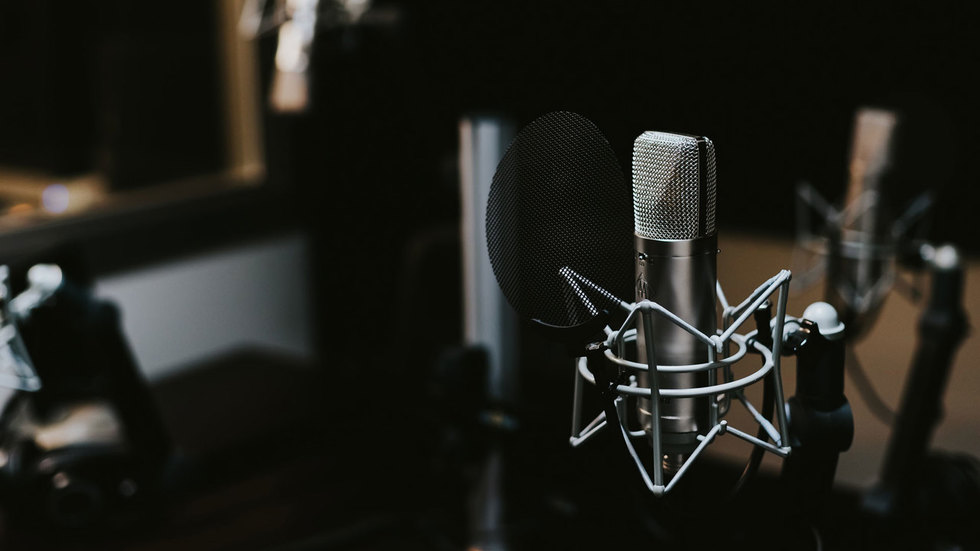 Since the first Tribeca Festival in 2002, the focus has centered on visuals; movies, TV shows, and immersive virtual reality projects threw participants headfirst into a multi-sensory narrative experience. But this year, we’re expanding our celebration of storytelling by recognizing the best new fiction and narrative non-fiction podcasts in Tribeca’s inaugural Podcast Program. “We wanted to create a platform to celebrate quality independent or emerging podcasts that otherwise might not have gotten the recognition they deserve,” says Leah Sarbib, the program’s curator and manager of Tribeca’s audio storytelling division.

With run times from 14 to 59 minutes long, the 12 podcasts (six in each genre) cover a range of genres from comedic romp to thriller to personal memoir to documentary. “So many different kinds of stories can be told with sound. We’ve only scratched the surface of what a podcast can be!” says Sarbib, stressing the programmers’ emphasis on choosing podcasts that harnessed everything the medium can offer.

Rather than highlighting podcasts with well-established fanbases and multiple seasons already available for streaming, the Tribeca Podcast Program translated a film festival approach to an audio-only format, including handing out juried awards for one fiction and one non-fiction project for the first time. “The world premiere model allows us to help these podcasts hit the ground running from the moment of their launch,” says Sarbib, adding that much like their filmmaking-counterparts, the creators of the selected podcasts will have the opportunity to network with industry professionals and meet with studios and networks — not to mention get exposure to the Tribeca audience and the possibility of press coverage.

However, podcasts have a unique advantage at this year’s festival, taking place June 9 through 20th: accessibility. There are no capacity limits or mandatory pod-seating arrangements and no viewing time slots. Two podcasts will premiere every day for the first six days of the festival and most will remain on all streaming platforms following their debut, allowing for early listener spikes and a chance to make it onto the radar of curated podcast lists like those on Audible.

Despite this being the first official Podcast Program, this isn’t Tribeca’s first foray into podcasting. The 2017 festival included a panel presented by Slate called Tribeca Talks: Podcast with Franchesca Ramsey and Aisha Harris. Two years later, the science fiction podcast Earth Break: A Few Suggestions For Survival, With Additional Hints and Tips About How to Make Yourself More Comfortable During the Alien Apocalypse by acclaimed indie director Aaron Katz and featuring the voice of Jenny Slate made its world debut. And in 2020, Tribeca fully entered the podcast game with the launch of Fierce, a series with iHeartRadio about forgotten women in history as well as an episodic airing of live recordings from past Tribeca Talks panels.

In addition to the premieres, this year’s lineup features in-person events that include previews of upcoming podcasts from Audible, Gimlet, and Apple TV+; live recordings of podcasts we love; and a Tribeca Talks panel with Radiolab’s Jad Abumrad and director Jason Reitman. Dive into the lineup and learn more about the advisory board behind the program here, and browse the passes on sale now to join Tribeca’s 20th anniversary celebration yourself.