To close out this year's festival, the cast of Martin Scorsese's mob classic GOODFELLAS celebrated the film's 25th anniversary with Jon Stewart. 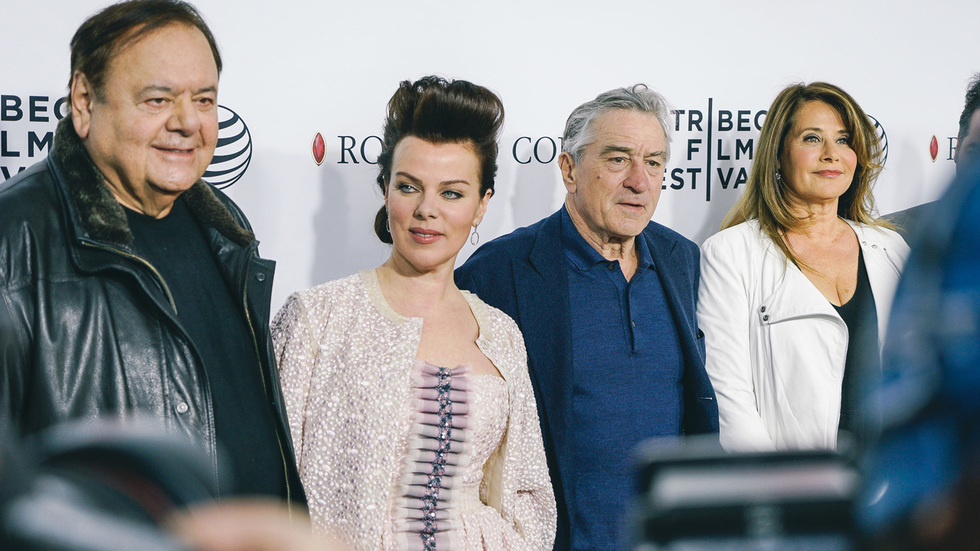 Nearly every beloved quotable from Goodfellas received heavy applause inside the Beacon Theater, where Martin Scorsese’s classic mafia film closed out the 2015 Tribeca Film Festival, in honor of its 25th anniversary. One of the scenes that elicited a particularly strong response was when the young Henry Hill comes out of the courtroom after being pinched yet never giving any of the elder “wiseguys” up; Jimmy Conway (played by TFF co-founder Robert De Niro) pulls him aside and congratulates Henry for abiding by the two most important rules in their line of work: “Never rat on your friends, and always keep your mouth shut.”

The second half of that philosophy was especially apropos last night. In a brief but star-studded Q&A session immediately following the movie, former The Daily Show host Jon Stewart chatted with Goodfellas stars Ray Liotta, Lorraine Bracco, Paul Sorvino, De Niro, and co-writer Nicholas Pileggi, who also wrote the film’s source material, the 1986 book Wiseguy; Martin Scorsese, unfortunately, wasn’t able to attend because he’s currently shooting his next movie, Silence, in Taipei. It’s not that anyone seated on the stage “kept their mouth shut” exactly; rather, their responses were short and sweet, giving Stewart little tidbits about the film’s production and history without getting super in-depth.

After all, wiseguys know when to keep things close to the chest. Once a “good fella,” always a good fella.

Before TFF premiered the new remastered version of Goodfellas, a new edition for which Scorsese updated his original camera’s negative print of the film, the evening got off to a hilariously deadpan start, thanks to De Niro, who introduced the fest’s Closing Night alongside co-founder Jane Rosenthal. Right off the bat, De Niro informed the audience that his Goodfellas co-star Joe Pesci wasn’t in attendance, but that he did send his old friend an email that read, “Fuck, fuck, fuckity fuck fuck.” Giving the crowd a moment to laugh, De Niro clarified Pesci’s sentiments: “I’ll translate: ‘Dear Bob, sorry I couldn’t be there—love, Joe.”

Since he’s in Taiwan shooting, Scorsese sent an extended video message that played before the movie got underway. In it, the iconic director thanked everyone who worked with him on Goodfellas, declared the scene where Liotta, De Niro, and Pesci eat a pasta dinner with his mother (who plays Pesci’s character’s mom) as the one in the film he cherishes the most, and remembered how audience’s initial negative reactions to the then-controversial Goodfellas in 1990 led to he and Pileggi getting locked out of their favorite Italian restaurant in Tribeca. The eatery’s Italian owners, it turned out, weren’t too fond of how Italians come across in Goodfellas.

That’s what happens when a film opens with three men opening a car’s trunk, stabbing the barely living guy stuffed inside of it, and then shooting him multiple times, just for good measure. As violent and in-your-face as any gangster movie out there, Goodfellas presents New York’s organized crime world of the 1960s through the early ’80s in all of its bullet-ridden and blood-soaked darkness, yet Scorsese’s film remains one of his most loved works because of its characters, all of whom are so well acted and so deeply conceived that they’re always likable—even when, yes, they’re shooting innocent men simply for laughs. Or as Stewart himself put it, “They’re bad guys but I want to hang out with them.”

The characters’ penchants for murder nearly caused Paul Sorvino to leave the production before it even started. In one of the Q&A’s most fascinating anecdotes, Sorvino told Stewart that, days before Scorsese was ready to yell “action,” he was on the verge of jumping ship. “I called my manager,” he recalled, and said, ‘Get me out of this—I can’t do it.” Sorvino, a gentle giant who likes the opera and poetry over tough-guy antics in real life, was having a really difficult time putting himself in the shoes of crime boss Paul Cicero, an intimidating capo who causes people’s deaths by merely nodding his head. His mind changed, though, one day while standing in front of a mirror. “I was going to fix my tie, and I saw that guy,” said Sorvino of the moment when he saw himself as the criminal Cicero. “That freaked me out.”

Liotta, on the other hand, had no doubts that he was Henry Hill, and to get the part, he “begged.” Before they started shooting, though, Scorsese told him not to talk to the real Henry Hill, to avoid influencing his performance in any possibly damaging ways. But after Goodfellas opened, Liotta received a call from someone telling him that Hill wanted to meet him at a bowling alley in California’s San Fernando Valley. Much to Liotta’s surprise, Hill instantly showered him with praise. “Thanks for not making me look like a scumbag,” Hill told him, to which Liotta, taken aback by someone actually complimenting his drug-using and womanizing take on Hill, responded with, “Did you see the movie?”

Not only has Jon Stewart seen Goodfellas many times, he quickly labeled it as one of his all-time favorites. He mentioned that it’d had a profound impact on him back when it first opened theatrically, when he was just an upstart joke-teller. “When I saw it back in 1990, it just about ruined my life,” he said. “I was a comedian, so you can imagine how I then ended every sentence with, ‘Funny how?’” A reference to, of course, one of the film’s most memorable scenes, in which Pesci’s hotheaded character, Tommy DeVito, busts Hill’s chops by pretending to take offense to being called “a funny guy.” (“I’m funny how? I mean, funny like I’m a clown? I amuse you?”)

Because Pesci couldn’t make it last night, Sorvino gamely carried Tommy DeVito’s ball-busting torch. For one of his final questions, Stewart asked the Goodfellas panelists if Joe Pesci’s doing okay, a fair question since Pesci’s been largely missing-in-action in the Hollywood scene recently, save for that one Snickers commercial. Abiding by that “never rat on your friends” adage, the panelists didn’t offer much, except for Sorvino, who snapped at Stewart with, “He’s fine, he just ain’t here! Don’t ask me no more questions!” 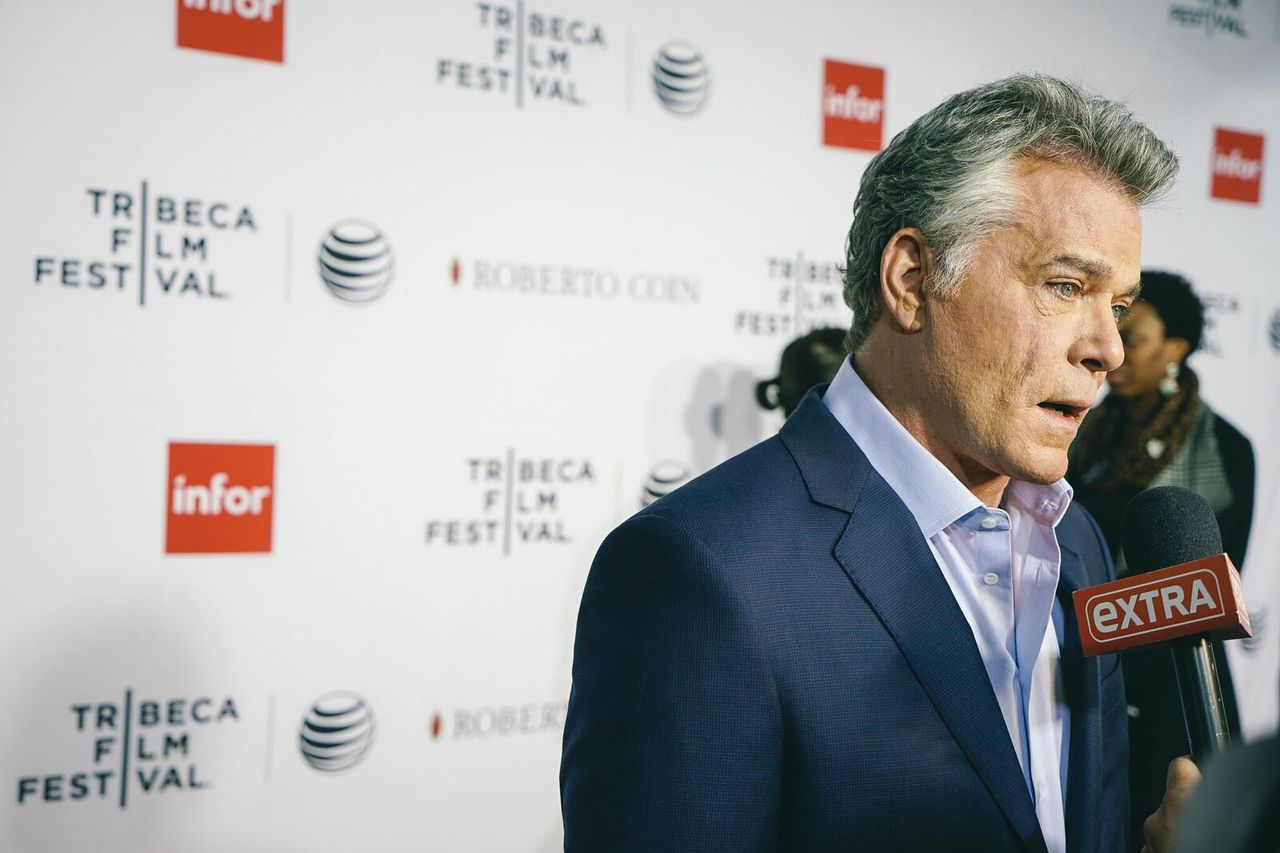 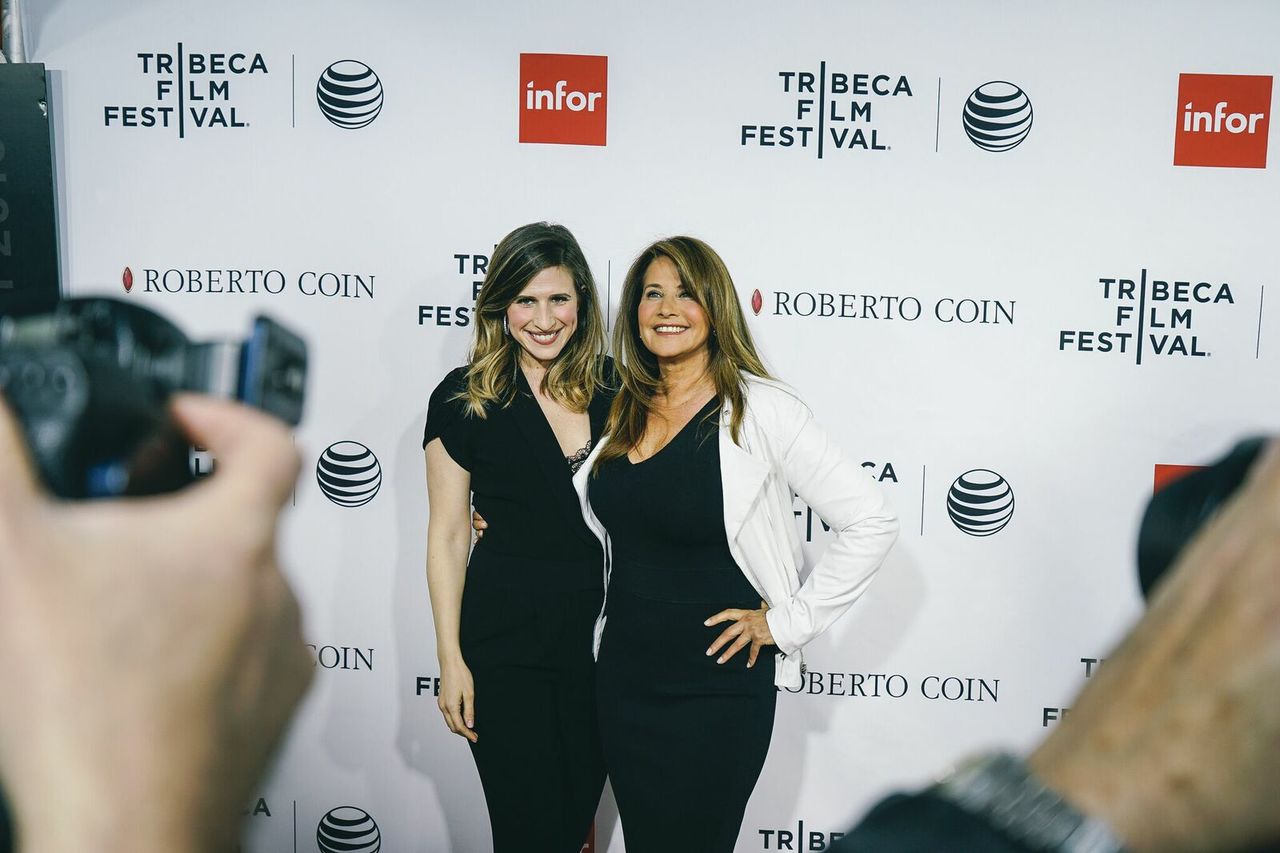 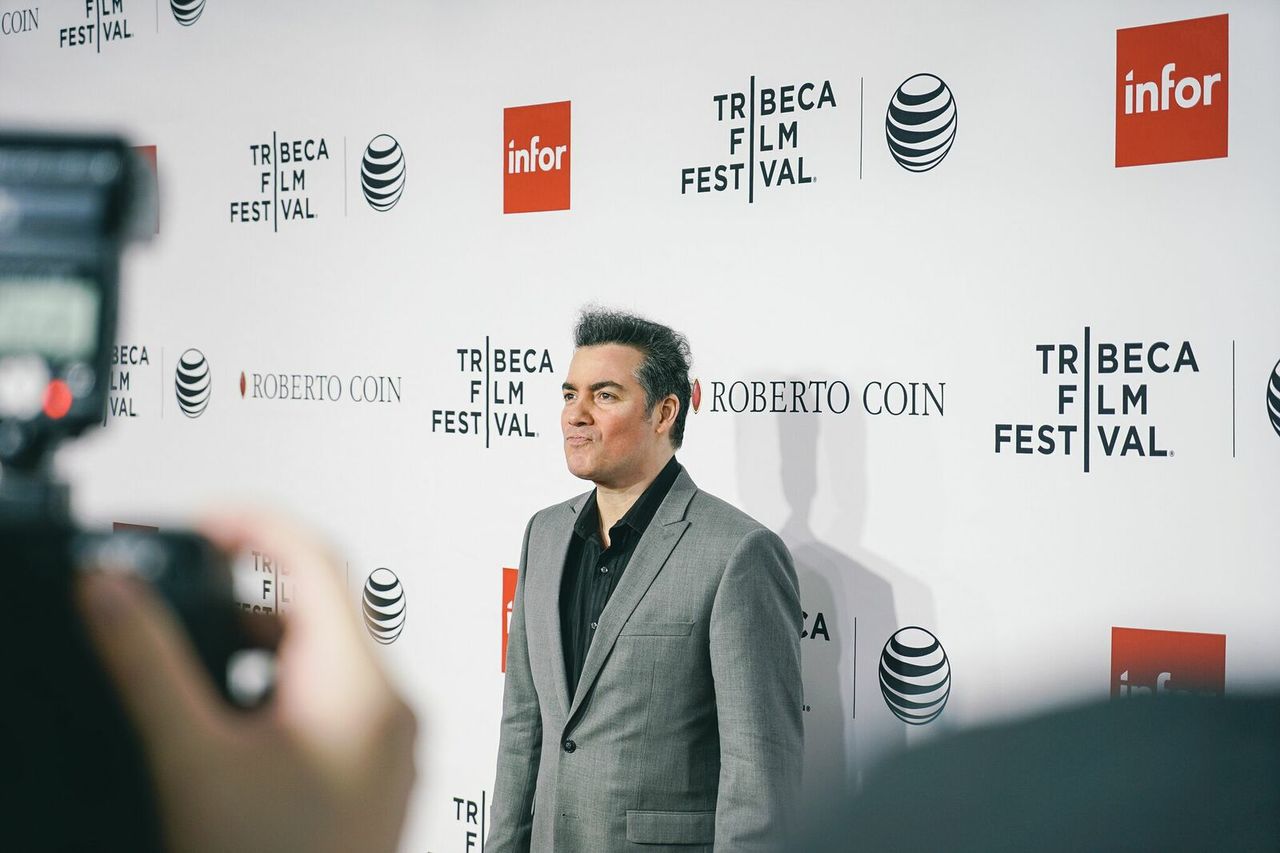 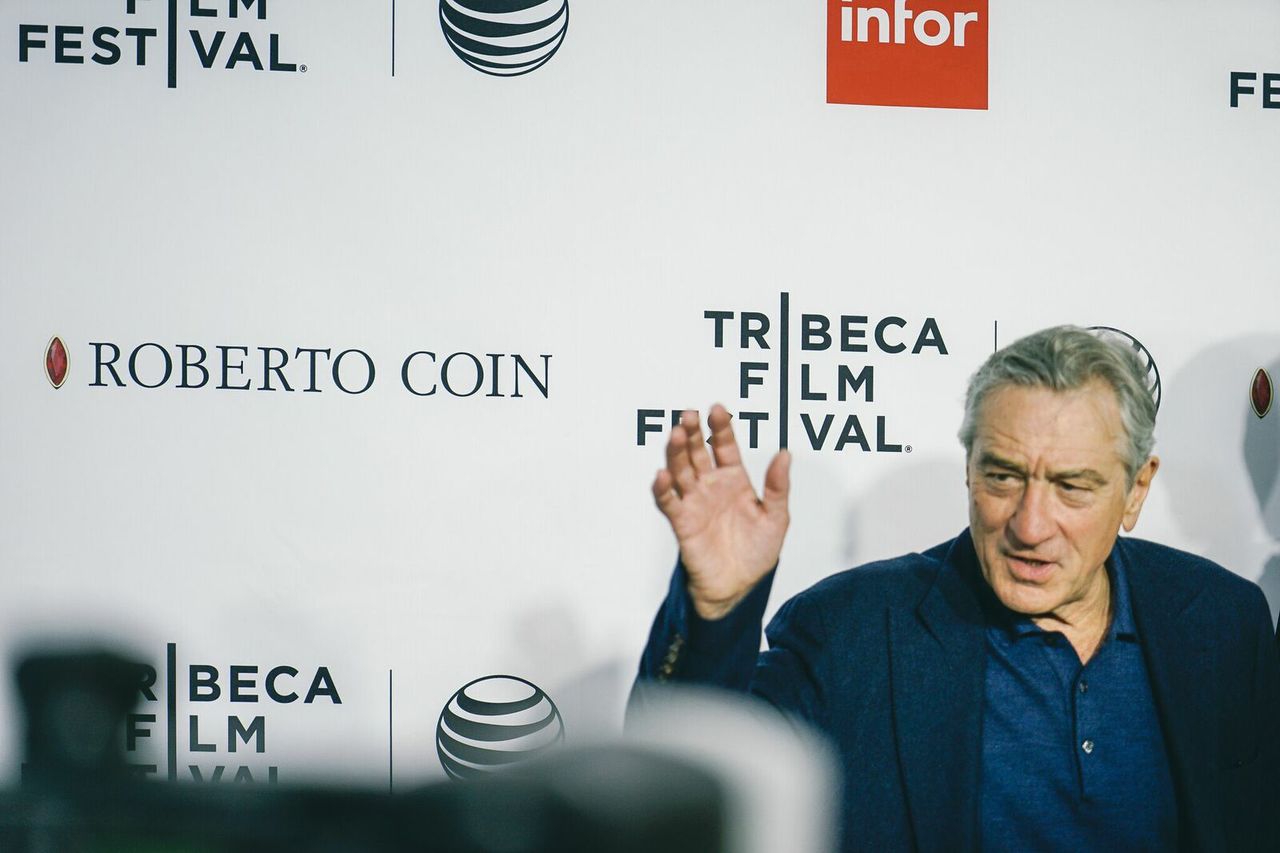 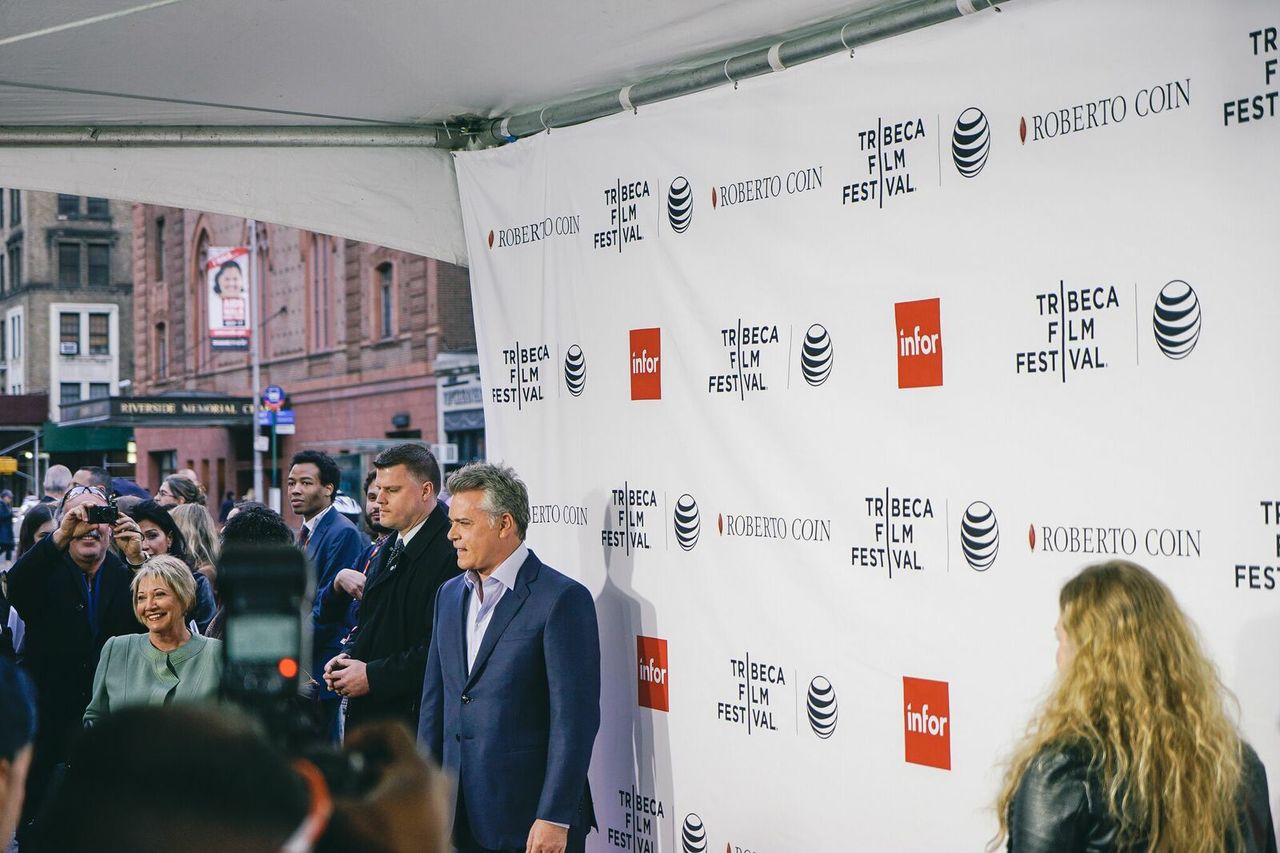 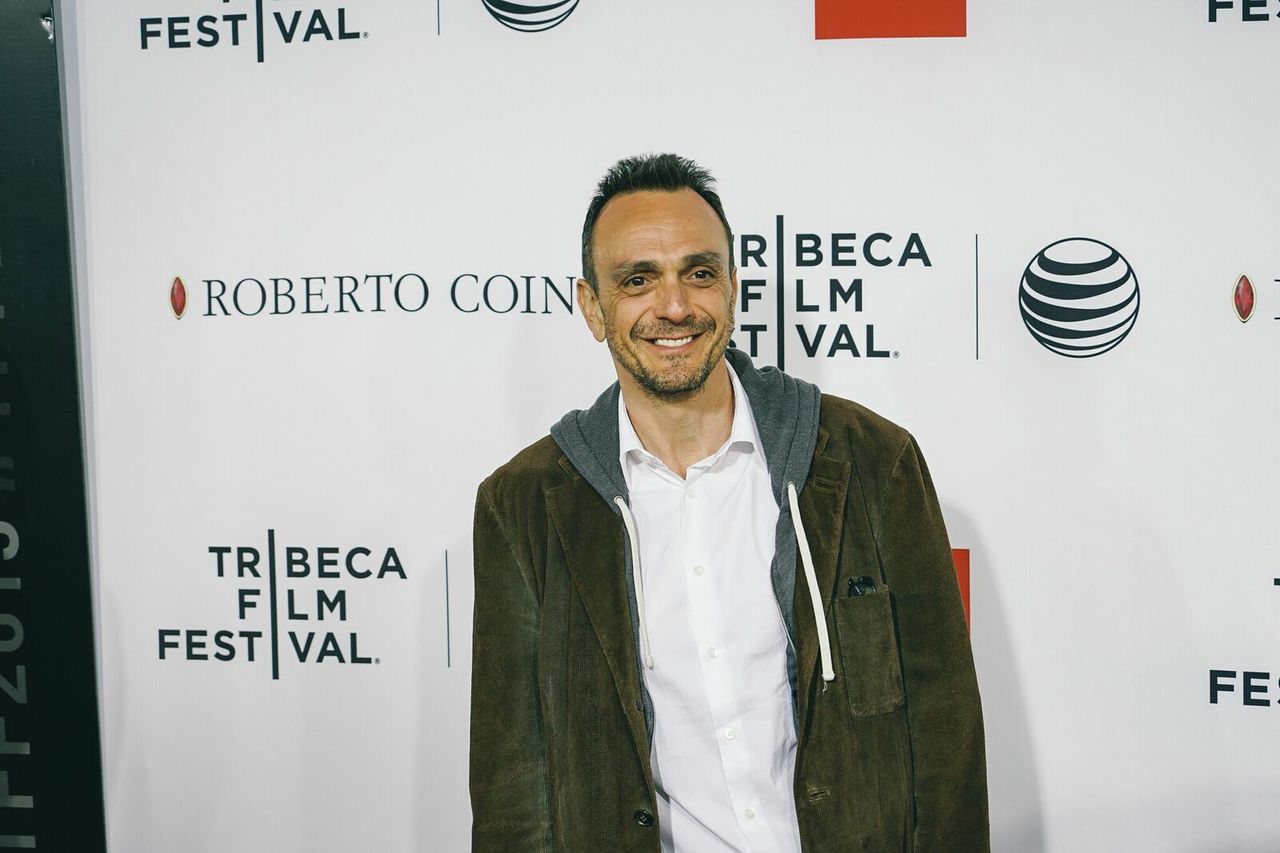 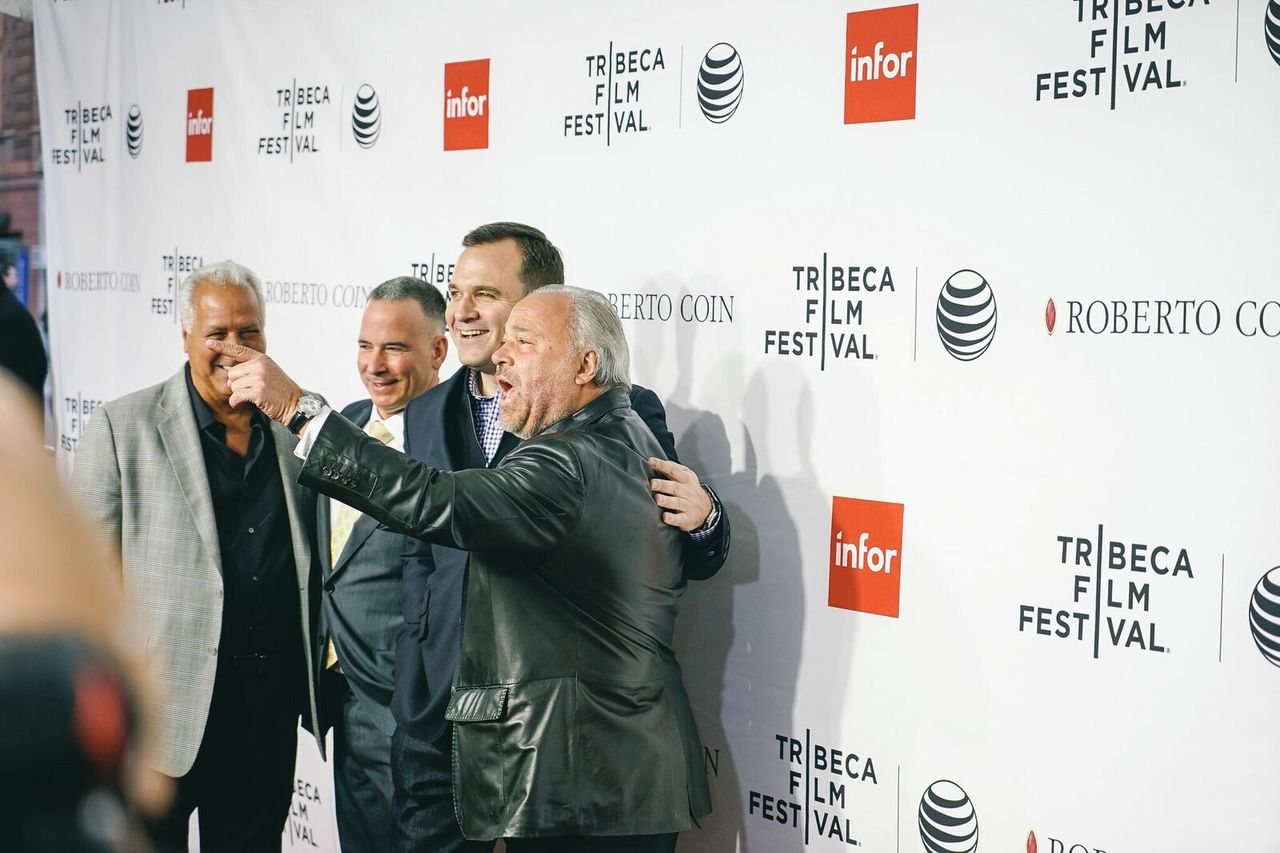 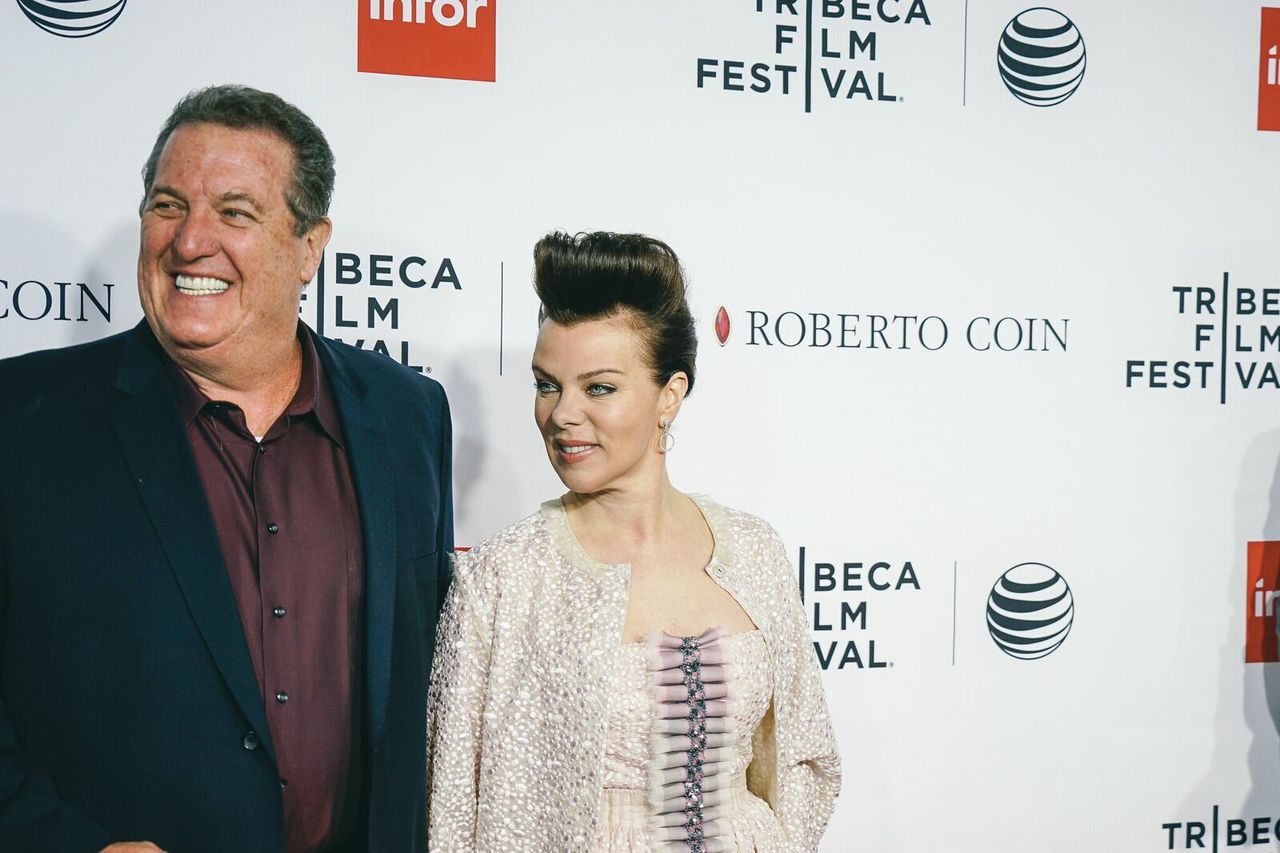 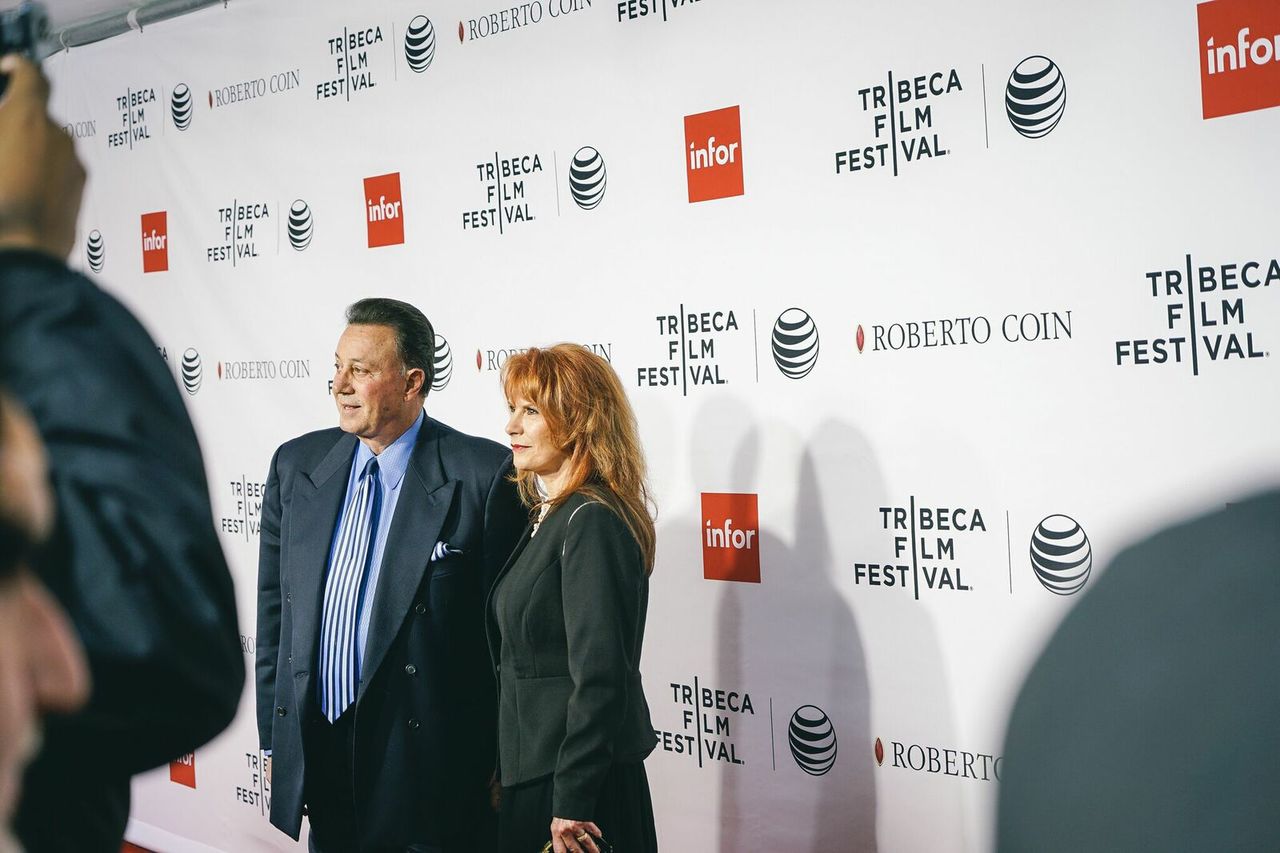 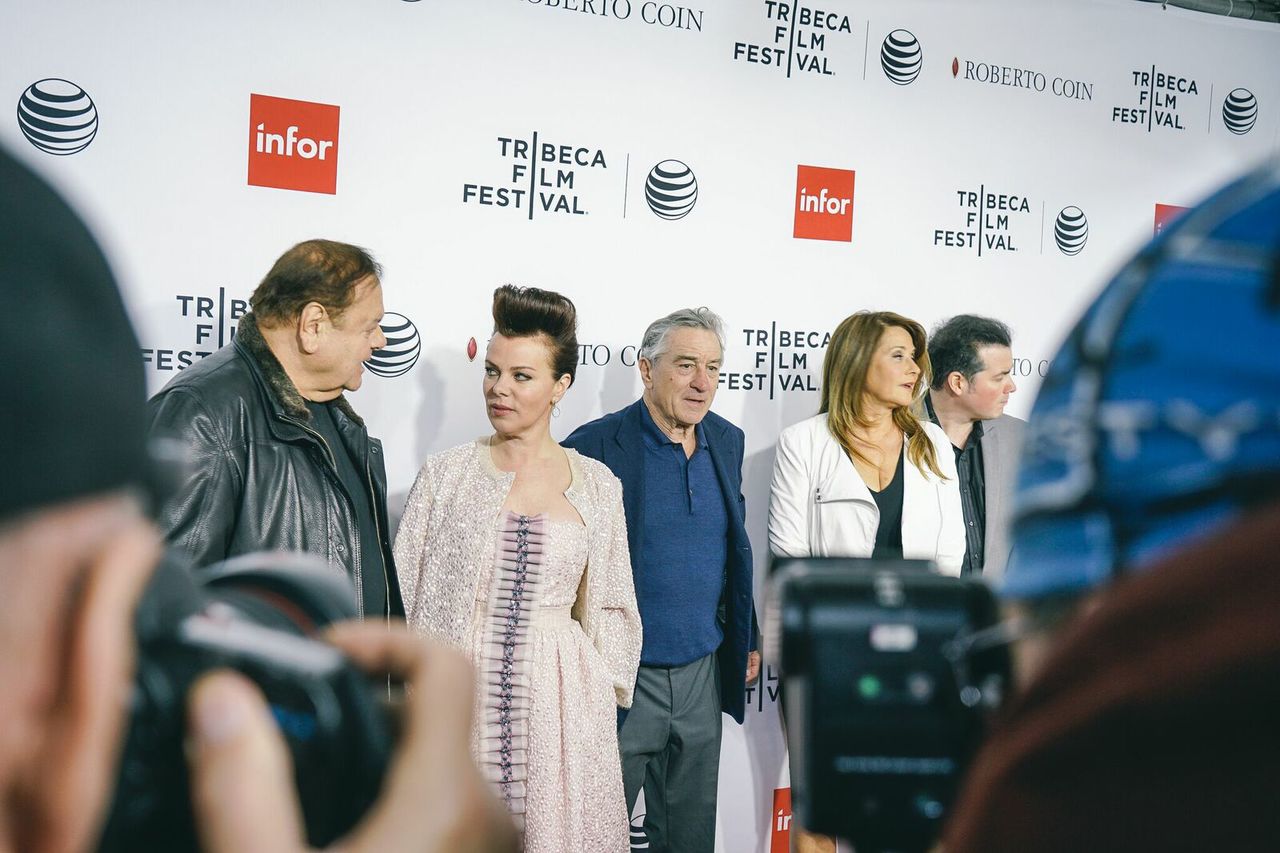 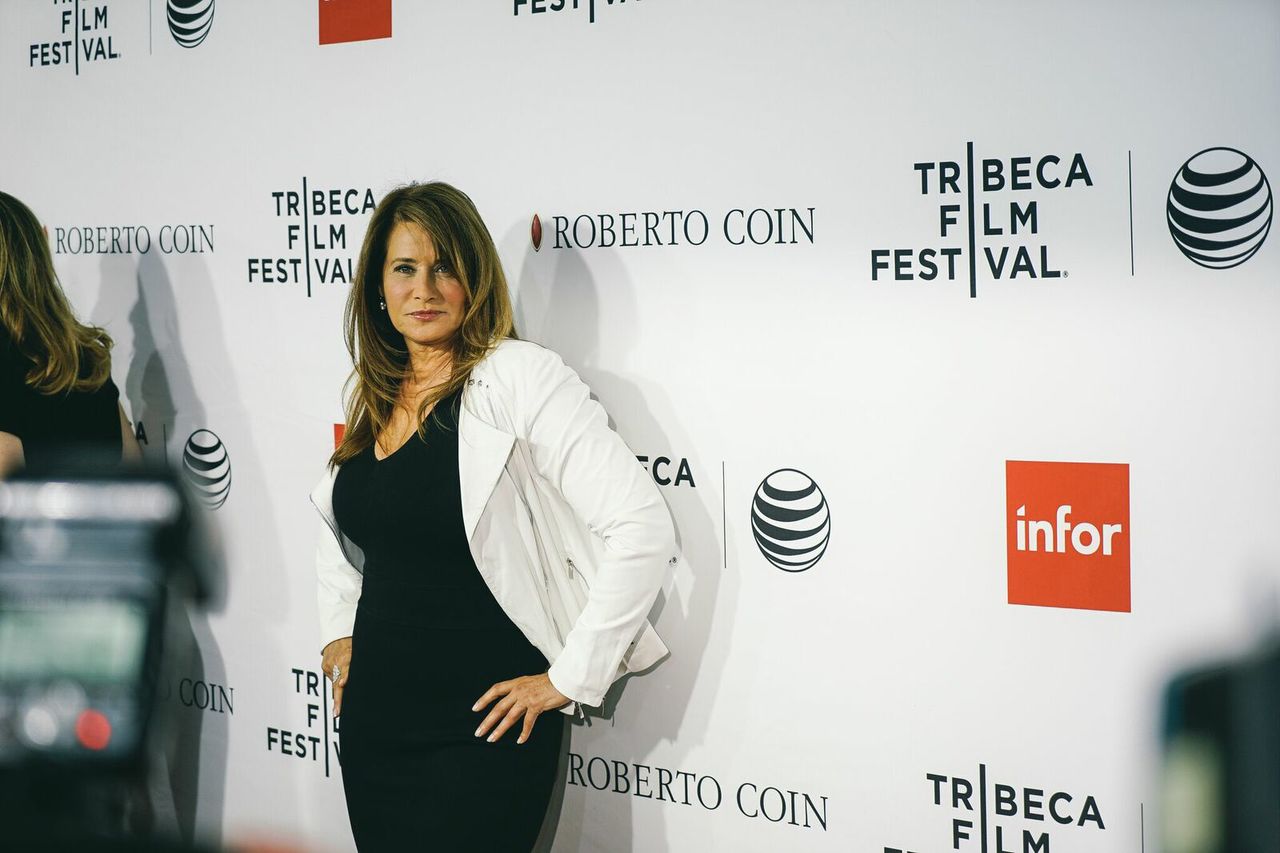 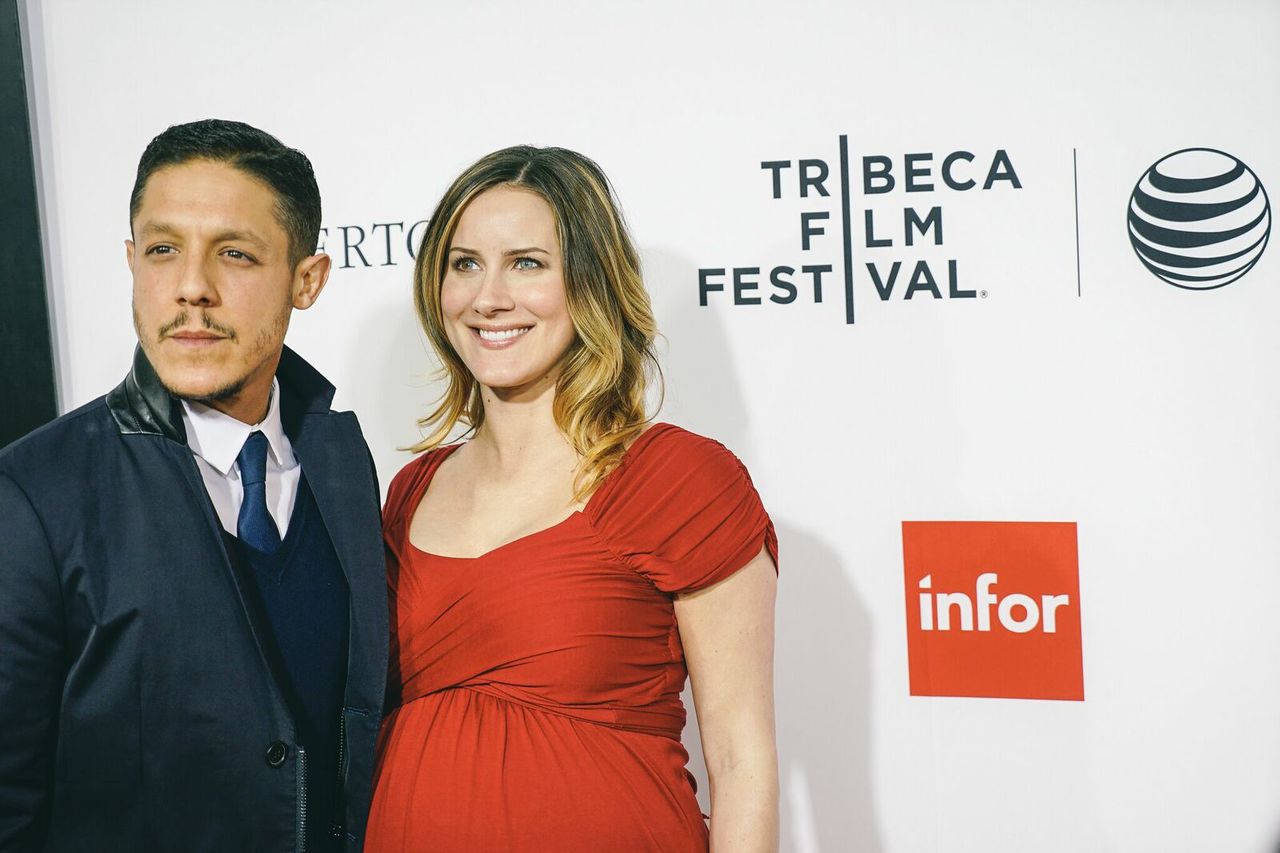