We’re throwing the Chairman of the Board a centennial celebration to remember at this year’s Festival. 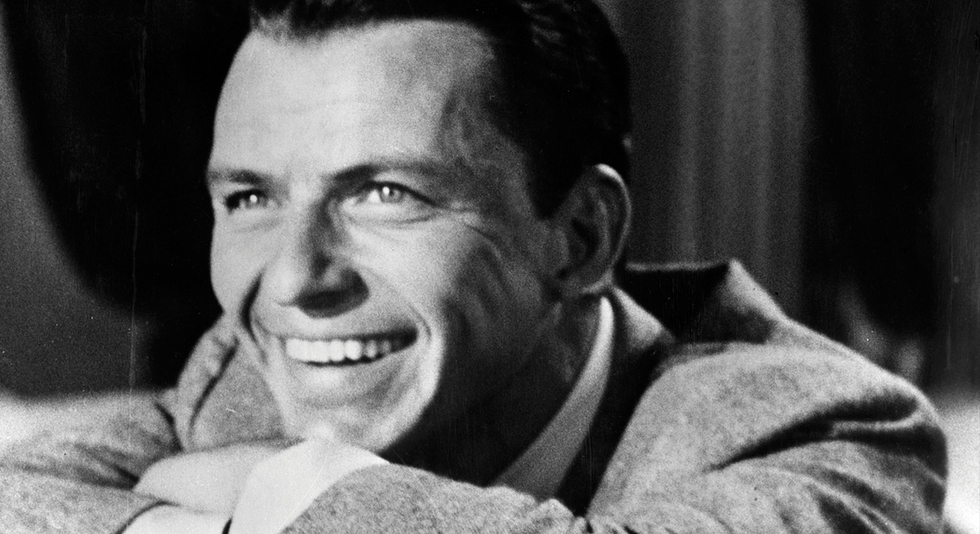 What better place to honor the Sultan of Swoon than at the 2015 Tribeca Film Festival, presented by AT&T, right here in the heart of his beloved New York City? We’re thrilled to bring music lovers and movie fans “Sinatra at 100: Film & Music in collaboration with Lincoln Motor Company,” a centennial celebration to honor Frank Sinatra’s legendary film career.

While audiences can see two Sinatra classics—Some Came Running and High Society—on Friday, April 24, the centerpiece of our celebration will take place on Tuesday, April 21, with an evening of film and music. After a new digital restoration of On The Town from Warner Brothers, we’ll be breaking it down with the Sinatra family and exclusive performances by legendary vocalist Tony Bennett, three-time Grammy Award-winning R&B crooner Ne-Yo, musician Brandon Flowers (The Killers), comedian, actress, and jazz musician Lea DeLaria (Orange is the New Black), dancer and choreographer Savion Glover, singer/songwriter Alice Smith, and bandleader/ songwriter JC Hopkins and the 12-piece JC Hopkins Biggish Band.

As you’ve probably guessed, this is going to be one of the hottest tickets at the 2015 Festival. Luckily, Tribeca and Lincoln are making this once-in-a-lifetime experience available to audiences across the country through both 360° and traditional viewing options with tracks from the concert and behind the scenes footage that will be available through an app and YouTube360.

Through the app, viewers will be able experience the concert either through Google’s Cardboard VR headset or right on their phones! So start spreading the news!  Plus, music lovers, New Yorkers and film fans will get to enjoy the YouTube360 experience before it launches this summer. We’re thrilled to be able to  give Ol’ Blue Eyes a proper party as part of  this very special centennial tribute.

This star-studded musical salute to Sinatra will take place after the Tuesday, April 21st screening of On the Town at Spring Studios, meaning that purchasing tickets to the film will automatically gain you access to the concert that follows. Get your tickets now!

On The Town
Directed by Stanley Donen, Gene Kelly
USA | 1949

New York, New York, it’s a helluva town. One of the most beloved entries from the Hollywood musical’s golden age, On the Town stars Sinatra and Gene Kelly as sailors on shore leave determined to make the most of their only day in the Big Apple.

Vincente Minnelli’s drama of love and loss in post-WWII America follows veteran Dave Hirsch (Sinatra) from Chicago to tiny Parkman, Indiana, where he is soon tossed between the charms of small-town life and the consequences of his time in the big city. Co-starring DeanMartin, Shirley MacLaine, and Martha Hyer.

Musician C.K. Dexter-Haven (Bing Crosby) enlists enterprising tabloid reporter Mike Connor (Sinatra) to help him win back the heart of his ex-wife (Grace Kelly) in this classic musical remake of The Philadelphia Story, featuring songs by Cole Porter and a guest appearance by the great Louis Armstrong.