Heads Up, Science Fiction Aficionados: The 2016 Tribeca Film Festival Has Plenty to Offer 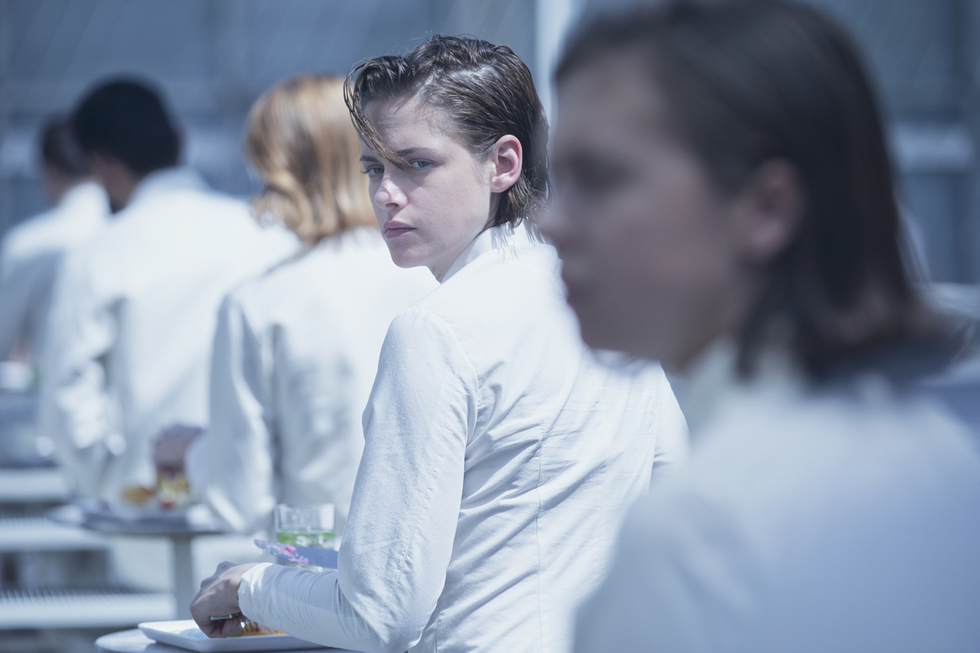 The 2016 Tribeca Film Festival will feature several great options for sci-fi lovers, including an entire short films section, Warped Speed, devoted to the genre. Tribeca is celebrating the 50th anniversary of Star Trek with a special screenings of the Kickstarter-backed For the Love of Spock, an intimate look at the late Leonard Nimoy, directed by his son, Adam Nimoy. The Festival's other sci-fi highlights include the Ben Wheatley-directed adventure High-Rise, starring the reliably charming Tom Hiddleston; the world premiere of the post-apocalyptic thriller Here Alone; and The Tunnel, the new short film by Norwegian filmmaker André Øvredal, whose 2011 found-footage gem Troll Hunter screened at the 2011 Tribeca Film Festival.

Read on for more details and synopses. For screening dates, visit the Film Guide. Tickets go on sale March 29.

Equals
Section: Viewpoints
Directed by Drake Doremus, written by Nathan Parker. (USA) – US Premiere, Narrative.
Set in a sleek and stylish future world, Drake Doremus’ sci-fi romance envisions an understated dystopia, where all human emotion is seen as a disease that must be treated and cured. Against this backdrop, coworkers Nia (Kristen Stewart) and Silas (Nicholas Hoult) begin to feel dangerous stirrings for one another. An A24 release.
BUY TICKETS HERE.

Here Alone
Section: Midnight
Directed by Rod Blackhurst, written by David Ebeltoft. (USA) – World Premiere, Narrative.
A virus has ravaged human civilization, leaving two groups of survivors: those who have managed to avoid infection, and those driven to madness, violence, and an insatiable bloodlust. Living deep in the woods, Ann, Chris, and Olivia are forced to fend off the infected while foraging for supplies. But when a supply expedition goes terribly awry, one among their number must make a terrible choice. With Lucy Walters, Gina Piersanti, Adam David Thompson, and Shane West.
BUY TICKETS HERE.

• Curve, directed and written by Tim Egan. (Australia) – World Premiere.
Clinging to a smooth, curved surface high above a sentient abyss, a girl tries to cover the few feet back to safety without losing purchase and falling to her death.
• The Tunnel (Tunnelen), directed and written by André Øvredal. (Norway) – World Premiere.
In an overpopulated future, a family travels home from the beach in heavy traffic; between them and the gigantic city in which they live, is a tunnel with a horrifying purpose. In Norwegian with subtitles.
• The Last Journey of the Enigmatic Paul WR (Le Dernier voyage de l'énigmatique Paul WR), directed and written by Romain Quirot. (France) – World Premiere.
The red moon threatens our existence on earth. Our only hope is the enigmatic Paul W.R., the most talented astronaut of his generation. But a few hours before the start of the Great Mission, Paul disappears. In French with subtitles.
• Never Happened, directed and written by Mark Slutsky. (Canada) – International Premiere.
After a pair of colleagues have an affair on a business trip they decide it might be for the best if it just never happened.
• Future Boyfriend, directed by Ben Rock, written by A. Vincent Ularich. (USA) – World Premiere.
Stuart and Kaylie are enjoying their third date until Stuart reveals a secret that threatens to derail their relationship. Is he telling the truth, or is it just science fiction?
• Reality +, directed and written by Coralie Fargeat. (France) – New York Premiere.
The brain chip "Reality+" acts on your sensory perceptions and allows you to see yourself with a perfect physique. All the people equipped with the chip can see your new appearance and you can see theirs. But the chip is only active for 12h a day... In French with subtitles.

Science Docs at Tribeca
For those wishing to take a little break from the fiction half of sci-fi, Tribeca will also be showing two science documentaries. Check them out:

Untitled Bill Nye Documentary
Section: Work in Progress
Directed by David Alvarado and Jason Sussberg. (USA) – Work-In-Progress, Documentary.
When it raised over $800,000 on Kickstarter, The Untitled Bill Nye Documentary broke the fundraising site's records and instantly became one of the most anticipated upcoming documentaries. Join the filmmakers and the titular Science Guy as they preview exclusive scenes from their upcoming doc and discuss their process, collaboration, and fundraising strategy.
BUY TICKETS HERE.

14 Minutes From Earth
Section: Viewpoints
Directed and written by Jerry Kolber, Adam "Tex" Davis, Trey Nelson, and Erich Sturm. (USA) – World Premiere, Documentary.
On October 24th, 2014, a secret three-year mission by a small crew of engineers came to fruition deep in the desert of New Mexico. There, a human being (Alan Eustace) was launched higher than ever before without the aid of a spacecraft—shattering all records. This film documents the mission and its greater implications for the scientific community and stratospheric exploration.
BUY TICKETS HERE.