Home » Tribeca News » Conspiracies and Cold War Intrigue Drive the Viewpoints Premiere HOUSTON, WE HAVE A PROBLEM!
View All News

Conspiracies and Cold War Intrigue Drive the Viewpoints Premiere HOUSTON, WE HAVE A PROBLEM! 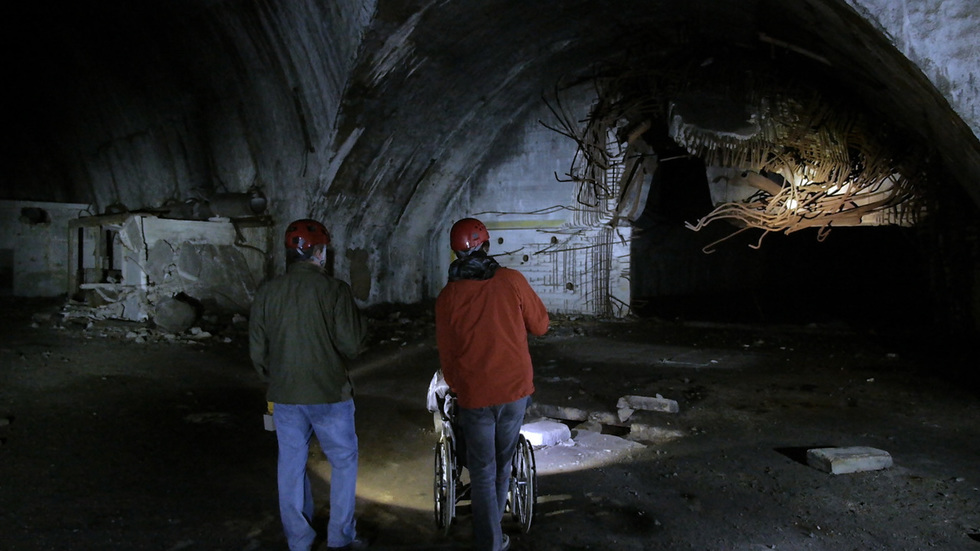 A scene from HOUSTON, WE HAVE A PROBLEM!, dir. Žiga Virc, part of the Viewpoints program.

In the 2012 documentary Room 237, filmmaker Rodney Ascher allows a group of movie-loving conspiracy theorists the chance to question director Stanley Kubrick's motivations behind directing the horror classic The Shining: Is it secretly about the Holocaust? Or possibly the genocide of Native Americans? Or even that mythological Greek monster the Minotaur? But the most compelling, if not equally far-reaching, theory centers around the 1969 moon landing. According to Room 237's skeptical talking head, Kubrick actually directed the footage of Buzz Aldrin and Neil Armstrong, and The Shining is his elaborate way to atone for doing so.

NASA's moon landing has long been strong fodder for conspiracy trackers, but its mysteries run deeper than where Aldrin and Armstrong famously planted that American flag. With Houston, We Have a Problem!, set to have its world premiere as part of the 2016 Tribeca Film Festival's Viewpoints program, first-time filmmaker Žiga Virc investigates one of the moon landing's least internationally known myths: that President John F. Kennedy and the U.S. government pulled off the galaxy-defying mission by purchasing Yugoslavia's space program in the early '60s.

Through exhaustive research and interviews with on-the-'60s-ground sources, Houston, We Have a Problem! amplifies the historical intrigue. Declassified top-secret documents and archival footage help to uncover the behind-closed-doors dealings between JFK and Yugoslavia's then-president Josip Broz Tito, yet Virc's clever blending of fact and fiction keeps the question marks front and center. Houston, We Have a Problem! has the tautness and plot twists of a Cold War thriller, the comprehensiveness of a History special, and the hypnotically paranoid vibes of Room 237. It's a hugely impressive achievement.

Here, Virc discusses how he went about deconstructing a five-decades-old conspiracy theory.

When did your personal interest in Yugoslavia's 1960s space program fiasco first begin?
I wouldn't call it so simply a fiasco—it's much more of a complex story. A few years ago I was working on research for a different film and came across interesting documents that intrigued me so much that we moved on to a new project, Houston, We Have a Problem! I have always loved stories from the Cold War era, which were always somehow unclear and mysterious. Think of Area 51, the moon landing, etc. The 1960s was a special decade, when it seemed that everything was possible. Space exploration was sort of a climax of that era.

Would you consider yourself a "conspiracy theorist"?
In the first place, I'm a filmmaker. Our docu-fiction film's main purpose is quite the opposite: It's to take a critical point of view not only on conspiracy theories, but rather what we perceive as the truth in general. In our film, fiction and reality are blended into a political thriller, inviting the audience to make their own judgment of what is true and what is not.

Regarding conspiracy theories in general, I usually take a critical stance. I try to understand why they are so popular. Conspiracy theories are mostly fairy-tale like, with a villain, which is usually a government, and a hero who leads the way. For example, as I'm aware, there were more than 400,000 people involved in the Apollo program. It was a journey of a few decades with many successful and failed missions. There are still remains on the moon. And it's scary that there can be one conspiracy theorist who claims it was a hoax and you end up with 7% of Americans who believe in that. That's one person with questionable evidence against all the scientific proof in the world.

Houston, We Have a Problem! made me think about the conspiracy-powered doc Room 237 and its section about how Stanley Kubrick faked the moon landing. Everything surrounding the U.S. space program back in the 1960s continues to perplex and intrigue people today. Why do you think the space race remains such great material for conspiracy theorists?
Philosopher Slavoj Zizek gives a nice remark in the film about conspiracy theories. He says, "Conspiracy theories are ideology for the common, stupid people. When you have a complex situation and you really cannot understand it, conspiracy theory gives a simple answer."

The moon landing is one of mankind's greatest achievements. When you dig into the archives or simply visit the Kennedy Space Center in Florida, you realize how massive and especially highly complex process that was. And here we go again with our theory about making complex situations simple. In my opinion, conspiracy theories, such as HAARP, Area 51, and chemtrails, have one thing in common: They catch our imagination. And imagination is more powerful than a bunch of scientific documents.

How did you and your co-writer, Bostjan Virc, approach this project from a storytelling angle?
The intention was to take a critical stance on the perception of reality in the media. On the other hand, we wanted to make an appealing film for a broad audience. From a storytelling angle, I wanted to have a clear three-act narrative structure with dramatic twists and a resolution. While researching the archives, you can easily get distracted by many interesting stories. The danger is, you can get stuck with a collection of subplots that simply don't work as a whole. So we were always asking ourselves, does this material serve our story?

The basic structure of the film lays on real historical events, supported by archival footage and filling the gaps with fiction. It's similar to the concept of the historical novel.

Former Yugoslavian president Josip Broz Tito is such a fascinating and charismatic figure in your film, despite the fact that he's only seen and heard in archival footage. What do you think makes him such a compelling protagonist?
Josip Broz Tito was one of the most controversial figures in world history, with a complex combination of good and bad sides, and that's how I portrayed him in the film. He was certainly very charismatic, and I believe that's why his presence, even if it's only through archival footage, is so lively. Another reason for this is also our decision to make him a "real" film character with ups and downs, joys and fears. He has a dramatic character arc. I didn't want to show him as just another historic figure seen in grainy generic images. We went to great extent to get the original unedited 35mm footage of Tito and use it with our own editing pace. Some footage has never been used before. When there was sound missing, our Foley artists did a great job.

By the way, during Tito's rule from 1945 to 1980, there were eight American presidents, and most of them actually met with Tito both in the US and Yugoslavia.

I'm a big history buff yet I didn't know anything about this story before your movie. Why do you think this story has gone so under-discussed and minimally covered in popular history?
It's probably a matter of world media agendas. As a matter of fact, Tito's Yugoslavia wouldn't have been successful without the generous American financial aid in the '60s, compared to NASA's yearly budgets at that time. There are many intriguing historical details. For example, Tito visited JFK in October 1963, and the United States granted additional multi-billion-dollar aid to Yugoslavia despite strong opposition. There was an assassination attempt on Tito during his stay in New York, but that wasn't successful. Three weeks later, President Kennedy was assassinated and Tito became the last foreign head of state to meet with Kennedy.

So, there's an example of chaotic and complex facts that never made it to the popular history. When these facts are connected into a myth claiming it was all because of a Yugoslav space program, suddenly everything falls in place. Whether it was true or not, I leave that up to the audience to decide.

Houston, We Have a Problem! will have its world premiere on Saturday, April 16. To buy tickets for any of its four screenings, click here.