Discover what it's like to live without sight with this extraordinary Tribeca 2016 VR project. 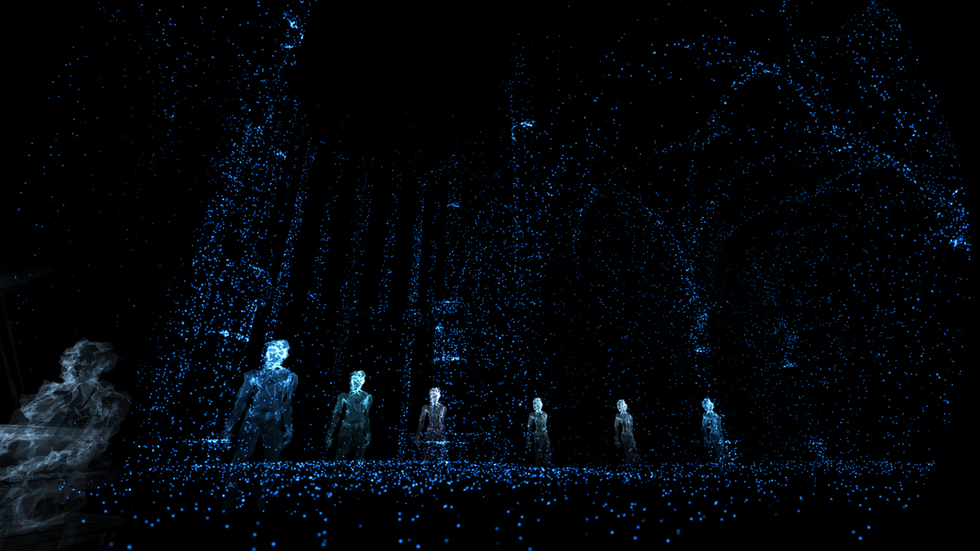 Notes on Blindness: Into Darkness, a 2015 TFI New Media Fund grantee, is a feature film and multi-platform interactive project based on the audio diaries of writer and academic John Hull, who, after decades of steady deterioration of his vision, became totally blind in 1983. To help him understand the turmoil he was feeling during this immense transformation, Hull began keeping an audio diary of his rapidly changing reality. For over three years, he recorded more than 16 hours of material capturing his personal experience of gradually becoming blind. World-renowned neurologist Oliver Sacks described Hull's account as "the most extraordinary, precise, deep, and beautiful account of blindness I have ever read. It is, to my mind, a masterpiece."

Notes on Blindness: Into Darkness will be a part of the Tribeca Film Festival's fourth annual Storyscapes program. "Visually, we were influenced by sequences in which the story and the visual are audio driven, such as the rain fight in Daredevil or the dance scene in House of Flying Daggers," says producer Arnaud Colinart. "One of our goals was also to give a strong emotion to the audience in an interactive experience. For that we drew inspiration from the online non-fiction piece Welcome to the Point, which is for us one of the best interactive works ever done."

Their initial approach to Notes on Blindness changed after incorporating audience feedback. "At the beginning of the project, we worked on a pure audio experience," says Colinart. "We noticed, however, that sighted users were unable to focus their attention on a black mobile screen. So we started to work on what could be a visual metaphor of the perception of the world for a blind man. We didn't try to be realistic but to give space for the user's imagination to unfold."

The Notes on Blindness team is committed to guiding audiences towards empathetic thought. They're also interested in a movement towards tech and VR accessibility for users with special abilities. The project's beautifully immersive visual storytelling and compassionate focus provide a glimpse at the potential power VR can have in shaking up our world for the better.