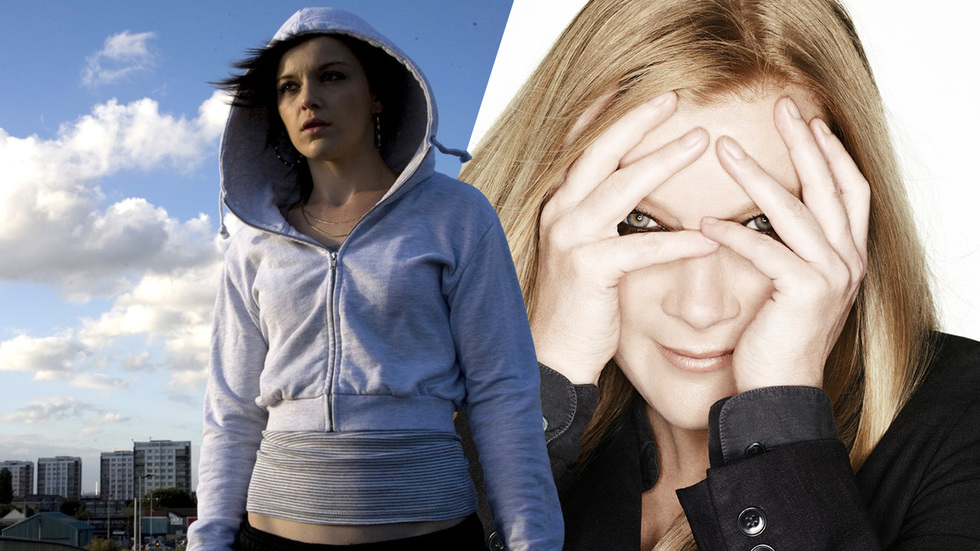 Andrea Arnold's exceptionally varied filmography is a striking example of embracing bold, even unlikely obstacles and yielding increasingly fruitful results. There's her highly unnerving Red Road (2006), made as part of the Dogme-adjacent Advance Party. There's Fish Tank (2009), her masterpiece of vérité portraiture that hinges on the galvanizing performance of a first-time actress Arnold found on the street. And then there's the bold genre experiment of her moody and divisive Wuthering Heights adaptation (2012), of which Arnold had this to say: "I don't like that film." Arnold later doubled down on her critique of her last film: “It was a difficult experience making it, for various reasons. I find it hard to look at it.”

Described as "one of the most instinctual, personal, and original filmmakers working today" by moderator and New York indie mainstay Ira Sachs, Arnold certainly lived up to the description during a Tribeca Talks: Directors Series event that was part-confessional conversation, part-indispensable master class from a writer-director who has quickly become one of contemporary cinema’s most fascinating badasses. (That is, a badass who’s also an Officer of the Order of the British Empire.)

Arnold is about to solidify that reputation even more with her upcoming American Honey, which will premiere in competition at next month's Cannes Film Festival and marks her first film shot in America. Starring Shia LaBeouf, Heaven Knows What breakout Arielle Holmes, and a cast of mostly unknown American "wild kids," as Arnold affectionately called them, the director's self-described "adventurous, brave venture" follows a roving group of young misfits who balance their day job as door-to-door magazine subscription salespeople with an unworried, hard-party lifestyle. Which, of course, makes them fitting subjects for Arnold's organic brand of filmmaking. "I love chaos," Arnold cheekily admitted during the talk, "because it brings life."

She initially settled on the subjects after reading a New York Times article, which painted a world of young people to whom Arnold was instantly drawn. In preparation for the picture, Arnold went on cross-country road trips by herself in order "to make an emotional connection with America," journeying across the Midwest and the South, where she encountered intense poverty and rampant drug use.

The final result, which Arnold describes as a "a mix of documentary and my script," is also a proud product of self-recognition for the director. "[American Honey] is the most 'me' I've ever been," she revealed about the film and its production, which involved all of the no-frills, minute-by-minute elements that have become standard Arnold trademarks: no rehearsals, storyboards, or shot lists. "I like to feel the day," she claimed. There were also weekly script deliveries that kept her largely nonprofessional actors on their toes.

When it came to cobbling the cast together, Arnold relied on her own particular brand of "street casting," which means "hanging out looking for people on the street," i.e., the same formula that brought Fish Tank's incredible Katie Jarvis to her attention while her future leading lady was having a public row with her boyfriend. For American Honey, Arnold found herself searching far and wide for her roustabout ensemble, including the beaches of Panama, where she approached hordes of drunk teenagers and asked them to audition in a Wal-Mart parking lot, after which she was occasionally tasked with taking them home once they had passed out.

She also found herself playing an entirely new role during the film's shoot, which entailed spontaneous and frequently raucous road trips whose destinations even the cast didn't have a clue about: "I was worried someone might die… I became a bit like a parent towards them."

In the eyes of filmgoers, Arnold may not quite be at the same level of popularity as her personal auteurist heroes, among them David Lynch, Andrei Tarkovsky, and Lars von Trier. The Easy Rider-like promise of American Honey may help to change that, but for now, Arnold's most faithful fans can breathe a sigh of relief in knowing that this singular cinematic risk-taker is still stubbornly yet gloriously refusing to settle for the conventional.