Home » Tribeca News » With THE DIARY OF A CHAMBERMAID, Benoît Jacquot Continues to Embrace the Ambiguous
View All News

With THE DIARY OF A CHAMBERMAID, Benoît Jacquot Continues to Embrace the Ambiguous 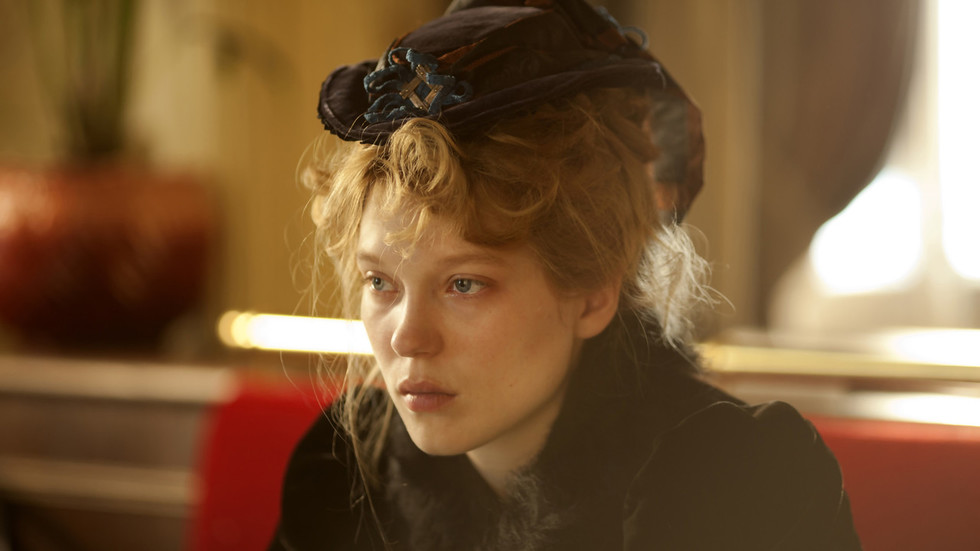 Revisiting a work previously adapted by the likes of Jean Renoir and Luis Buñuel might be an intimidating and even avoidable venture to most filmmakers, but not Benoît Jacquot. The prolific French writer-director returns to the screen this week with an enticingly wicked new interpretation of Octave Mirbeau's classic novel The Diary of a Chambermaid. Diary re-teams Jacquot with the fabulous Léa Seydoux, who previously leant her talents for humanizing self-restrained ciphers to Farewell, My Queen, Jacquot's 2012 revisionist Marie Antoinette drama. In Diary, Seydoux reemploys those talents to cheekily embody Célestine, a restless and rebellious chambermaid to a horrid provincial couple who becomes dangerously drawn to the family's taciturn gardener (frequent Jacquot collaborator Vincent Lindon), who himself posses some particularly dark political beliefs. I talked to Jacquot about the allure of ambiguous female characters, his impeccable stars, and the unnerving issue at the center of Mirbeau's dated story that continues to rear its head in France's present.

The Diary of a Chambermaid has certainly been no stranger to cinematic interpretation over the years, including by two of our most reputable auteurs. What inspired you to revisit such a seminal text on film?

After I read it, I felt that there really was a film I could make. And what I kept in mind while I was reading it was that I really wanted it to be a film that would be of interest to me, personally. And after reading the book, I found it was. It was a story that interested me personally. It’s the portrait of a woman and many of my films have really focused on stories of women, so in that sense it was really appropriate. I also felt, after reading it, that the book, even though it was written a century ago, has a real resonance with current events and what’s happening in our time now.

You co-wrote the script with Hélène Zimmer, a young filmmaker who previously helmed the coming-of-age drama Being 14, a 2015 Tribeca selection. Over the course of your career, you’ve worked with many different co-writers on a number of films. What was the process like of working with Hélène and what does teaming with other writers contribute to your own filmmaking process?

Helene is the person who suggested that I read the book and she is the one who really pushed me to read the book. And so I think it was really only natural that when I read it and decided there was a screenplay there that I would ask her to co-write it with me.

This version of Diary can best be described as a loose adaptation of Mirbeau’s novel in that it captures its spirit but is by no means beholden to its narrative. What were the thought processes behind the elisions and rearrangements that went into bringing this story to the screen?

For me, the process was really a process of destruction, which was then followed by a process of construction. And what I do is when, I read the work that I’m going to adapt, I try to identify all those things that are the main interests and [inspire] the main interest for me in the work. And then I am left with these excerpts. From that point, then, I can build some sort of order or structure or [consecutiveness] to them so that there’s a coherent story.

What was your main interest in Diary?

What draws you towards ambiguity in your work?

A lot of people say that ambiguity is the devil’s work, but I actually think it’s the law of the world. I think that this really begins to delve into the realm of philosophy, but I think that ambiguity begins with the ability to speak. If you think about it, animals don’t lie. But once we, as human beings, begin to learn how to speak and start to speak, the ambiguity comes in because, when we speak, we can speak the truth, we can speak what isn’t true, or we can speak both at the same time. And you can say the truth when you say [you’re] lying.

This is your second time working with Léa Seydoux and your fourth collaboration with Vincent Lindon after a trio of films in the nineties, and they’re each ideally-cast. What is it about each of these performers that inspires you to return to them and what made them uniquely qualified for these roles?

As soon I started thinking about [adapting Diary], I immediately also began thinking about [Léa]. She’s the only French actress of her age [who] is able to wear the costumes, have the hairdressing, and look as if she’s from that era but still very much maintain herself in the present.

And I think, for me, this is a really horrific character [Vincent] is playing. It was very important, given that he was such a horrific character, that I had to give him some kind of charm that would prevent people from being immediately and totally repelled by him and by the film itself. And I’ve known Vincent Lindon for a long time, he’s a very close friend. And I knew that he had this very innate charm [that] he was able to bring to what is, basically, a horrible character. So he’s able to bring horror with the charm and also the charm with the horror.

The look of the film, particularly the costume designs, are all meticulous in their ways. But they also convey an unidealized worldview that seems in keeping with Célestine’s perspective and circumstances. How did you come to these very deliberate aesthetic choices?

With the costumes, particularly Célestine’s costumes, Léa and I worked on [those] together. We thought them through, we really worked out what it was, what kind of look she should have, what these costumes should represent for her, during the prep part of the film. It was very important that [her costumes] immediately mark her as someone who does not feel she is in the place that fate has put her in. And she doesn’t live in it. And the idea, when you see her at the very beginning, where she is completely overdressed for the position that society has put her in, is that you know that this [job] is something she wants to leave. She wants to escape.

Mirbeau’s story possesses an inherently political nature that still remains relevant today and which the movie certainly grapples with, primarily when it comes to Joseph’s vitriolic antisemitism. This film arrives at a time when France is dealing with an unsettling rise in antisemitic violence and rhetoric. How much of this was on your mind while conceiving and making Diary?

I think that the political was after the very personal reasons of wanting to show a woman and wanting to portray a woman who tries to escape the trap society has put her in. I think that the whole idea and issue of antisemitism is something that touched me very much when I was reading Mirbeau’s book. And I felt that it was also something that really echoed so much what has been happening in France now, what has happened in the last few years, and what we thought had actually been eliminated for a while. I think that when you look back and see the progression and what happened, I think that it’s safe to say that modern European antisemitism, as we see it now, is really a French creation. You pivotally came of age as a cinephile and future filmmaker during the French New Wave. In what ways does this period of cinema still inform and influence your work today?

It’s ambiguous in the sense that it’s something that’s still very strong for me. But yet whenever I’m going to be making a film, I try to put every other film that I’ve ever seen or known about out of my head. I try to concentrate on the film that I’m making and make it as if it was the first film that’s being made.